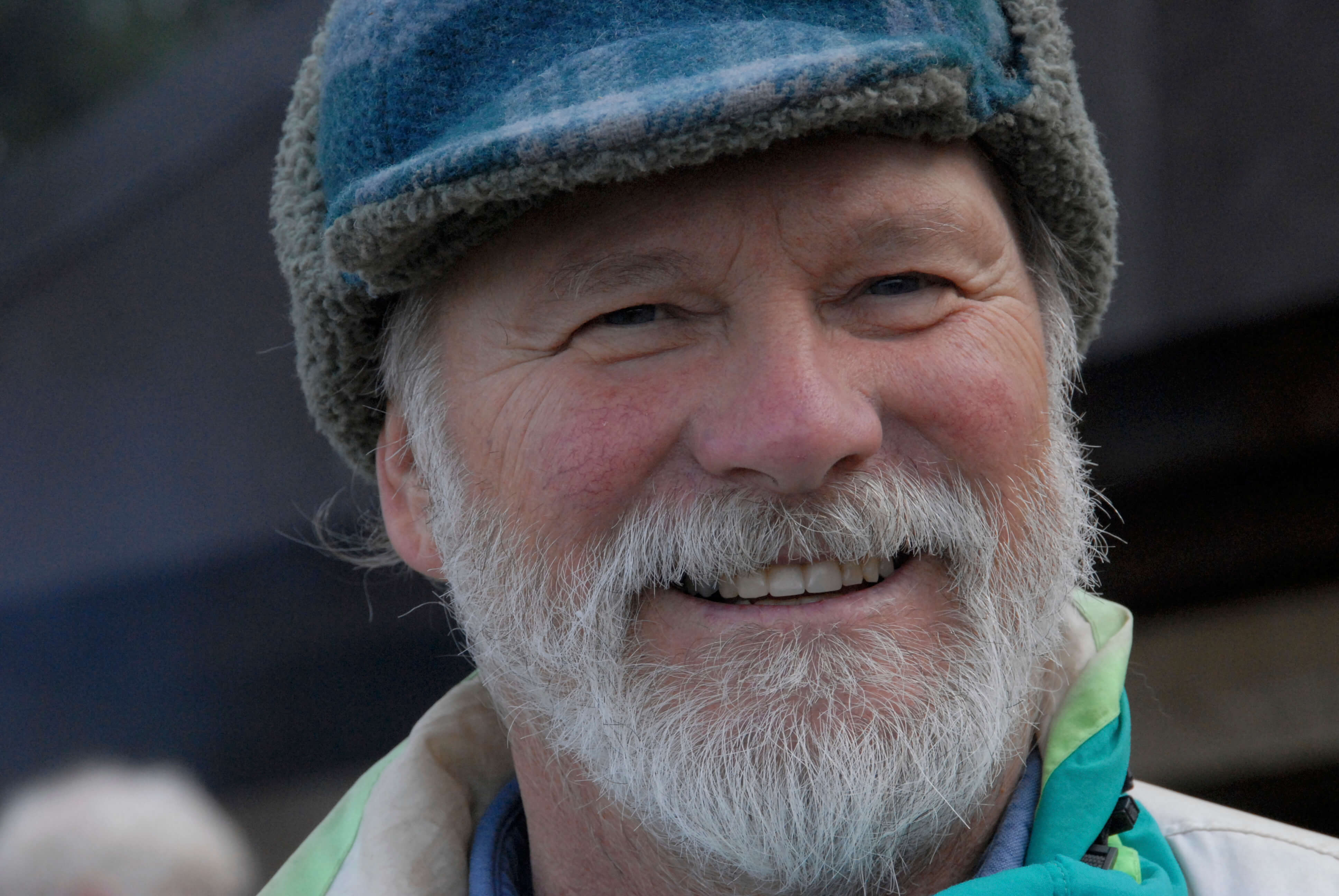 Ward Marshall Eldridge was a longtime Sitkan who left a tremendous mark on the community. Ward served on the board of the Sitka Conservation Society and was a long-time member. There are stories of Ward that will surely become legends. He was intimately connected with the ocean and the Alaskan environment. He was an activist and was always ready to speak up and speak out issues where things needed to be said. Ward worked close with SCS staff and always offered encouraging words, helpful advice, and positive feedback that buoyed spirits and kept everyone focused, engaged, positive, and hopeful.

Ward came from an old New England whaling family. Ward learned to love boats and boating at a young age with his father and grandfather. He came to Alaska in 1968 as a college student seeking a summer adventure, and he quickly fell in love with the land and people of northern Alaska. He stayed in Alaska to continue his education at University of Alaska Fairbanks, but he found his true niche that first summer fixing equipment and making things work at Camp Denali. He met his first wife Shelley Rogers and they moved to Juneau where their daughter Cinead was born. Ward left a job with the City of Juneau to pursue a fishing career, and after their marriage ended, he moved to Sitka in 1973. He longlined and handtrolled the F/V Shelley Cinead and the F/V Her Highness.

In 1979 while visiting his parents in Jacksonville, Florida, Ward came upon the S/V Merlin, a derelict wooden schooner, built in 1888 to a Herreschoff design. He spent the next six years rebuilding the schooner from the keel up, at first returning to Alaska in the summer to fish, then working full-time on the Merlin. During those years he married Hope Lynn, and when the boat was finally finished, Ward, Hope, and her son Jason Hermann, sailed the boat to the Caribbean, through the Panama Canal, and out to Hawaii. They sailed into Sitka in 1988, as the Merlin turned 100 years old.

The Merlin became part of the scene at Crescent Harbor, and Sitka once again became home. Ward turned the shipwright skills that he had developed into a new career. As he grew older, he shifted the focus of Merlin Marine to marine electrical systems and other types of marine maintenance and repair. The highlight of every summer was a cruise on Merlin exploring Southeast Alaska. In 1999, he was anchored in Still Harbor, Whale Bay, south of Sitka and returned from a brief kayak paddle to find the boat had been sunk by a whale. The desire to raise the historic schooner led to the formation of the Sitka Maritime Heritage Society, with the dream of turning the boat into a teaching vessel and museum. The newly formed Society coordinated a community effort that successfully raised the Merlin. The discovery of humpback whale baleen in the hole in the hull corroborated the theory that the boat was sunk by a whale.

Ward will be remembered for his love of boats, the ocean, and the Alaskan wilderness. He was always ready to share his technical skills and his knowledge of the waterways and navigation. He mentored many young fishermen and women, teaching everything from basic skills such as use of a crescent wrench, to aligning engines. The last time Ward visited the SCS office, he worked with a young SCS staff member to write a letter to the editor calling out one of our Senators to step up and take action on climate change. The topic was disheartening to her and frustrating and worrying for Ward. But in the action that he took, he showed her how speaking out for what is right is something that will always be a salve for our frustrations and help keep us all on course and moving forward.

We will miss Ward’s participation in all of the SCS events, activities, protests, and civic actions, and we will really miss him stopping by the office to talk about current issues and get updates on what the organization is working on, but we’ll celebrate Ward’s ideals and values in all the work that we do because his life has helped to shape us and our community.