About Us
Staff and Board
Annual Reports
Employment
Contact Us 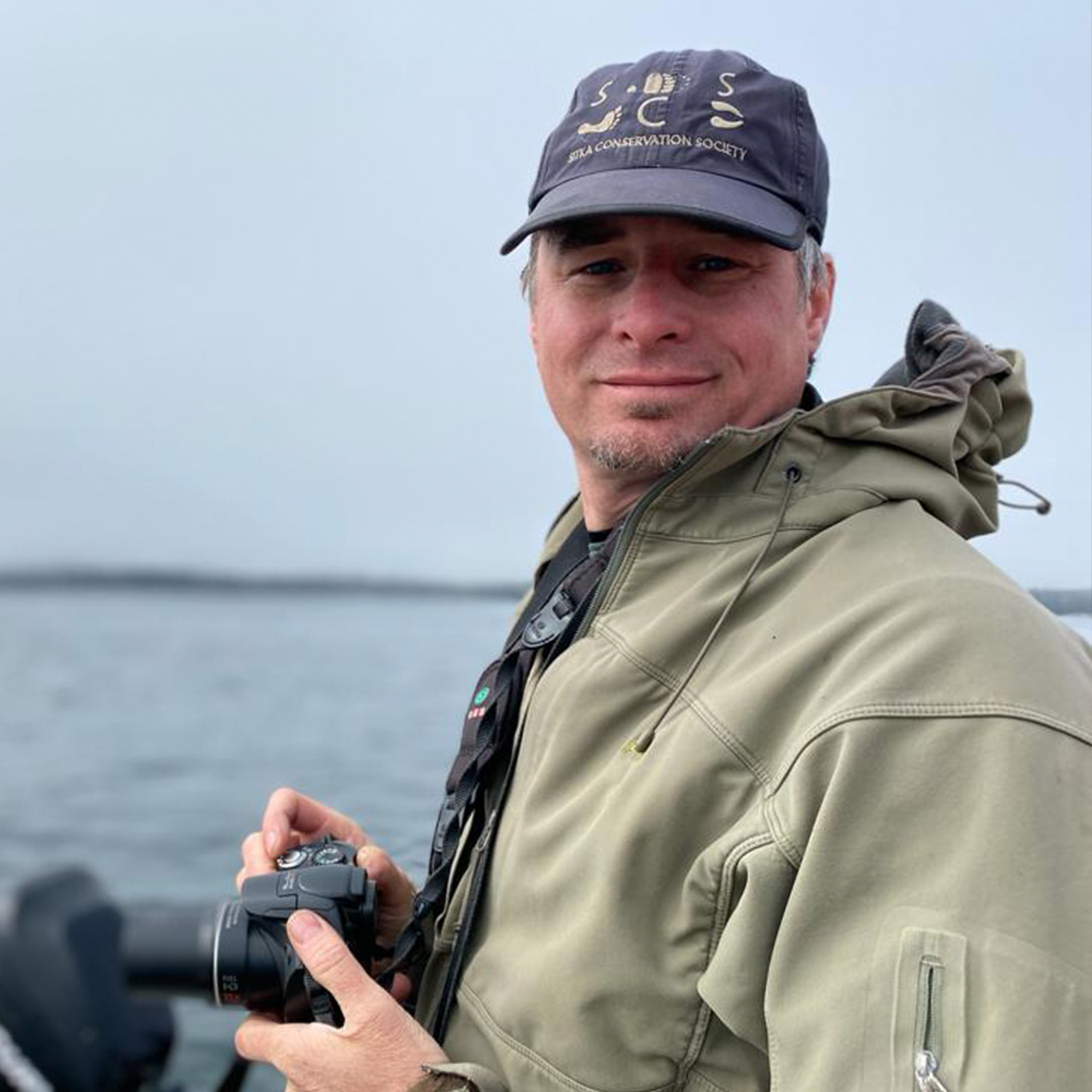 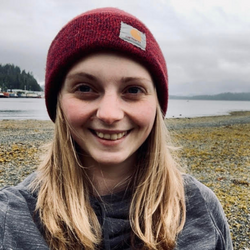 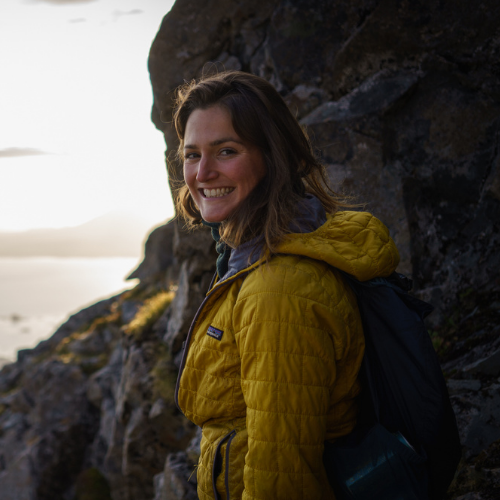 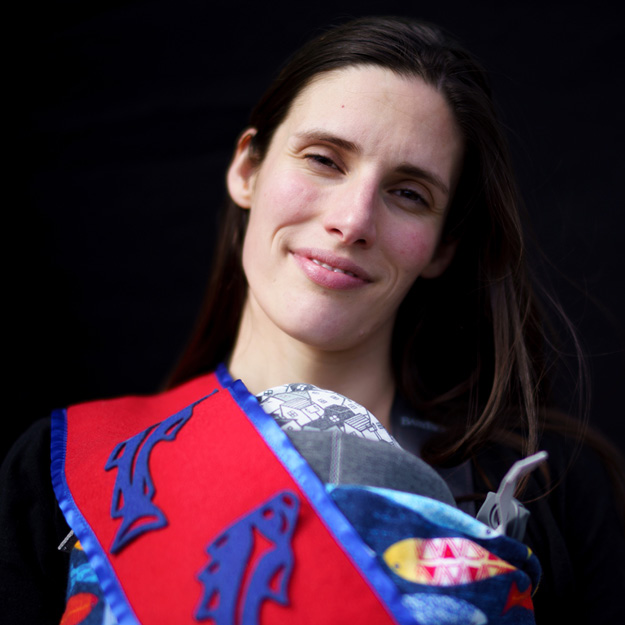 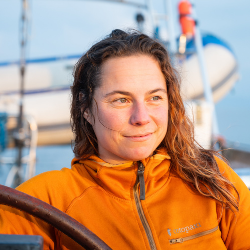 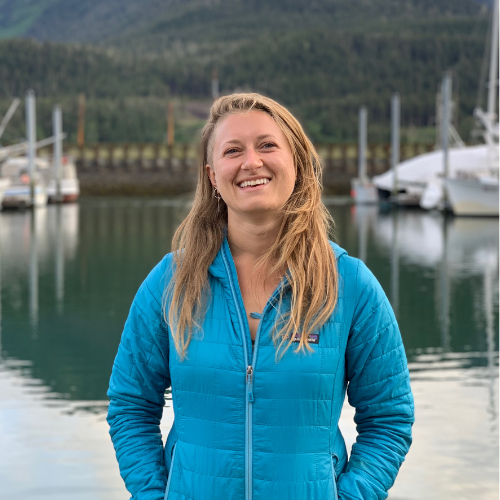 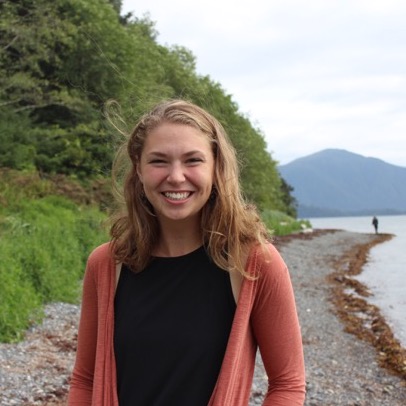 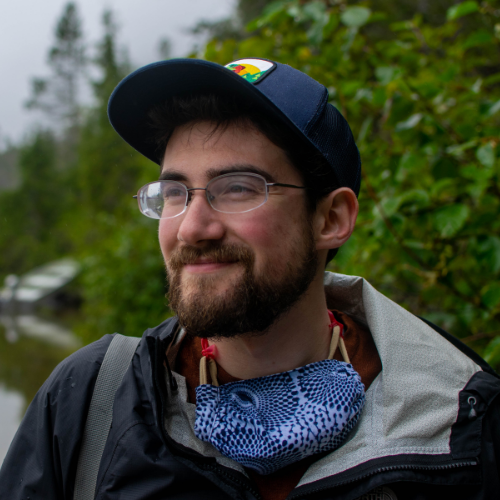 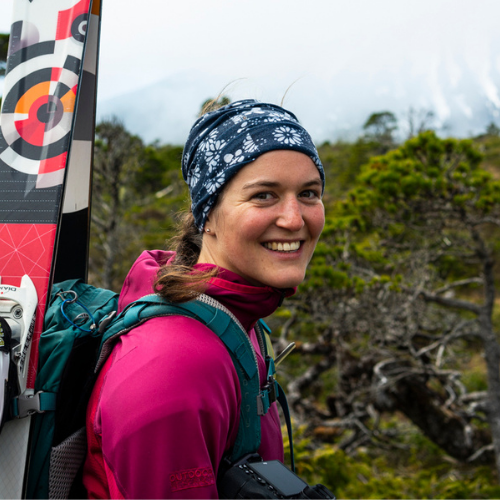 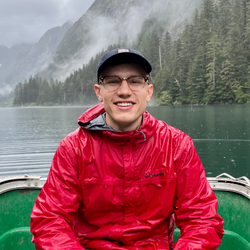 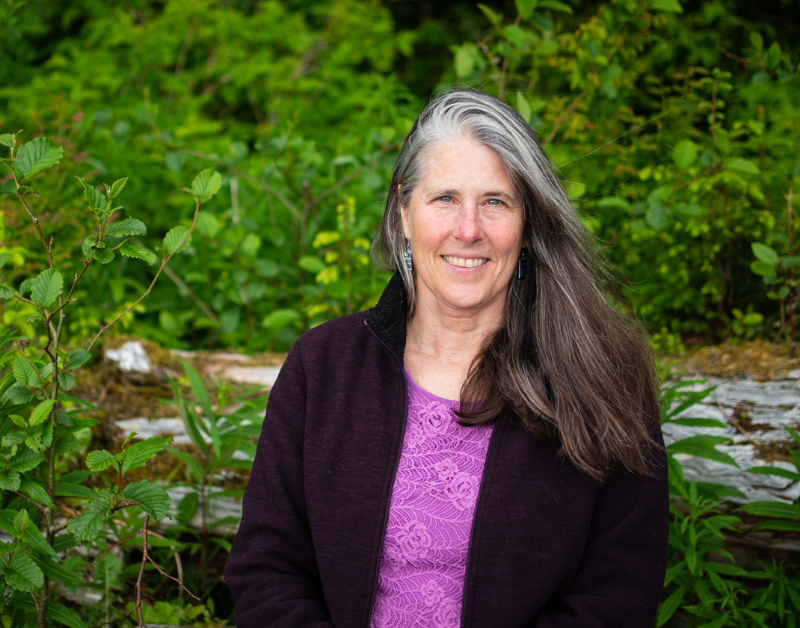 Debra Brushafer, President, moved to Sitka AK in 1992. She has worked as a family practice physician since her arrival in Sitka. She is an avid outdoors person. She enjoys kayaking, hiking, camping, and boating to explore the beautiful Tongass with her family and friends. Her husband, children, and she regularly subsistence hunt, fish, and gather. She believe in preserving the Tongass for future generations. Debra joined the SCS Board in 2015 and became Board President in 2020. 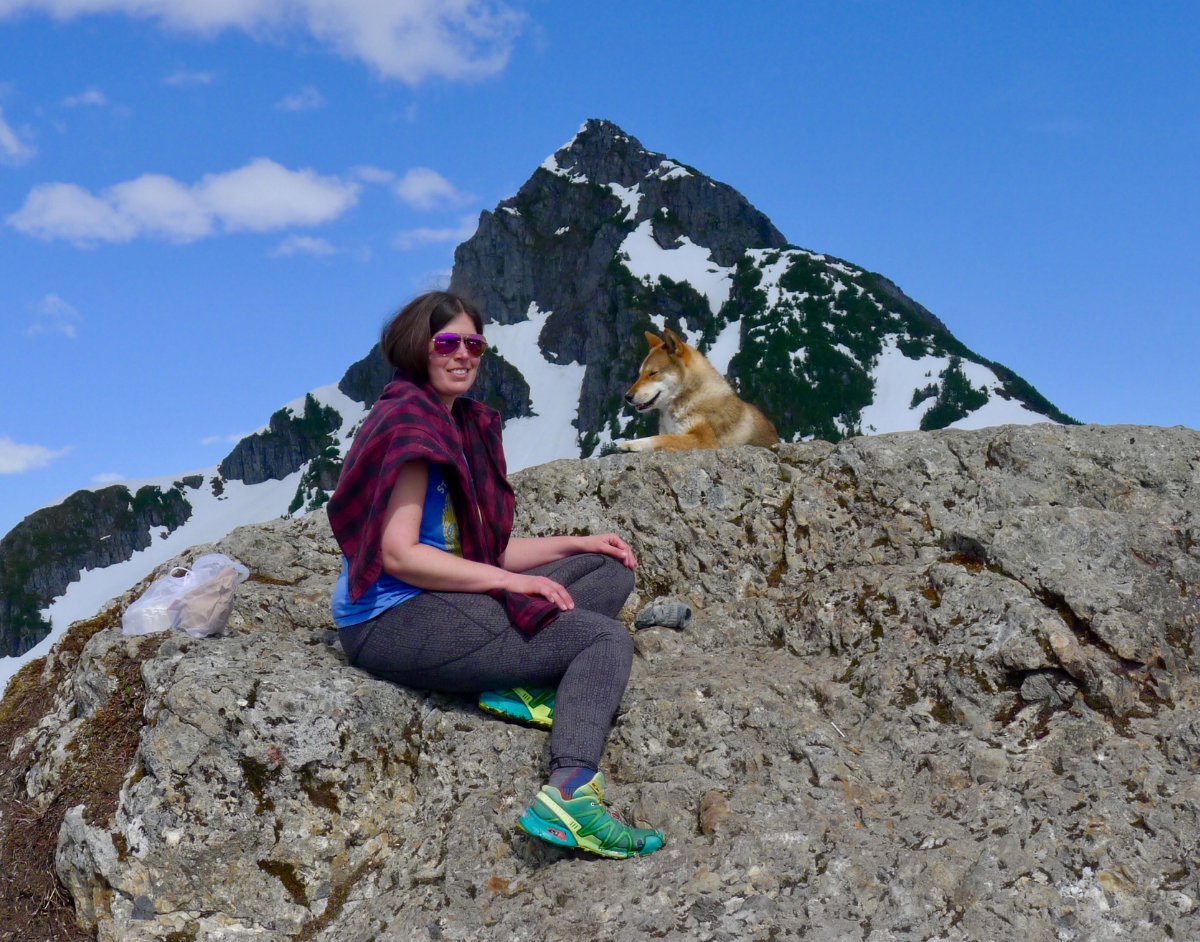 Krystina Scheller, Vice President, is originally from Hawaii and has always had close relationship with the land and water around her. In 2015, Krystina moved her family and her Arctic sailing business to Sitka via the Northwest Passage. Her passion for the environment and sustainable living has taken her to some of the most remote parts of the Northern Hemisphere including the Central Arctic Ocean, Northwest Greenland and Ellesmere Island. During her voyages she has seen firsthand the devastating results of climate change, the disappearing sea ice and the side effects of industrial practices in remote locations. Her lifelong relationship with the natural world and firsthand knowledge of the affects of climate change motivated her to join the SCS Board. She has a degree in Political Science and Economics from Drew University. Krystina became Board Vice President in 2021. 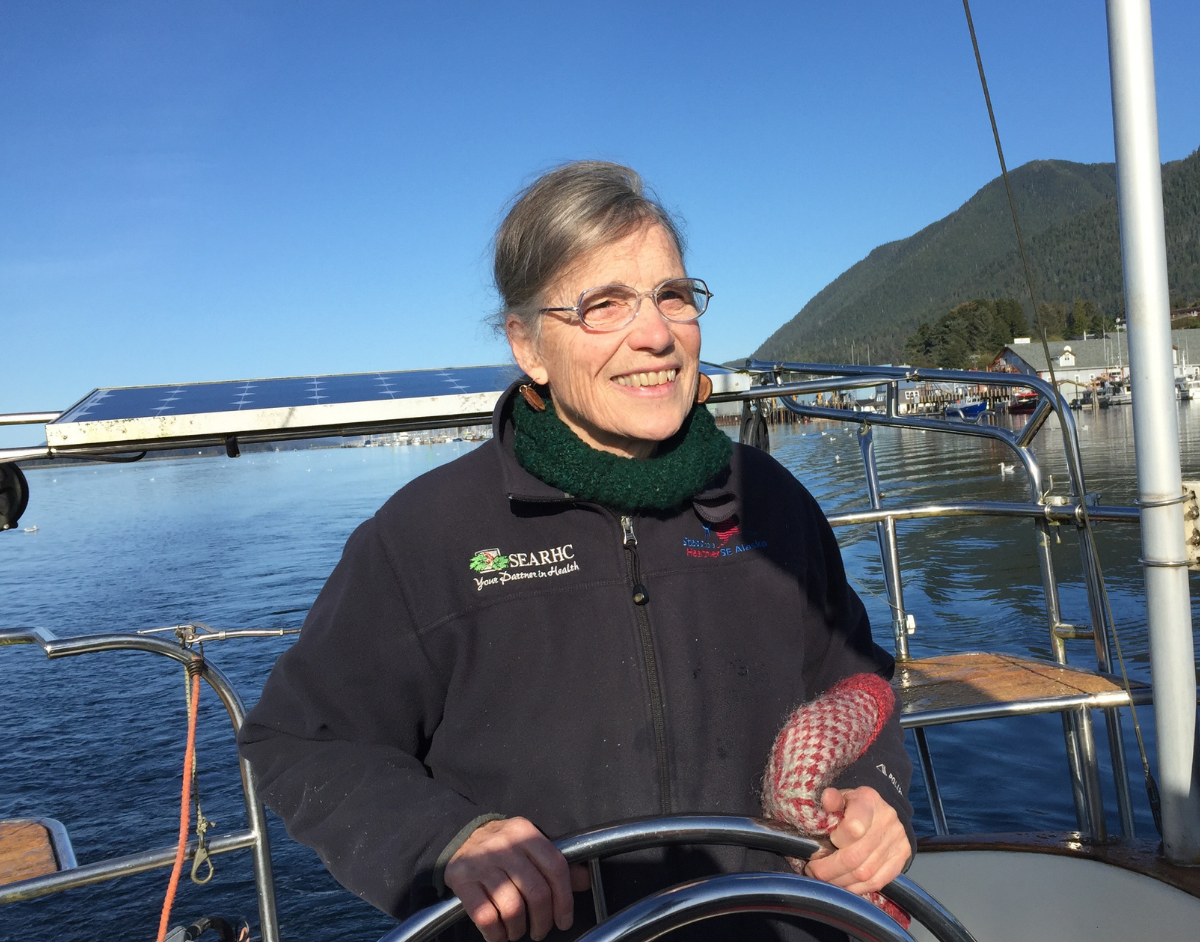 Marian Allen, Secretary, is a longtime Southeast resident and former fisherwoman. Marian’s roots are in Maine. From her father she got her love of the woods and mountains and from her mother love of the sea. As a young person during the 1960s her passion for a healthy planet where there would be equity for everyone, drove her into political activism. A spontaneous trip on the ferry up the Inside Passage in 1978 opened the possibility of living the quiet, off-the-grid life she yearned for. After living that lifestyle for 16 years on Kasiana Island, she had to move to town for economic reasons. It was the rescinding of the Roadless Rule by the Bush administration that convinced her that she had to get actively involved in activism again. Her first action was a Green Peace protest on Kupreanof Island and shortly after that she joined the SCS Board, recognizing that working in an organization is more effective than simply as an individual. She has worked in commercial fishing, as a seasonal Forest Service employee, for Alaska Marine Safety Education Association, taught at UAS Sitka as an English as Second Language Instructor, on a Title III Grant and as an adjunct, among other work. Retired now, she spends her days collecting and growing edibles and dye stuff, working with fibers, walking in the woods, being on the water, reading, and baking. She especially enjoys visits with family in Seattle, New Mexico and returning “home” to Maine. Marian has been a board member since 2006, and became Board Secretary in 2021. 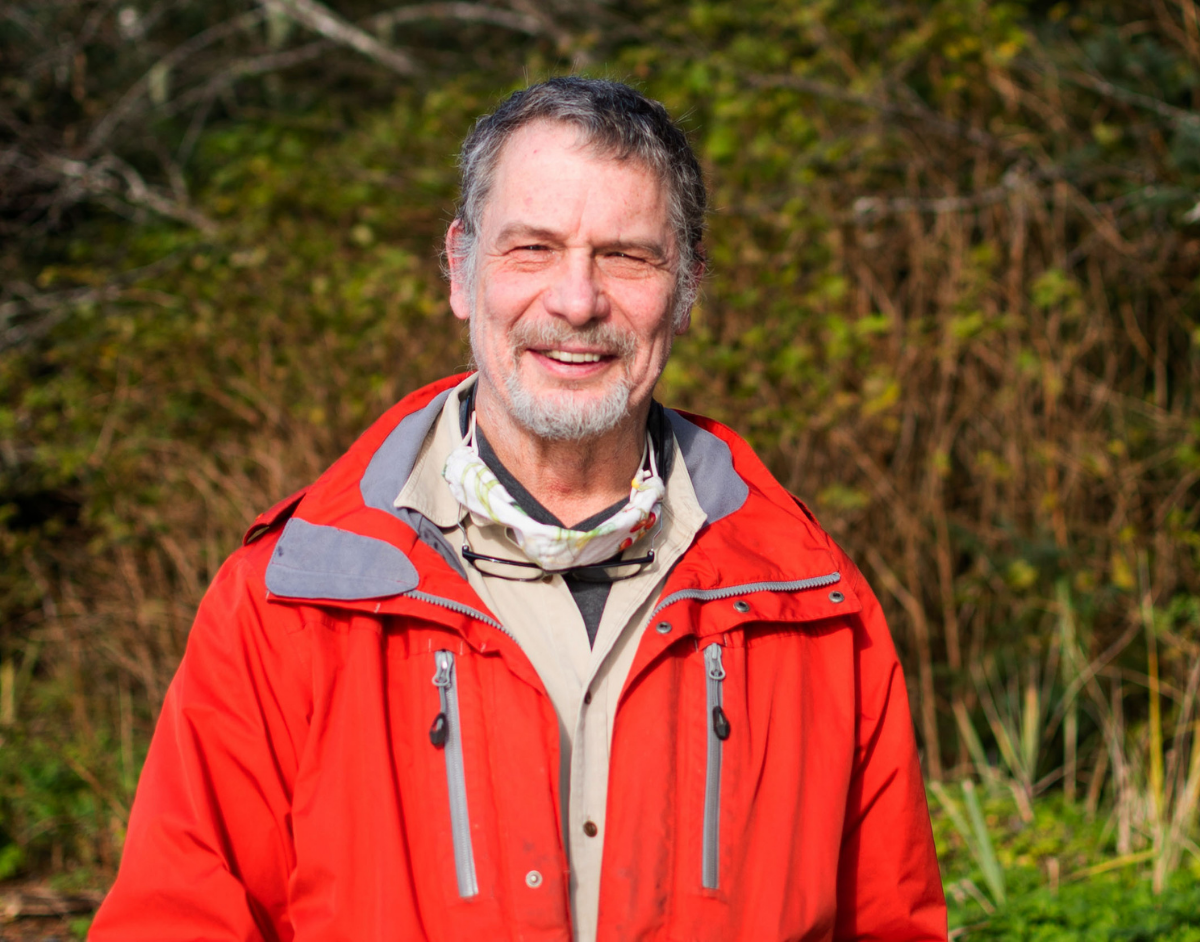 Keith Nyitray, Treasurer, grew up east of NYC and has a degree in Environmental Resources Management. He came to Alaska in 1979 to climb Denali and stayed. After many years of adventuring around the state he finally settled in Sitka in 1998. His interest in protecting the environment was instilled in him at an early age as he grew up with the then fledgling Environmental Defense Fund fighting to ban DDT nationwide. In his teens, Keith went “out west” through the Student Conservation Association and discovered his love for the wilderness. Over the years he has lobbied in DC and given presentations across the country on the need to protect both the Tongass National Forest and the Arctic National Wildlife Refuge. He now looks forward working with everyone at SCS to protect the land and the way of life he loves so much. 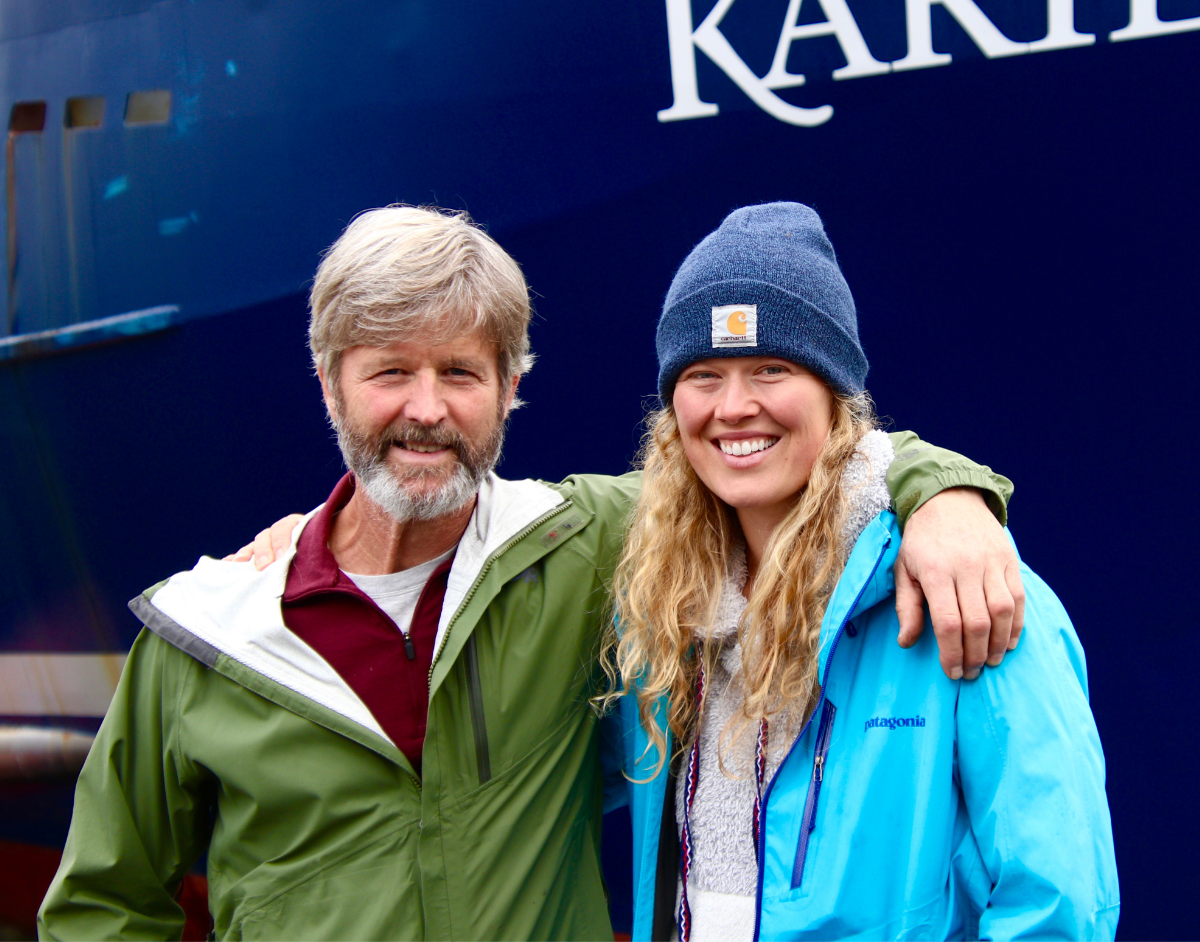 Steve Fish left the San Francisco Bay area and rode the Alaskan ferry Malaspina to Petersburg in 1974 at the age of 19. Somehow, he ended up buying a plywood, gas powered boat the following year and soon after caught his first halibut despite knowing nothing about halibut fishing, and little enough about anything else. Well, life should be an adventure. The greatest adventure for Steve has been trying to be a good husband, father, and person. Steve met Kari Johnson in Petersburg. They then moved to Port Alexander and, finally, to Sitka in 1991. They have three children: Lexi (pictured with him above), Eva and Erikson. Steve served on the board of the Alaska Marine Conservation Council including two years as Chair. He is currently president of the Alaska Longline Fishermen’s Association. He has been on the SCS board since 2010. 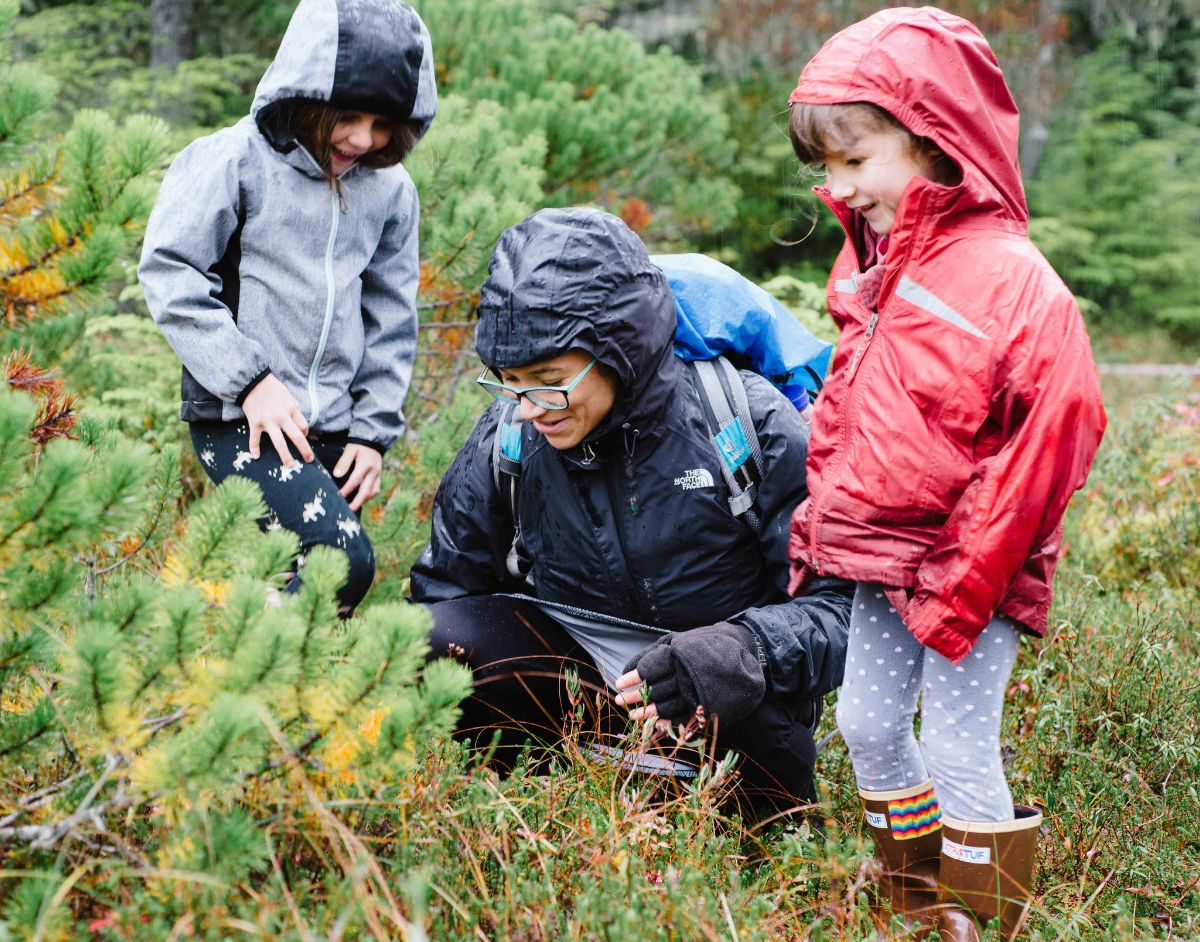 Jasmine Shaw grew up in Long Beach, CA, and currently works for the University of Alaska Fairbanks Cooperative Extension Service. She first arrived in Sitka in 2010 and immediately fell in love with the community and the surrounding environment. Within the first few weeks of her arrival, she sought out volunteer opportunities with Sitka Conservation Society. Jasmine has been a board member since 2013. 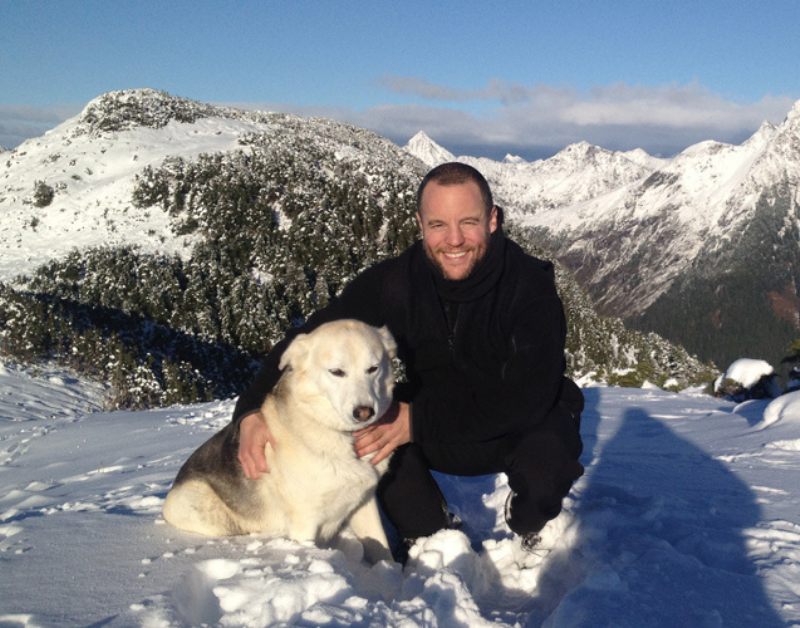 Brendan Jones, born in Colorado, raised in Philadelphia, attended Columbia and Oxford Universities. He has been a MacDowell Fellow, as well as a resident at the Anderson Center, Caldera, and Ragdale. He worked eleven years as general contractor, starting Greensaw Design & Build, guiding Pennsylvania’s first LEED Platinum reconstruction. He continues to carpenter and commercial fish in Alaska, and also teaches philosophy and creative writing at University of Alaska, Irkutsk Technical University in Russia, and Stanford University, where he was a 2013-15 Wallace Stegner Fellow. He has published work in The New York Times, The Guardian, Washington Post, Smithsonian, Sierra, Ploughshares, Fine Woodworking,National Fisherman, Narratively, The Seattle Times, The Philadelphia Inquirer, Narrative Magazine,and recorded commentaries for NPR. His novel The Alaskan Laundry, published by Houghton Mifflin Harcourt, won the 2017 Alaskana prize, and was longlisted for the Center of Fiction debut prize. He recently returned from Siberia, where he spent a year with his family as a Fulbright Scholar. His upcoming novel Whispering Alaskais forthcoming with Penguin/Random House in October 2021. He lives in Sitka, Alaska, with his wife and three daughters. 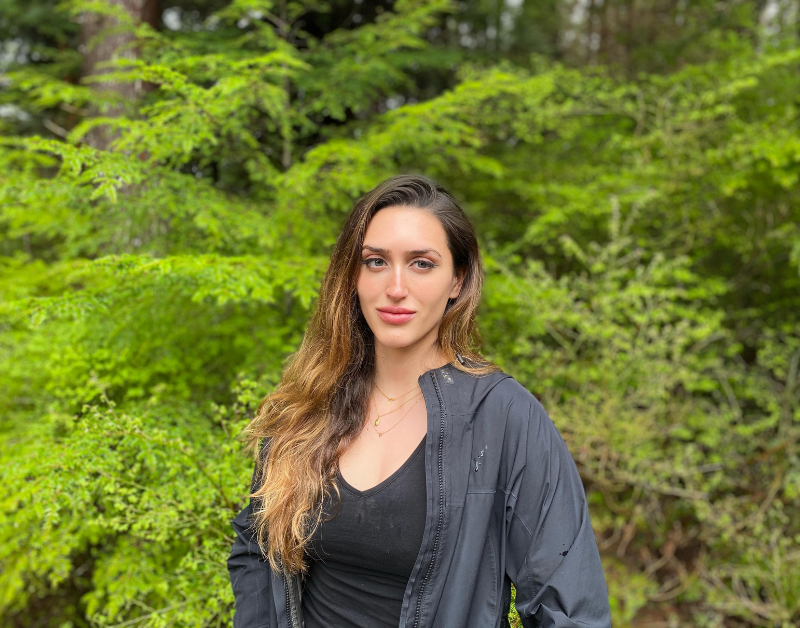 Nellie Lipscomb grew up on Munsee Lenape land in the Hudson Valley of New York, where her environmentalist father instilled her with a love of grassroots advocacy and ecojustice. In her teens, Nellie's own interest in the intersection between environmental integrity and mental health bloomed as she volunteered for the Hudson Riverkeeper and Waterkeeper Alliance, in addition to serving as an arts and science educator for children experiencing homelessness in the New York City area. Nellie completed her BA in Psychology at Geneseo University, a MSc in War & Psychiatry at King's College London, and her MSW at Simmons University; often researching how climate change poses an existential threat to individual psychological fitness and national integrity in fragile states. Now, Nellie is profoundly grateful to live on Lingít Aaní in Sitka working as a Behavioral Health Clinician providing Psychiatric Emergency Services through Sitka Counseling. In her work, Nellie frequently integrates place-based healing into clinical services and is both invested in and indebted to the lands and waters of Southeast Alaska. For this debt, and for the love of empowering communities, SCS staff, and her fellow board members to take effective, ethical action for the environment, Nellie joined the SCS Board in 2021. 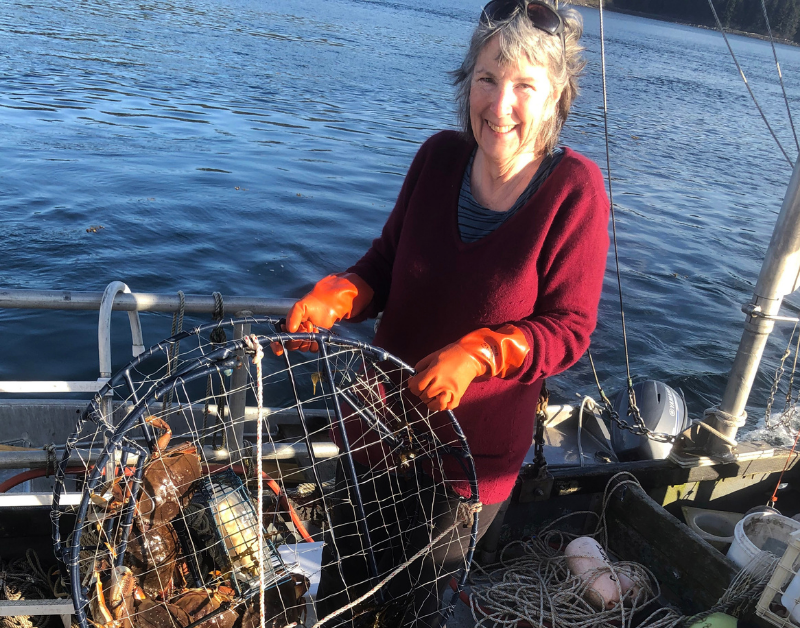 Pat Kehoe grew up in Western Washington in an area noted for clearcutting and “tree farming.” Maybe it was the comparison with years of seeing those spindly, fragile trees that made the Tongass so compelling and convinced Pat that we need to avoid the ecological mistakes here that were made decades earlier in her home state. She studied at Western Washington University, became a registered nurse, and after a few years of working as an RN, moved to Alaska for a summer and stayed for 40 years of adventure and hard work commercial salmon trolling and longlining from the southern border to Unalaska. Pat always kept her art supplies with her and spent her spare time working to interpret the special place where the ocean meets the edge of land. Pat and her husband Howard built a home on an island outside of Sitka and homeschooled their two daughters involving them in all the aspects of life in Alaska from subsistence gathering and fishing to protesting water pollution with the Greenpeace Rainbow Warrior. Pat took a sketch book and some paints along in all their adventures and is so grateful for the incredible places she has been able to explore. 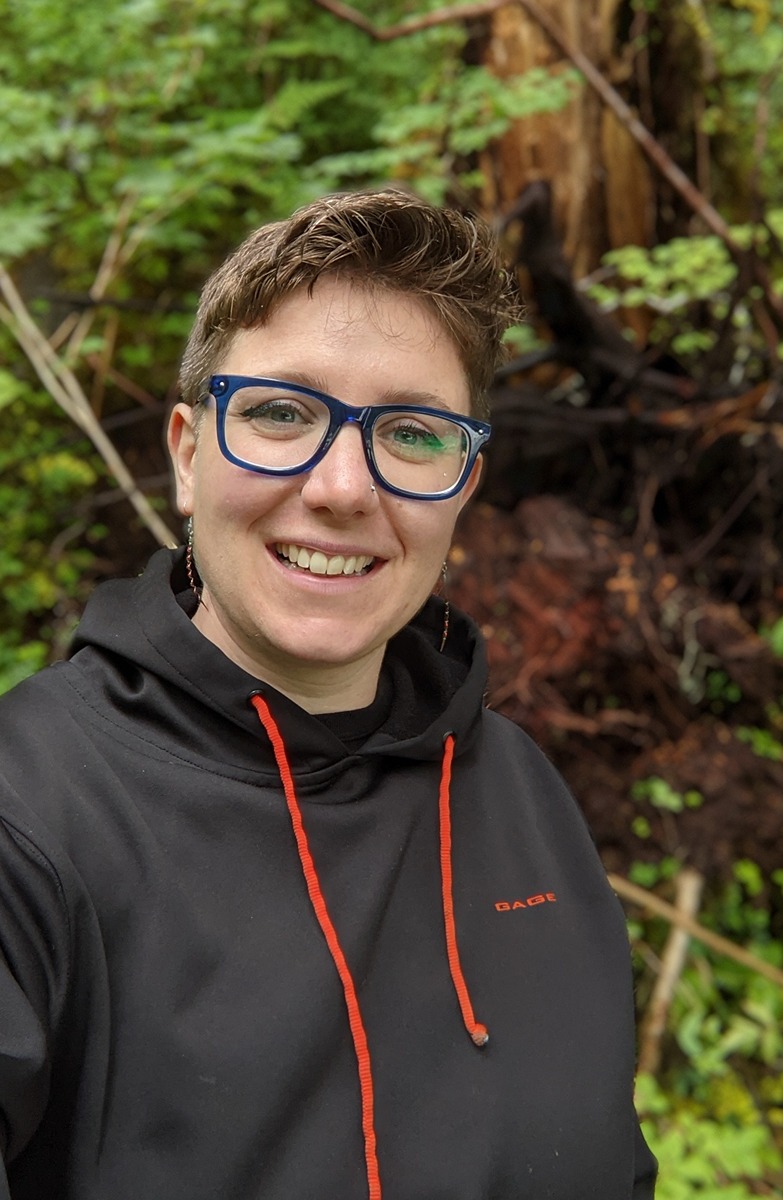 Adrienne Wilbur is a life long Sitkan, artist and mariner. As a board member I most values SCS work driving strategic policy forward to protect the Tongass, seeking out the priorities and values of indigenous leaders and storytellers to inform our actions and philosophies, and approaching conservation with the needs of healthy and sustainable communities in mind. 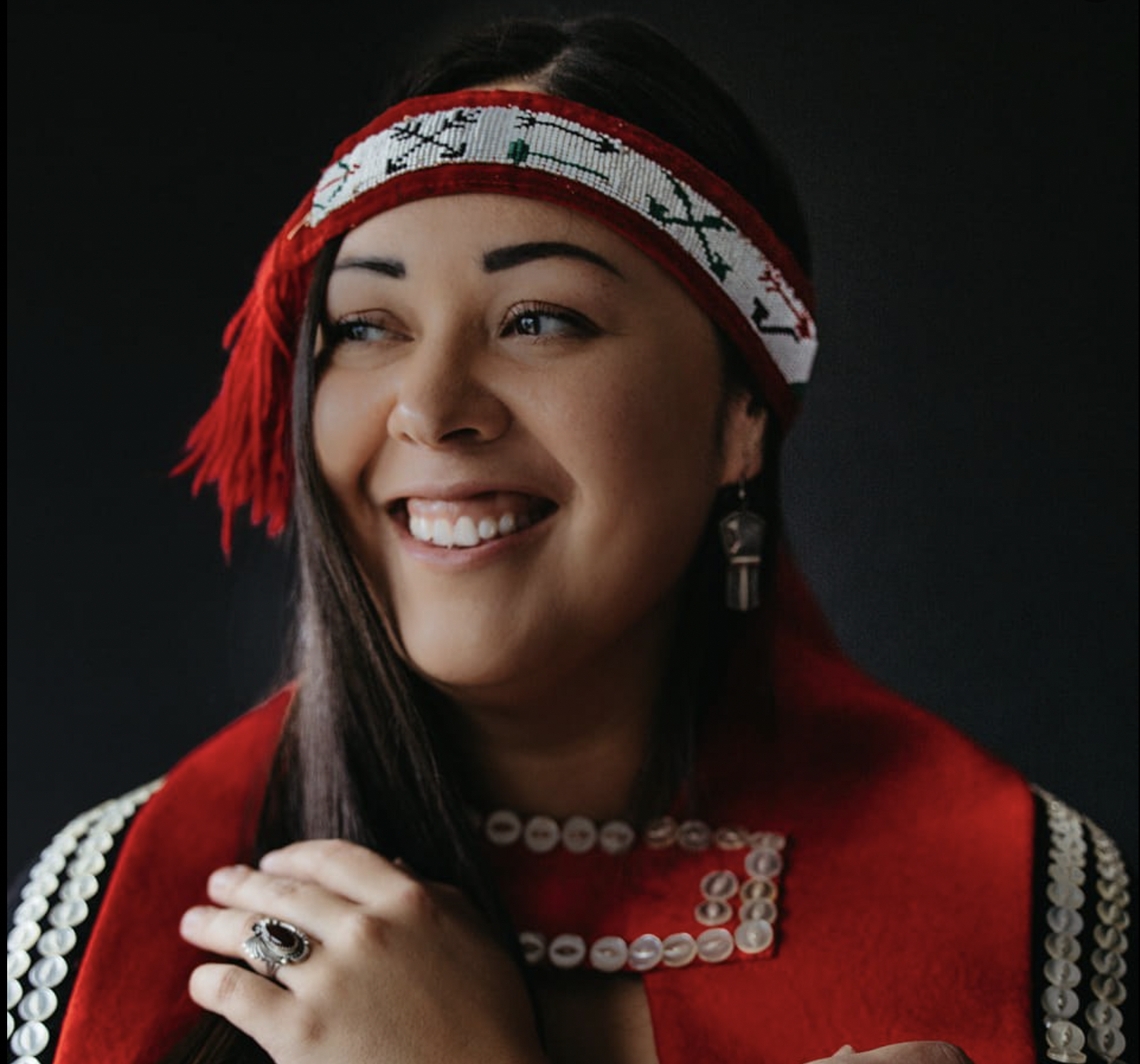 Edith Johnson, Khaasda Tláa, was born and raised in Sitka, Alaska and is the owner and creator of Our Town Catering. Edith is an incredibly passionate and dedicated community member and business owner, who has helped support and serve Sitka in a variety of ways. In 2020 and 2021, Edith and Our Town Catering partnered with SCS to serve hundreds of free seafood dinners to households needing food assistance. 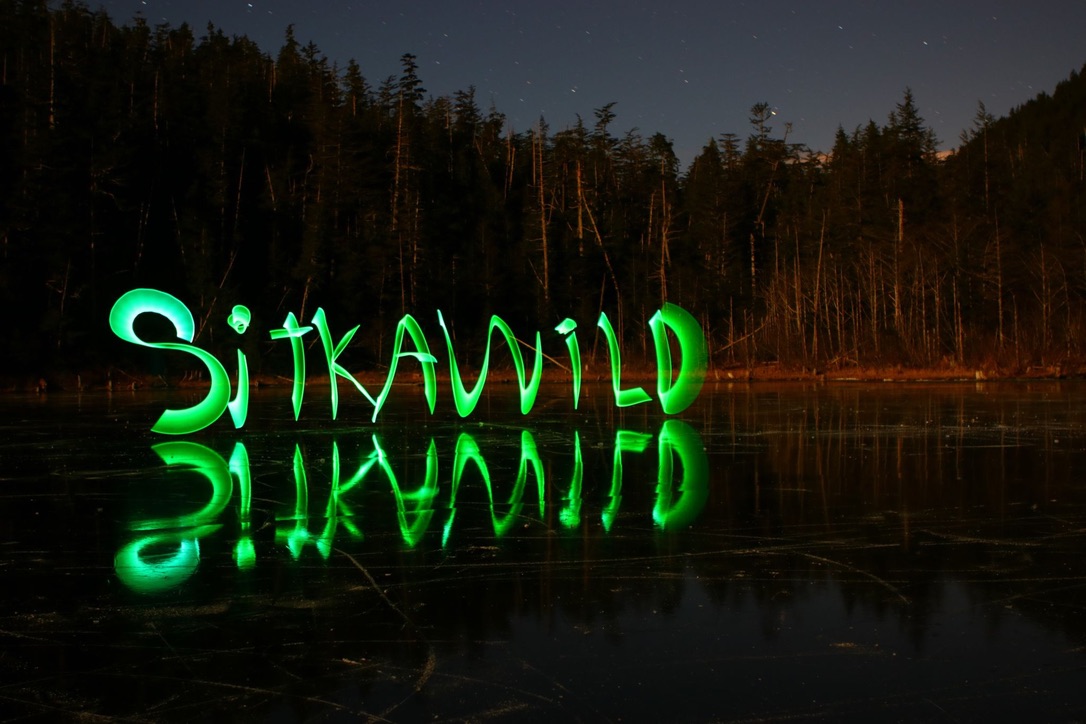