Honored by the Living Wilderness Fund 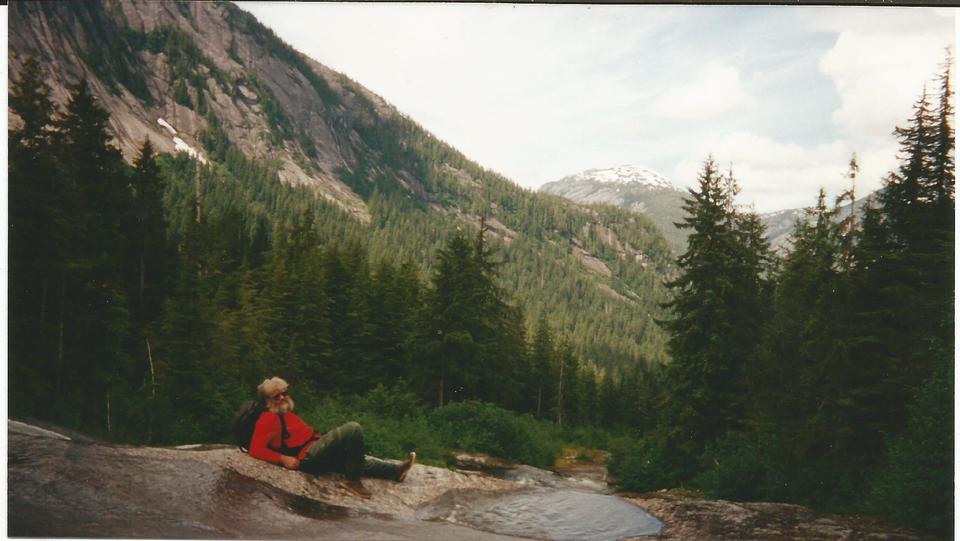 Marcel and Connie LaPerriere came to Alaska from Washington State in 1982, settling in Ketchikan. There they would spend the next twenty years, staunch conservationists in a community hostile, even violent, to the environmental cause and its advocates. But popularity was not important to the LaPerrieres in the face of flagrant environmental abuse on the part of the corporate timber industry. Appalled by the ecological devastation and waste they saw around them, they joined the burgeoning conservation movement within a year of arriving in Southeast. After two decades of activism in Ketchikan, Marcel and Connie moved to Sitka, and soon thereafter joined the Sitka Conservation Society. Marcel joined the board and, in 2010, was named board president, a position he held for just under five years. An accomplished sailor, scuba diver, and business owner, Marcel brought ethic, energy, and education to the Sitka Conservation Society and the community of Sitka.

Marcel and Connie’s environmental activism work began by being “eyes on the ground” to challenge the environmental assessments published by the Forest Service. Prior to timber sales, the Forest Service would hire consultants to walk ground units in the woods looking for karst caves. Marcel, Connie, and other members of their caving group would walk the units after, documenting the caves the Forest Service personnel had “missed”, and then testifying against the timber sales that endangered them. This ground-truthing effort led to a major victory when the district Ranger in Ketchikan put a stop to a logging operation due to the caves that it endangered, and that were protected under the Caves Resources Protection Act. Marcel’s passion for these resources took him to Florida where (already a Divemaster) he took the classes to become Cave Dive certified. He brought these skills back to Southeast, where he put them to the good employ of documenting, building the record, and testifying against the environmentally negligent practices of the Forest Service. It was this combination of passion and practical know-how that made Marcel the environmental steward, mentor, and leader that he is. In 2003, Marcel and Connie moved to Sitka to be closer to their grandkids. Marcel worked for Sheldon Jackson as the Head of Maintenance (in addition to teaching a caving class!) until the school closed in 2007. Since then he has owned and operated Southeast Cedar Homes — a local, small contracting company that specializes in custom construction and high-quality woodwork. He’s also a huge proponent of building green and encourages emerging builders to do the same. As he wrote in an ap-ed published in the Juneau Empire in 2010, “Those logging boom times are long gone, and they inflicted a lot of environmental damage that needs to be repaired By fixing that damage, and shifting to a second-growth timber supply, the Tongass can support local businesses like mine while ensuring that the wild and wonderful places that make the Tongass special are here for all future generations.” Unlike the Forest Service in their logging heydey, Marcel understood that jobs and trees were not mutually exclusive; a healthy economy and healthy ecosystems actually support, rather than detract from, one another.

Marcel was not against logging. What he was against was wasting resources. And what he was for was the wise use of resources. He lived in Ketchikan in the days of their pulp mill, and couldn’t stand seeing trees hundreds of years old become turned into pulp. Histrong environmental ethic was based on a deeper understanding and respect for the land. He was often heard quoting the renowned scientist and conservationist Hubert Vogelmann, reminding us, “It’s more complicated than you think… It’s more complicated than you can think.”

In addition to everything else he did, Marcel is at heart an educator, with both the technical skills and the people skills to communicate his knowledge and passion to others. Whether he was partnering with Sitka’s electric department and Girl Scout troop for a series aimed at helping Sitkans increase their energy awareness and save money; or providing the locally harvested wood, tools, and instruction for a “Women in Carpentry Workshop;” or educating the general community at a “Wood Energy Fair” at ANB, Marcel was always putting his time and skills to the benefit of the common good. For these and for his numerous other contributions to SCS, Sitka, and greater Southeast, we extend a huge thank you to Marcel. Everything you have done and continue to do for the cause of healthy environments and communities inspires us all at SCS.