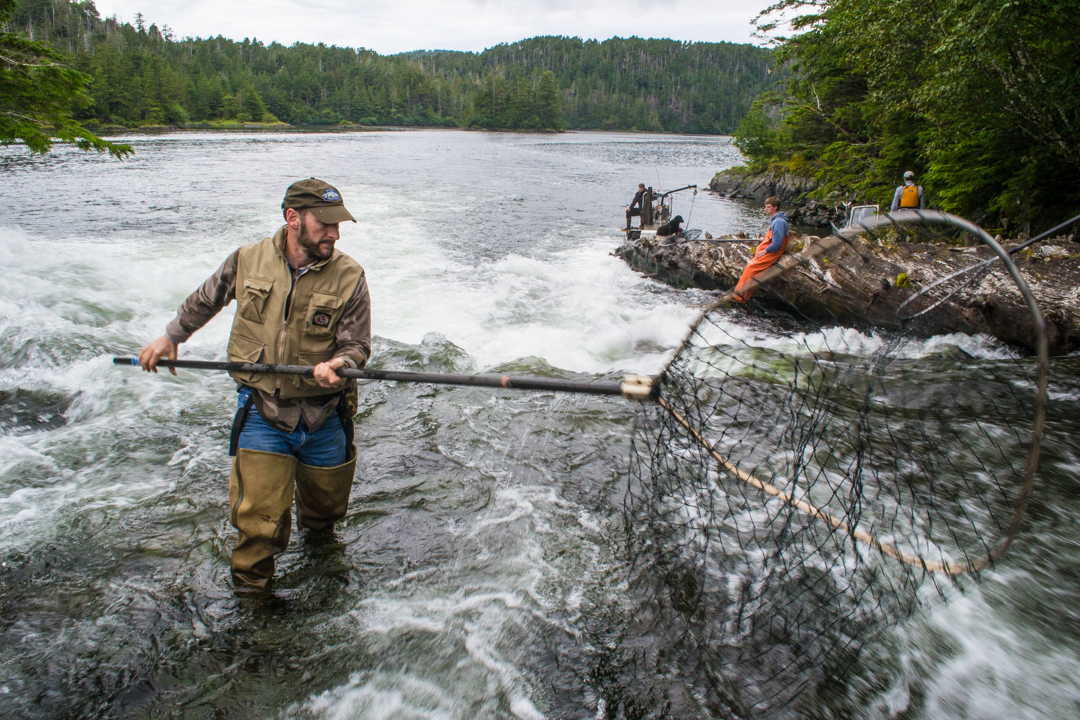 Greg Killinger fell in love with southeast Alaska when he volunteered for the US Forest Service in 1983. During that first summer, he worked in fisheries surveying dozens of streams on Baranof and Chichagof Islands and other places on the Northern Tongass. This first summer was enough to convince him that this was where he wanted to be. He spent his next 30 years on the Tongass doing great things for our public lands and the natural world. Greg grew up in western Oregon. He graduated from Oregon State University with a Bachelor's degree in Fisheries and Wildlife Science. He went on to complete a master's degree in Natural Resource Management. Greg married his wife Lisa Petro, a local Sitkan, in 1990.

We worked closely with Greg in his position as the Tongass lead staff officer for Fisheries, Wildlife, Watershed, Ecology, Soils, and Subsistence. Greg held that post and worked under the Forest Supervisor from the Sitka Forest Service office. In that position, he oversaw and helped with all the programs across the Tongass for fisheries and watersheds. Greg was a key partner and helped build important relationships between the Sitka Conservation Society and the Forest Service. With him, we put together salmon habitat restoration projects like the Sitkoh River Restoration, restoration projects on Kruzof Island, and many other salmon-related projects across the entire Tongass.

Our working relationship with Greg and his employees was so close that we even shared staff. In 2011, SCS and Greg developed a position we called the Tongass Salmon Forest Resident. SCS funded the position and they worked under Greg. The position's goal was to "tell-the-story" of all the innovative and important programs that Greg managed on the Tongass that protected, enhanced, and restored salmon habitat. When SCS created the position, our goal was to shine the light on this great work. Greg put the spotlight on his staff and the partners that he worked with to make the Tongass's Fisheries and Watershed programs successful. That was the kind of leader that he was: he never wanted to take credit but always wanted to empower others and build more leadership and capacity.

Greg was also a serious outdoorsman. He loved fishing for king salmon in the early summer and dip-netting for sockeye in July. He was a very accomplished alpine hunter whose passion was chasing after sheep in the Alaska interior. Greg did a number of epic hunts solo. He once shared the story of a solo mountain goat hunt that he did during a particularly dry summer. He became severely dehydrated high in the mountains. At one point he was crawling into a gorge looking for water while hallucinating because he had already been without water and under the sun for 2 days (in a rainforest!). He did get his goat in the end though.

That type of solo hunting in big mountains really characterized the kind of person Greg was. He did those hunts for the pure challenge and as the highest form of communing with the natural world of Alaska. Greg loved wildlife. He loved the land and the water and the oceans. And he loved the ecosystems of Alaska and all the natural processed that tied them all together. Hunting for him was one of the many ways that he was part of those ecosystems and part of how he connected with the natural world.

Greg didn't just challenge himself on Dall Sheep hunts in the Alaska Range. Greg took on enormous challenges in the work that he did and with the same calm and unassuming manner that he talked about his extreme outdoor exploits. One isn't the type of leader that Greg exemplified or is responsible for the variety and complexity of programs that Greg oversaw on a whim. In fact, balancing all the issues and programs that Greg oversaw was more of a challenge than the hunts he loved so much. Protecting salmon habitat under pressure from development, finding the resources and coordinating the partners to restore critical salmon systems, bringing together extremely diverse interests to work together, and being responsible for defining the strategy for how our country's largest National Forest deals with climate change are just the tip of the iceberg of what Greg did in his day-to-day. In most likelihood, those extreme hunts for Greg were actually a simplification of life for him: a situation where the most logical rules of nature are paramount and where the most basic instinctual conflicts of man-vs-nature and man-vs-himself are played out amongst the most perfect and beautiful of our planet's natural creation.

Greg died suddenly, unexpectedly, and in his prime. The one and only grace of his passing is the fact that it happened on a mountainside, in the arms of the beautiful forest he loved, and on one of the most spectacular spring days there ever was in Sitka. He enjoyed that last day to its fullest - fishing for King Salmon in the morning, gardening, and then hiking up the mountain.

Greg's unexpected passing left all of us who knew him shocked. We lost a mentor that we admired, a colleague that inspired us, and a friend that we could always count on. Greg came to the Tongass and when he passed, he left it a better place. We will always remember him and we will always strive to be as good a person as he was.

If you are interested in learning more about the Subsistence Program on the Tongass, click here for a video that features Greg's work.