Story and Images By Amy Li 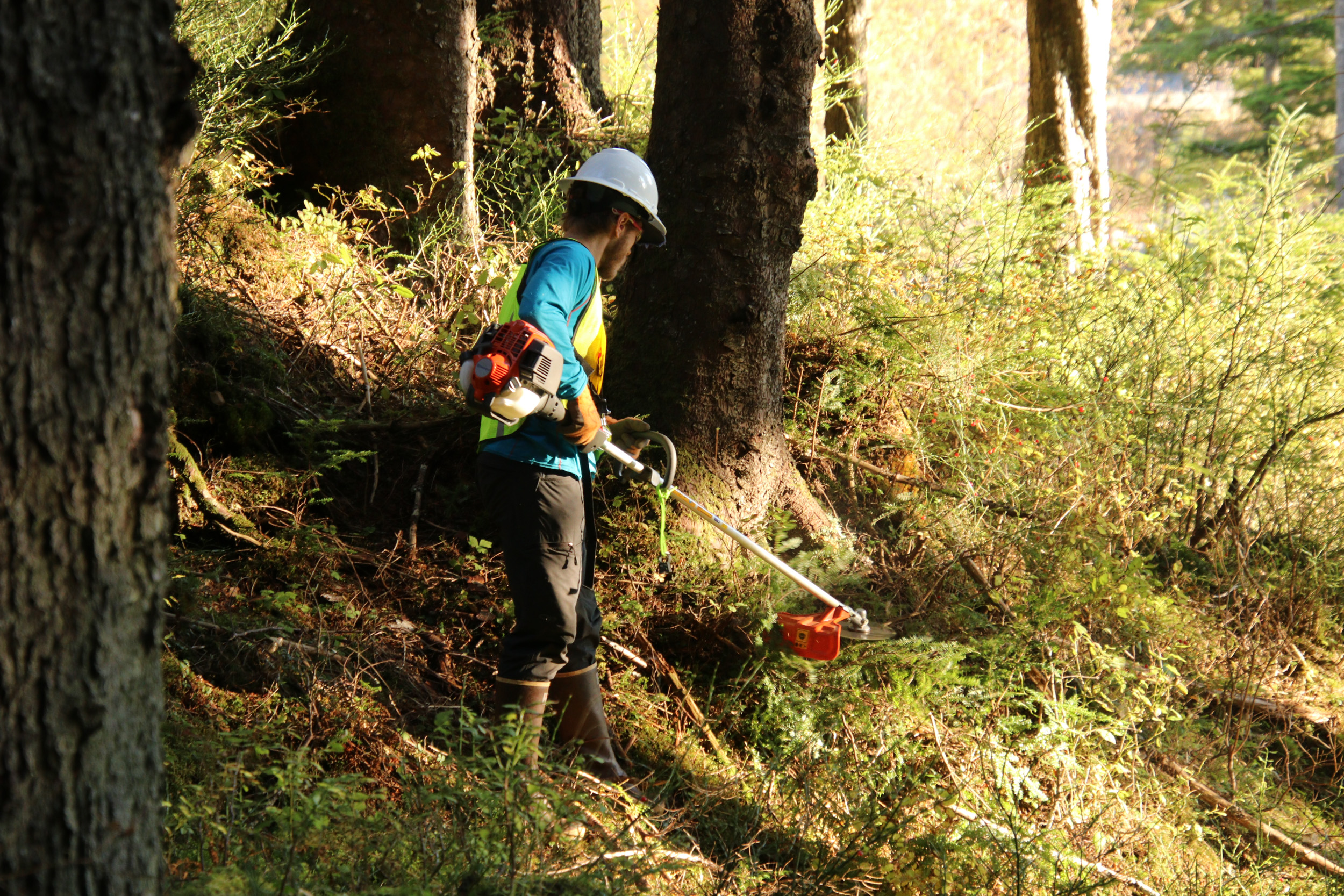 It’s a brilliantly sunny day and just across from Kaasda Heen Circle, Sitka Conservation Society’s Community Conservation Corps members are working hard, filling the otherwise serene forest with sounds of buzzing weed wackers and humming chainsaws. For about a week, the Conservation Corps worked alongside local cemetery restoration expert Bob Sam on maintaining and beautifying the historic Presbyterian Church cemetery. Under the guidance and direction of Sam, they trimmed the understory, cleared out brush, and removed hazard trees.

After SCS received CARES funding for the Conservation Corps, helping Bob Sam with his decades-long effort to maintain and restore the cemeteries in Sitka immediately came to mind for Executive Director Andrew Thoms and SCCC project lead Ben Hughey when deciding what projects the Conservation Corps should work on.

“The Corps’s core mission is to support Sitka’s community assets, and the cemeteries are a very important part of our community,” Thoms said. “We hope to honor the people buried here by doing this work.” 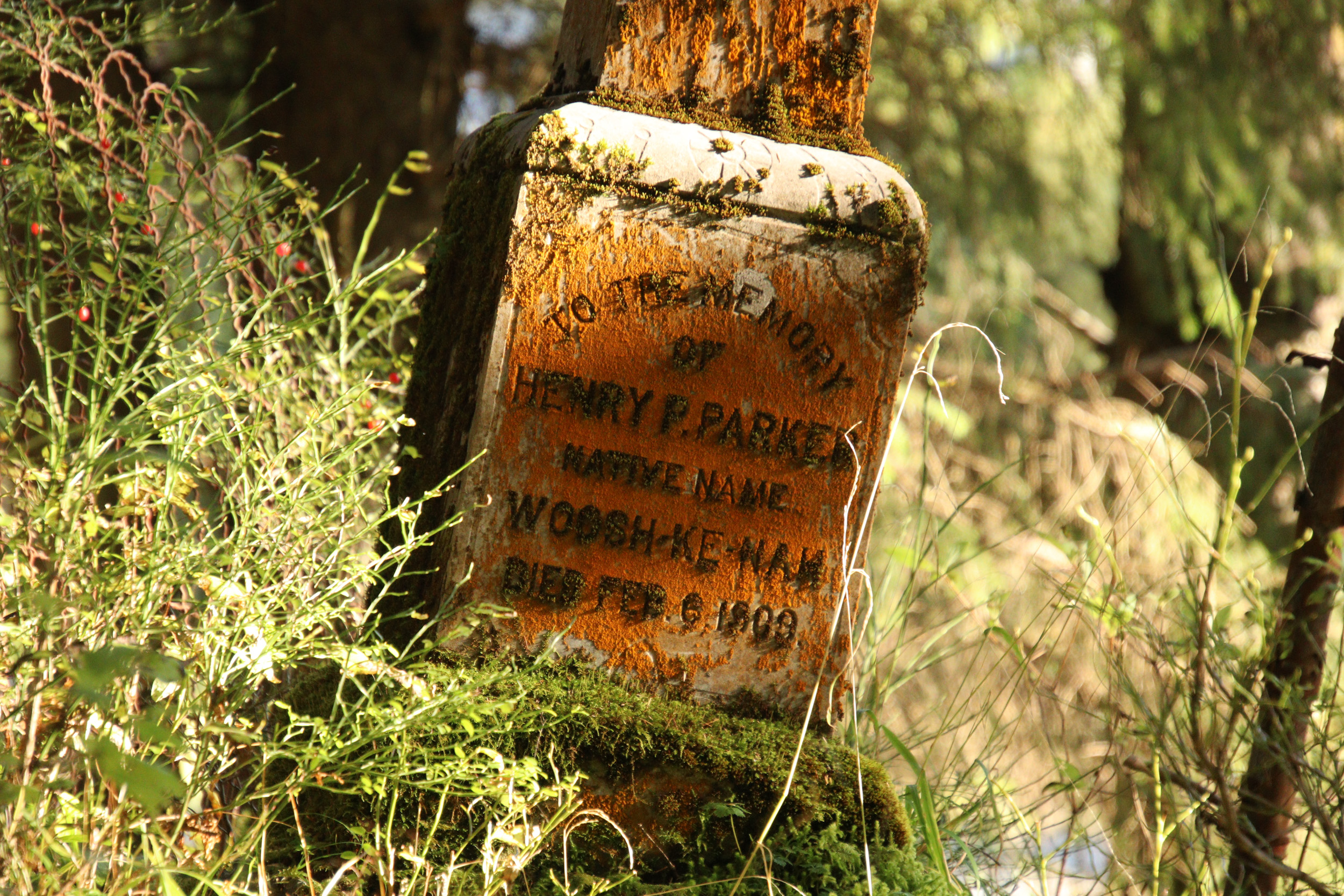 “I don’t know how many Native American places that own their ancestors and their cemeteries,” said Sam. “Sitka is one of those places, where we actually own our ancestors and lineal descendants have ultimate say-so of their ancestors. Powerful. We have a responsibility to take care of this place and make sure it’s not forgotten.”

The Sitka Community Conservation Corps worked diligently to help Sam in his ongoing upkeep of the cemetery. The three acres of lush forest shrouding the cemetery was so overgrown that just 20 years ago, it was impossible to walk through. Over the past two decades, Sam has worked tirelessly to thin the understory, remove standing dead trees, and restore headstones, improving the well-being of the forest and cemetery. 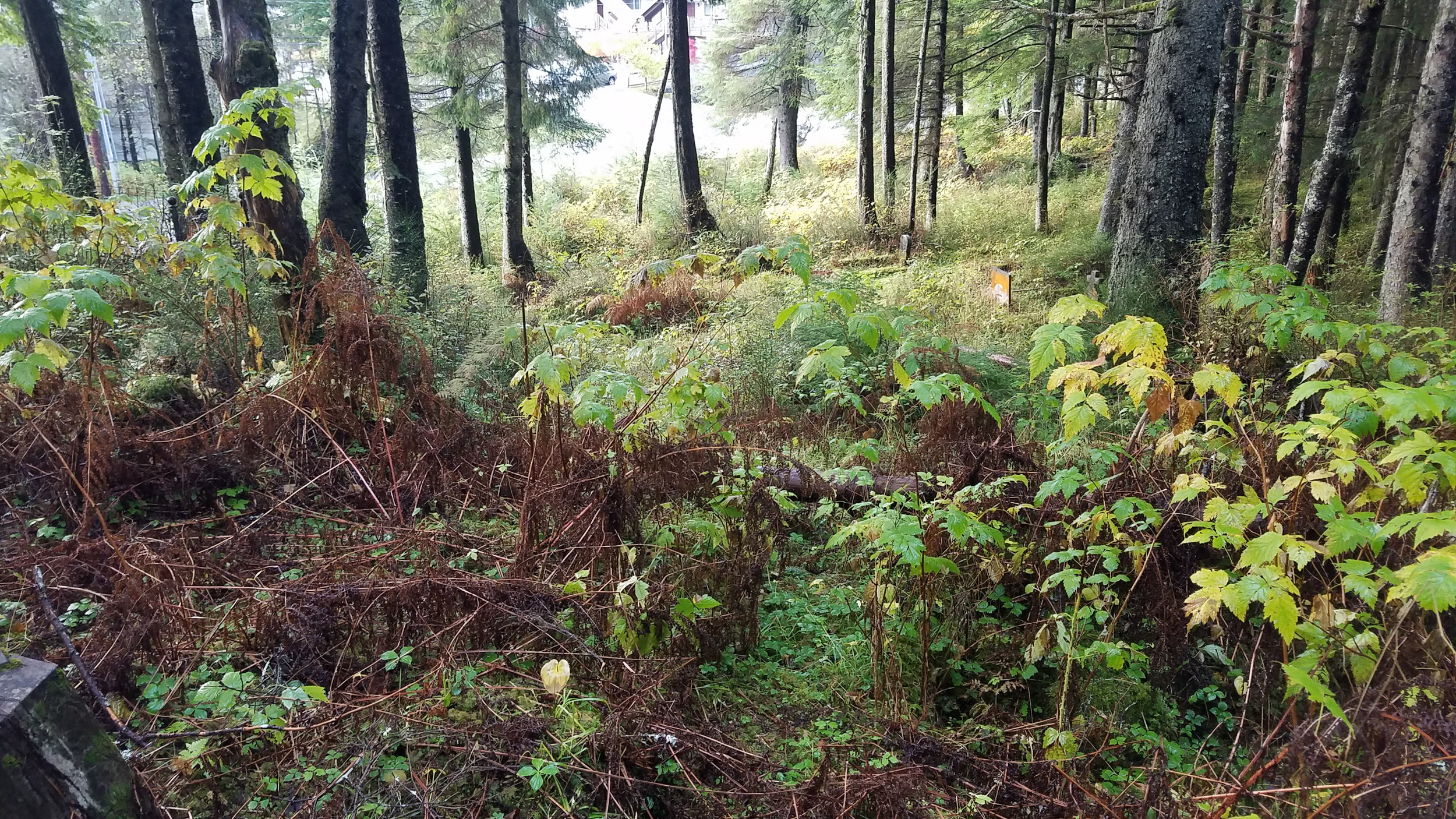 Before & After Clearing Work 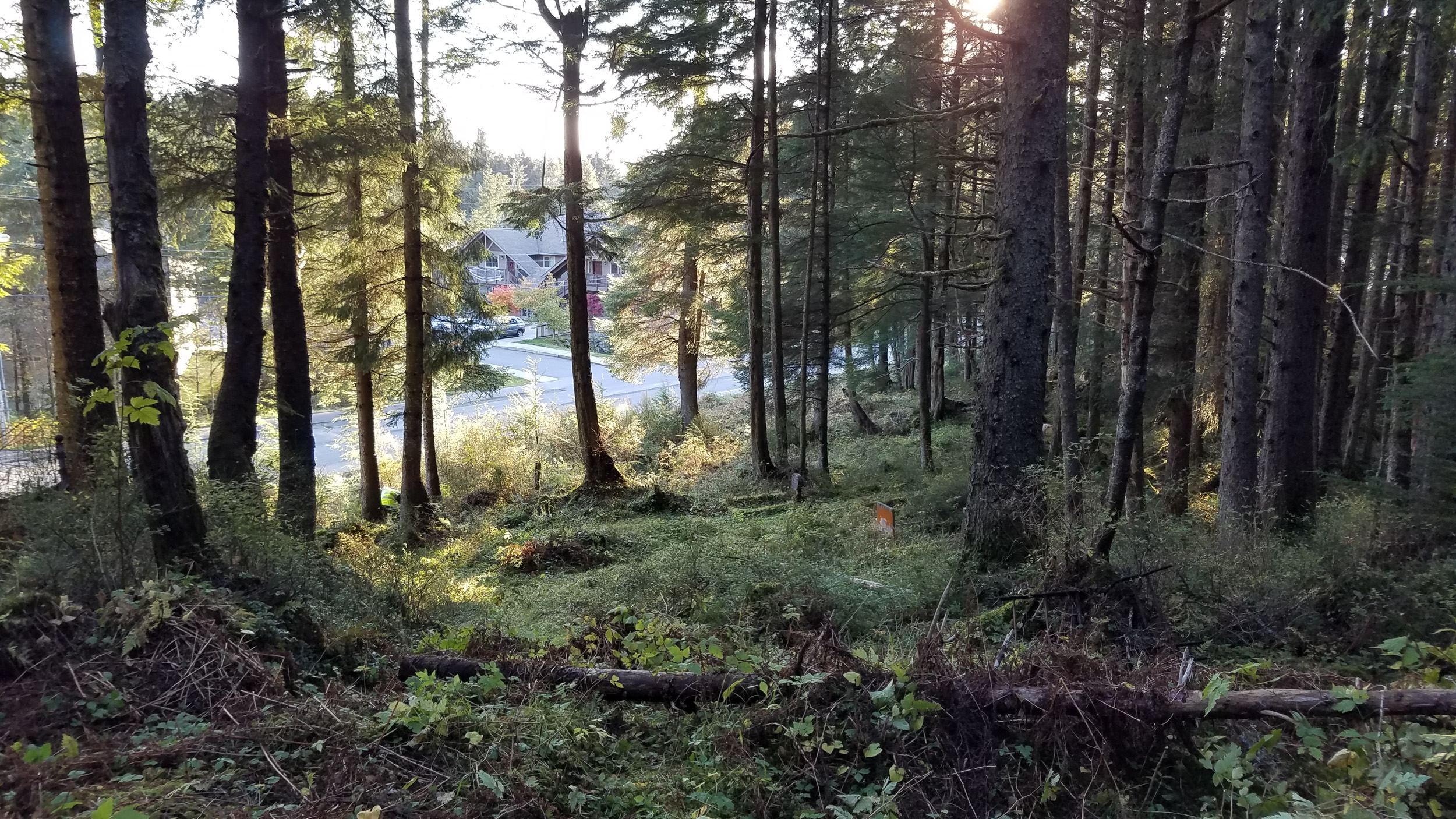 “A sign of a healthy community is a clean cemetery,” explained Sam. “If we keep this place clean, it falls on the descendants in a good way. It helps us become better people, more thoughtful of our ancient connections as people that come from this place.”

With over 18 cemeteries like the Presbyterian Church cemetery scattered around Sitka, the work Sam and others have done to conserve and reinvigorate these resting places is crucial for not just the community, but also for those who have come before us and those to follow.

The moss-covered logs, bushes dripping with ripe huckleberries, and now-restored headstones concur. The Sitka Conservation Society Community Conservation Corps has helped Bob Sam in making the cemetery a bit more beautiful, for past, present, and future generations to find respite in.

“I’m very grateful that we have a cross section of the community working here,” said Sam of the Conservation Corps members, noting that they are local Sitkans. “It educates the community to respect this place with dignity and honor.” 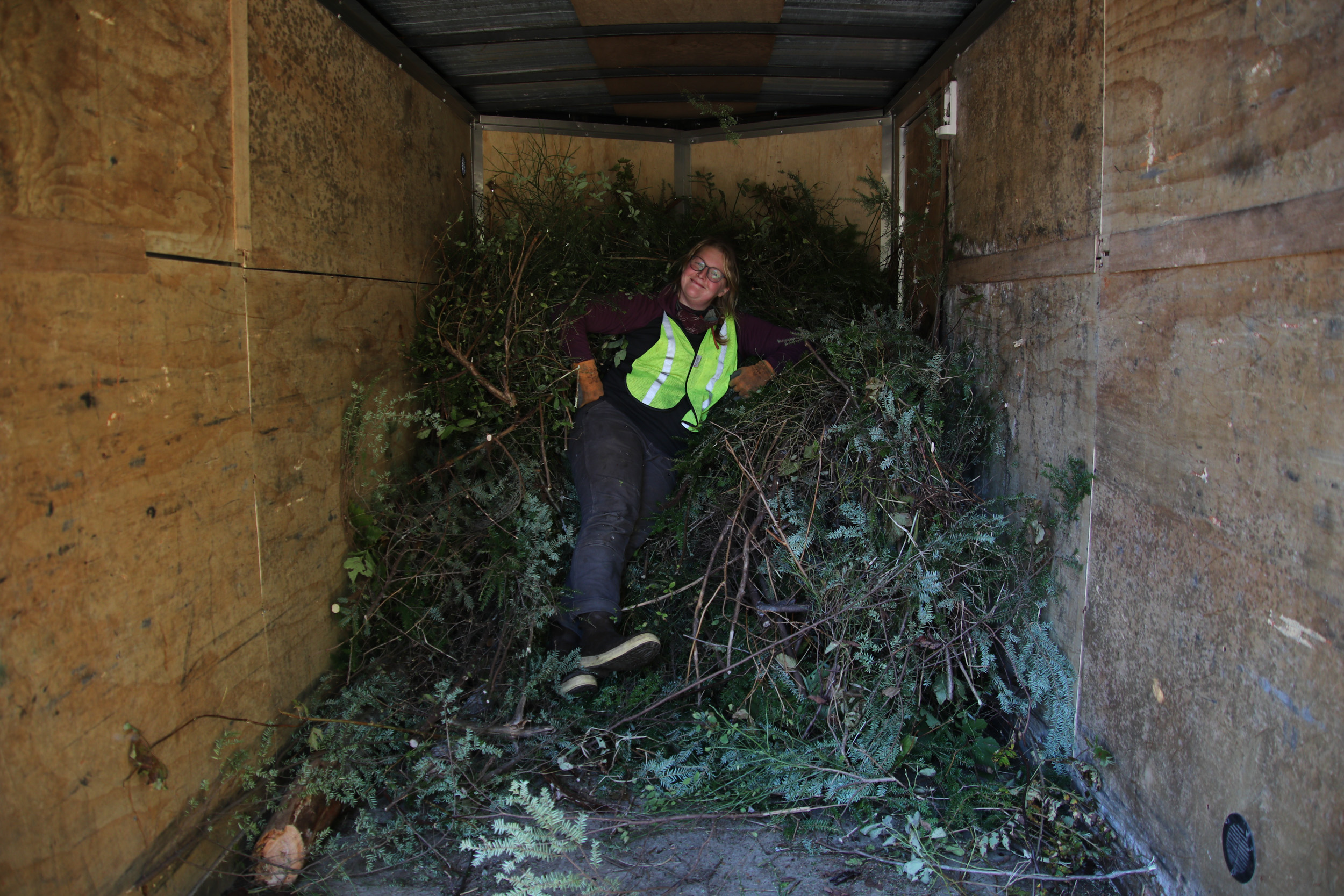 Photo of Lauryn Nanouk Jones Sitka Conservation Society (SCS) is excited to announce the award of the Living with the Land and Building Community - Future of Alaska Scholarship to our Environmental Policy intern, Lauryn Nanouk Jones.   Investing in the next generations and Alaska’s future has been a core part...