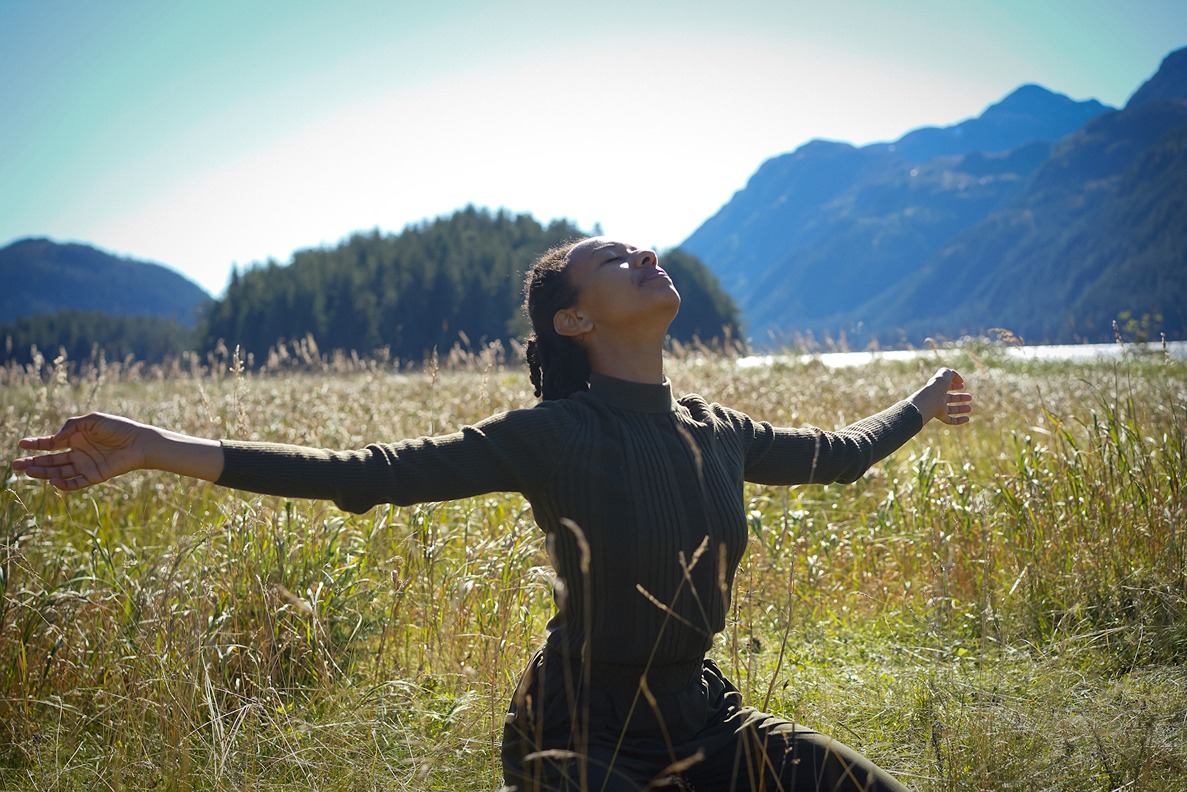 Last summer, SCS hosted artists at the Phonograph Creek property left to us by Eric and Pam Bealer. The intention of this project was to connect artists to the Tongass who hadn’t experienced it before, as well as inspire them to create art from their experiences, continuing the Bealers’ artistic legacy drawing from Southeast Alaska. These words were written by Stephanie Hewett, an artist and dancer who joined us on this retreat, as she reflected upon her time in the Tongass.

A rare sunny day welcomed us at the edge of summer. Our first attempt at landing in Phonograph just a day before was thwarted by wild winds and lack of visibility. We were denied. Yet on our second try we peacefully landed on the beach, in our newly purchased xtratufs, feeling tricked from the stark contrast between both seaplane journeys. We smiled our way into Pam and Eric’s house, still so amused and grateful to have arrived in one piece. Against a calm wind the sun ushered us out into this new terrain full of mystery and deep beauty.

Our first day working with the land heightened my senses in new and exciting ways. I was taught not to fear the neighboring bears, but to understand their patterns in relation to time. In having to train my eyes to see them, I saw so much more of my surroundings. The face that appeared in the mountain across the water reinforced the sacredness of the land. I perceived the face as a Tlingit ancestor welcoming me as a visitor. I felt affirmed in my being there. Before navigating the space through an intentional movement exploration I felt called to remove my shoes. The ground was cold yet welcoming. With each step I felt as though I could fully see all of the life beneath me. I could feel the movement not just in my body, but in the land. I rooted myself in the feeling of this soft soil beneath my bare feet, and was reminded to give thanks and deep praise before I am back to stepping on city gravel.

Days later, momma appeared in full force. Her mist became specks on my glasses and even though she began to cloud my vision I could still feel her presence. I couldn’t help but think about what beings lay beneath. I remember the salmon we met in Juneau before Phonograph. A few wedged into the earth yet still alive through movement. I observed a marathon with moments of sprints. A final lunge forced into a slow, committed death, knowing the goal is to birth new life.