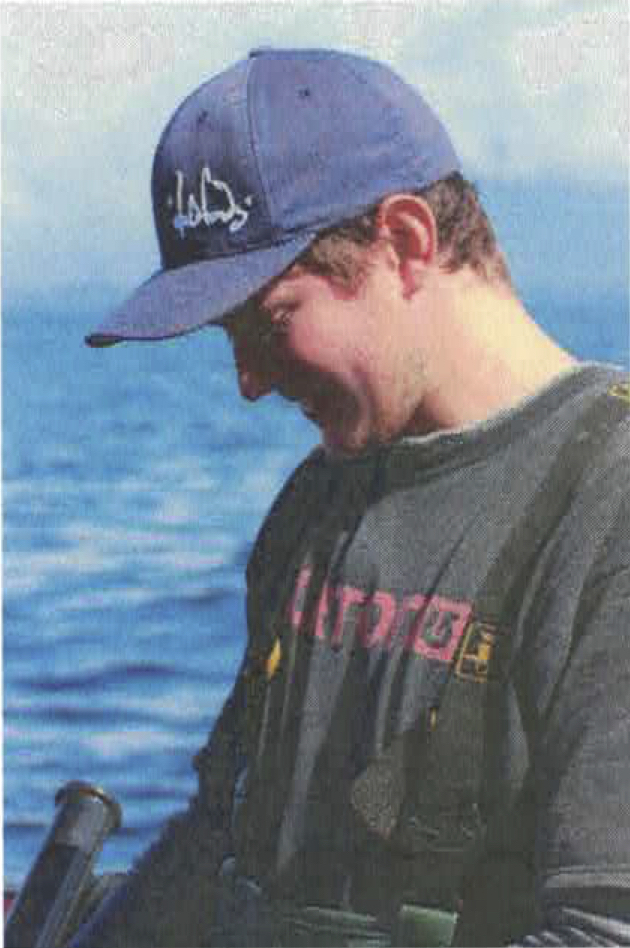 Ian Bowman Blair grew up in Sitka in a loving family that enjoyed outings together boating, hiking and visiting Forest Service cabins. During the summer in high school Ian worked first on a charter boat and then on commercial fishing boats. After high school he continued fishing; seining and long lining. During the off season he learned carpentry while working for a homebuilder/contractor who was building his dream/retirement home. He and the homebuilder became friends and Ian accompanied him as a tender on his fall sea cucumber diving trips. The trips were combined with extra days of hunting for ducks and deer.

In carpentry and fishing, Ian recognized the value of hard work and occupation. He was happiest when busy completing meaningful work. He gained respect and esteem from those who were lucky enough to work with him and be witness to his talents and decorum as a worker. He was intelligent, humorous, empathetic and kind with a warm smile, an open heart and a treasured giggle.

Ian appreciated and was enriched by the freedom that nature and wilderness offered him. He relished the joy of hooking and reeling in a king salmon or trout, of hiking and stalking deer through the forest, muskeg and alpine, his exhilaration evident when reaching high places. He was so happy exploring new places around SE Alaska and was fortunate to have many adventures in his shortened life. Float plane trips to alpine cabins or to Deer Lake on SE Baranof, six seasons crewing on commercial fishing boats, a week-long deer hunting trip to West Chichagof Island and another to Prince of Wales Island, a goat hunt on East Baranof Island. Ian’s life was further enriched through visits to Hawaii, Montana, Mexico, Canada, Costa Rica, and Spain.

Ian was neither a conservationist nor an activist. Any connection he might have had to the Conservation Society lay in his fondness for the expansive, bounteous, raw, wild places of the Tongass that he was fortunate to have known and enjoyed while living here. Because of the Tongass’s impact on Ian’s life and livelihood, and in the desire to contribute to the preservation of this beautiful, wild place, his family asked that donations in his memory be made to the Living Wilderness Fund.