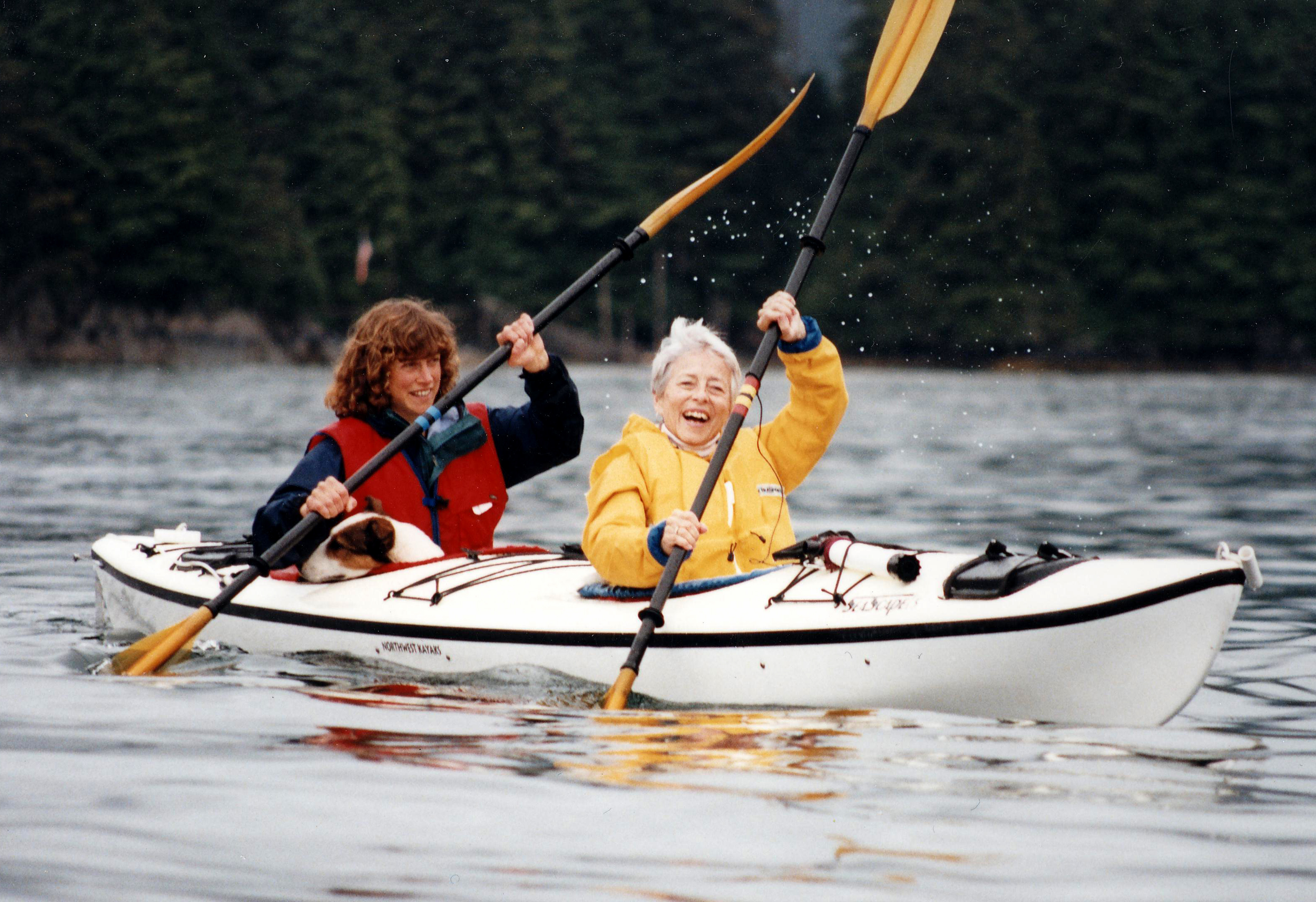 This tribute was written by Anita's daughter Nancy Behnken for Anita's dear friend Diana Dunnan, who's generous gift to the LWF honors Anita.

Anita Behnken is an energetic mother and grandmother who has raised three environmental activists and heavily influenced all seven of her grandchildren in this regard. She has a B.S. in Art History from Wheaton College and is a strong supporter of the arts as well as environmental causes.

Her eldest daughter Janet lives in Wales, where she has been the driving force behind the creation of a county-wide recycling program. Janet is also an active member of Friends of the Earth in the U.K. She and her three sons regularly donate their time and energy to a local wetlands restoration and preservation non-profit.

Anita's other two daughters live in Sitka, Alaska. Linda's primary focus is the protection of marine habitat from destructive fishing practices. She fought tirelessly and is commonly credited with being a major force in influencing the decision to eliminate factory trawlers from the southeastern Gulf of Alaska. This was an essential step in the preservation of delicate coral habitat, which is vitally important to so many marine species. Linda has an M.S. in Environmental Science from Yale and is a commercial fisherman herself, which gives her an uncommon ability to see both perspectives in the ongoing resource-extraction vs. habitat-preservation debates.

Nancy, Anita's third daughter, was a board member of the Sitka Conservation Society for over thirteen years and is a passionate environmentalist. She is also an artist, a talent she inherited from her mother and which her mother has nurtured since early childhood. As an SCS board member and volunteer, Nancy did what she could to protect the Tongass and continues to donate her artwork to further the work that SCS does.

How wonderful to see how the dedication and hard work of a loving mother to raise conscientious children, who in turn work hard to protect the environment, can reach all corners of the globe and beneficially affect many ecosystems.