Tava Guillory on May 24, 2021
Over the past year, it has been a great pleasure to work with our Environmental Policy Intern, Tava Guillory. On Monday she graduated from Sitka High School with plans to attend Carleton College in Northfield, Minnesota. During our time together, Tava has illustrated Tongass stewardship as a leader in Youth for Sustainable Futures, a member of 4-H’s Youth in Governance program, and through her engagement of local representatives regarding environmental policy issues. Tava’s willingness to think critically and be challenged has further cultivated her dedication to advocacy. We at Sitka Conservation Society want to express wild gratitude to Tava for the opportunity to work with her over the past year, as well as her continued commitment to conserving the Tongass National Forest. 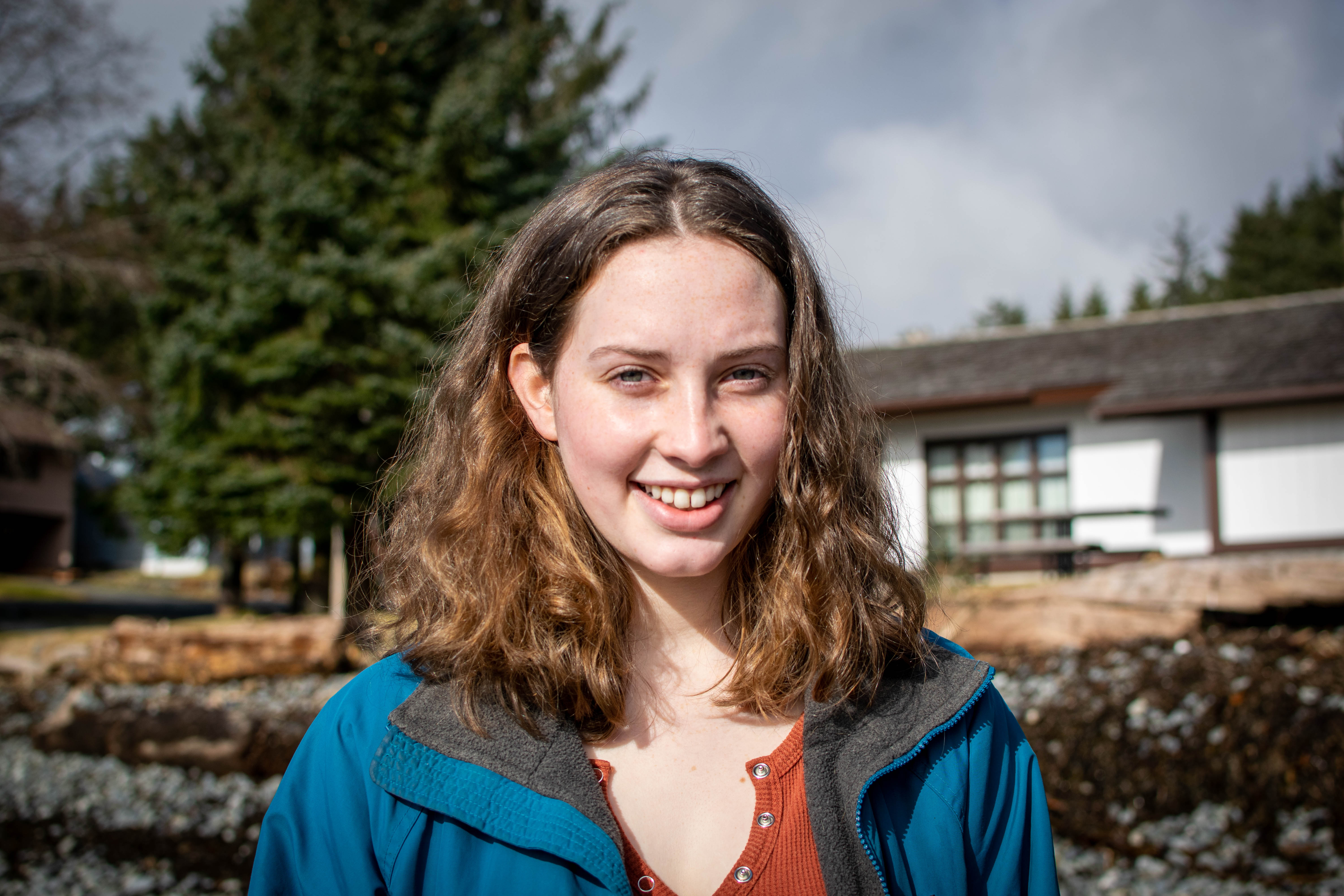 Youth in Governance this spring had to adapt to COVID-19 like many other programs have, by transferring online. Though this caused some problems, it also made it so I was able to participate in the program. Like many other years, Youth in Governance gave students opportunities to speak with members of the state legislature, and I introduced some of the basic ideas behind government. Youth In Governance can be used as a very effective tool to give students perspective into the working of our state government.

Firstly, Youth In Governance can be used effectively to help educate students on the issues our state government concerns itself with. Through my experience with the program, I saw many basic ideas of government as major centers of conversation. In one meeting, we discussed the distinctions or resolutions and bills. We also talked through the legislative process, and how a bill becomes a law. These ideas are covered in government classes, and are very important background information in order to understand how our state government functions. While this program covers the basic background information in government, it also took this a step further in appling some of these concepts on the Alaska Legislature website and in our conversation with Senators and Representatives.

The other major purpose this program can serve is how it can connect students with members of their government. Firstly, one of the priorities in the first weeks of the program was to identify each of our respective Senators, Representatives, and City assembly members. Even just this very first step felt very important to introduce the state legislature to many of the students in the group. The identification of our respective legislators could lead to further participation and more conversations between students and their representatives on what they care about.

This part of the program was also built into our meetings by actually scheduling time with the legislators. We met with four different members of the state legislature: including Senator Kawasaki, Representative Zulkosky, Senator Myers, and Senator Wilson. Over the first couple of meetings we had good length conversations with each of these people. These conversations served as both educational and allowed us to ask questions of the legislators. This skill is definitely one I really value. I think it is very important to give students experience communicating and asking questions of Representatives and Senators. This section of the program also helped to build relationships with some of the legislators we talked with. If need be, I would feel comfortable reaching out to one of these people to do another meeting more specifically on climate action. I hope that some of the other students in the program were able to gain that from the experience as well.

Youth in Governance spanned over six weeks, giving us a large amount of time to explore the content we were covering. The weekly meetings were only approximately an hour, which did limit our time as a group to work together. In the second meeting, we jumped right into meeting with legislators. For the duration of those meetings we would work on different activities and ask the legislators questions. After this, we moved into work in smaller groups. We spent a day exploring the Alaska State Legislature website, which I found to be a helpful tool to review. We talked that meeting about the priorities we had in our own individual communities and how that related to the state. We split off into breakout rooms and research in those groups. I was partnered with two girls from Kodiak, who brought food security and the Alaska Marine Highway into the conversation. I found the conversation with people from outside South East about the Alaska Marine Highway to be particularly interesting. We ended up doing some research on hunting permits and subsistence use, which I also found interesting. After that, we began to draft mock resolutions, which took us to the final day of meetings. In that meeting we were able to share a little bit more about what we do and what we cared about. I brought in my experience in climate action in this section of the program, talking about our recent meeting with Senator Murkowski.

During this experience, I personally gained most from the meetings. Specifically, I found that Senator Kawasaki and Representative Zulkosky brought a really interesting perspective to the group. In the first meeting I was able to attend, we met with Representative Zulkosky. She represented Bethel and had in the past done work in health services. She also is the only Alaska Native woman in the entire Alaska State House of Representatives. Though our time with her was limited, she talked about her work in the legislature on supporting Alaska Native women and on supporting health services for small towns. From the work that she mentioned, she seemed to be a very valuable person to have in the legislature. The issues she spoke of felt very important, and she left a very good impression on me. I think she was one of my favorite guests.

We also had a very beneficial meeting with Senator Kawasaki. He had switched from the House to the Senate in a recent election and had an interesting perspective on how the bodies worked differently. He mentioned that he missed the energy of the House of Representatives. In the House people were more progressive, had more outstanding ideas, and moved with more urgency because of the shorter terms. In the Senate, he missed that energy and progressivism. He said the Senate was more relaxing, even sometimes boring. Like Representative he was also from far outside my bubble of Southeast, representing part of Fairbanks. This brought more of both the northern Alaska and the city perspective to our conversation. Chief of Staff Joe Hayes also attended the meeting and participated in our activity about the legislative process.

I enjoyed the new people we got to meet with and learning about the different experiences of the students from the interior. I am glad I participated in the program, and would recommend it for students who enjoy learning about government and meeting new people. 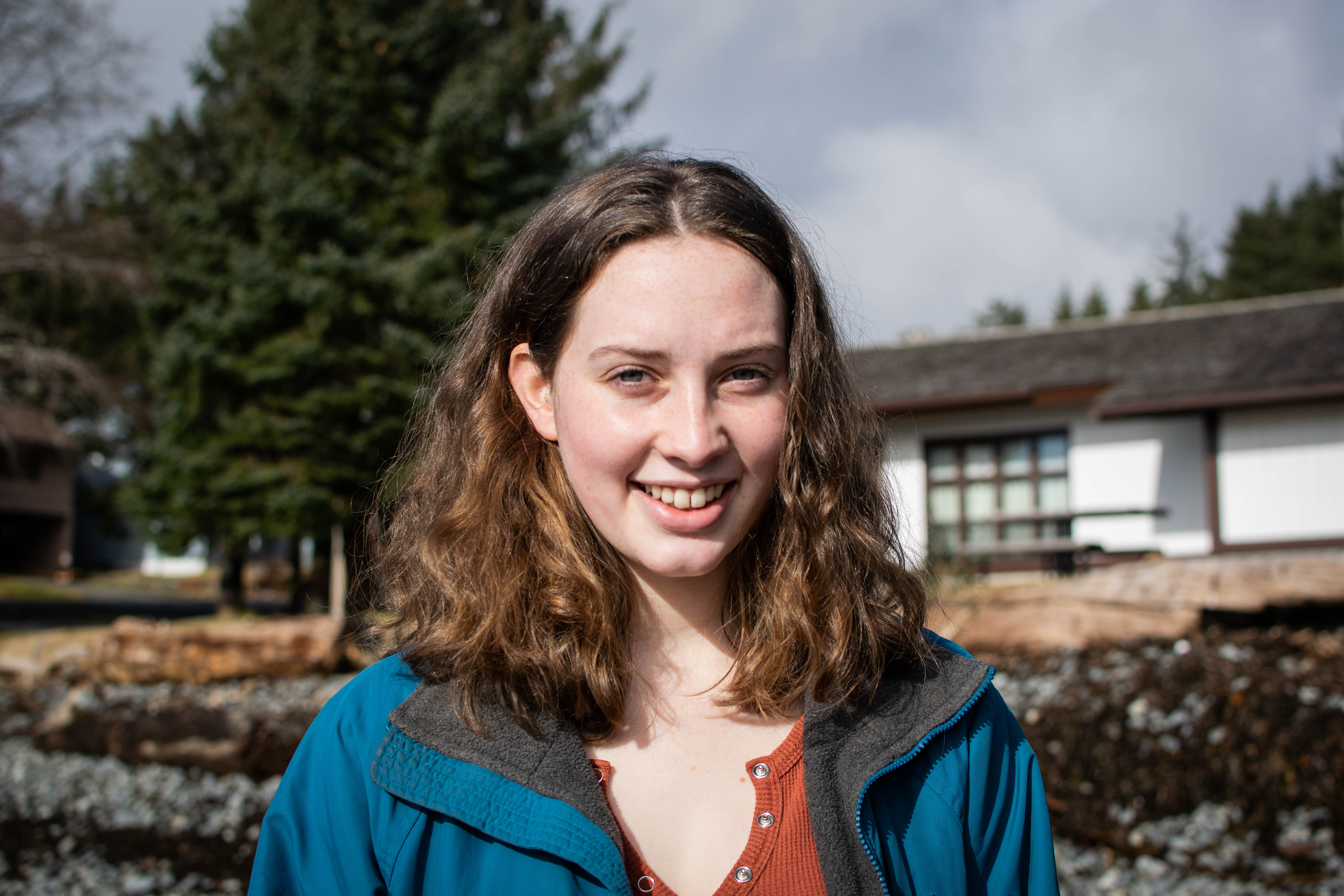 Reflecting on the 2021 Youth in Governance - Sitka Conservation Society

Over the past year, it has been a great pleasure to work with our Environmental Policy Intern, Tava Guillory. On Monday she graduated from Sitka High School with plans to attend Carleton College in Northfield, Minnesota. During our time together, Tava has illustrated Tongass stewardship as a leader in Youth...