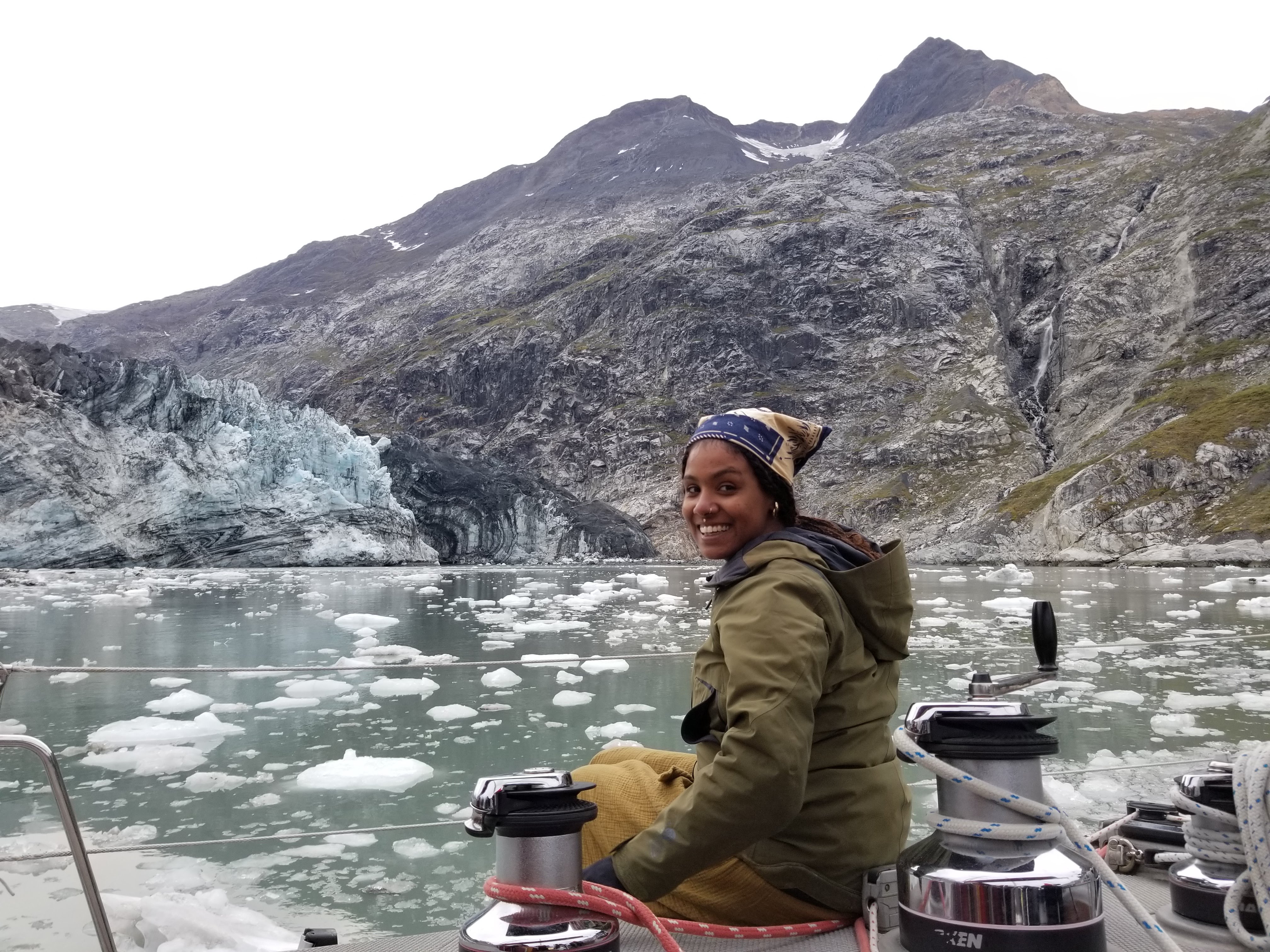 For the past few years, SCS has had the pleasure of hosting artists and changemakers of different practices and backgrounds at the Phonograph Creek property left to us by Eric and Pam Bealer. The goal of this project is to connect people to the Tongass and inspire them to create from their experiences, continuing the Bealers’ artistic legacy. The following is a reflection from brontë velez, a black/Latinx social justice activist, artist, and creatrix who joined us in summer of 2020.

Around this time last year, I was returning from an annual fast in southern California, with my elders, to recommit and re-confirm the prayer of my life. The valley that calls me to pray is the ancestral lands of the Paiute-Shoshone people - the land is known as Payahuunadu which means where the water flows.

This naming does not feel tethered to the practice of territorializing or colonizing a place but rather the relational call-and-response that emerges from the wisdom of ecological and ceremonial attention — when reverence, witnessing and tending draw forth worship from you, enough to grant the patterns in a place recognition — to re-indigenize the locus of agency: that perhaps it’s irreverent and audacious to think it’s possible to cast a name on a valley but rather what relationship is fortified when we listen for the agency of the water’s longing to recognize their self through our language and to find themselves pronounced through the gratitude of our breath? 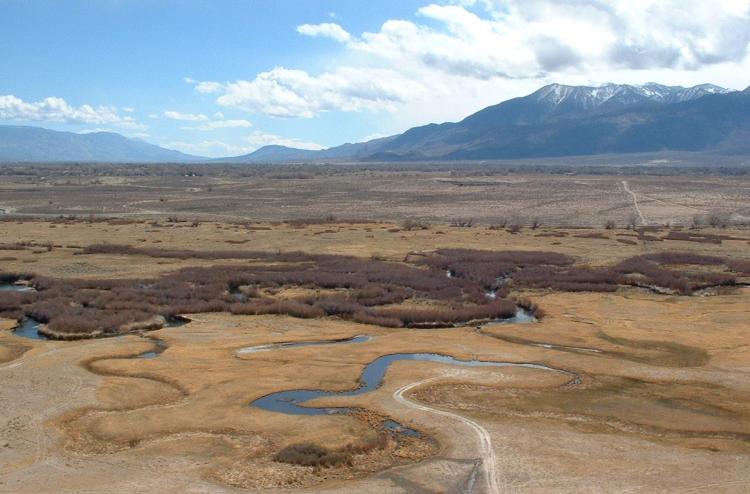 Payahuunadu is also the valley where the Department of Water and Power in LA covertly bought up huge swaths of land in the early 1900s to steal and redirect water from the “Owens Valley” (settler-colonial name for Payahuunadu) to LA. It’s where William Mulholland, the engineer on the aqueduct project famously said during the aqueduct opening ceremony, “There it is. Take it.” His words a reflection that the settler-colonial recognition of water has predominantly been a project of extraction rather than relationship.

Emerging from my fast last year, I along with my friends, partner and co-liberators were invited to southeast Alaska to humbly bear witness to Lingít, Haida, Tshmishian territories in the Tongass National Forest in collaboration with For The Wild and Sitka Conservation Society. I arrived to the crisp, cool air of Alaska reluctantly - not sure if I was making the right decision to go, especially while millions of acres of wildfires burned in California simultaneously. I asked myself if I was escaping the smoke, if I was running away. I felt self-conscious of leaving my community at such a critical moment to be in a geography that I did not call home, especially during the pandemic.

During my discernment process, I recalled a dream I had a couple of years prior when I was invited to Alaska at a different moment with my friend Ayana who is the ED for For The Wild. At that time it didn’t make sense for me to go but I received a dream after the invitation where I was in the Tongass lying naked on the earth and there was a chorus of voices announcing Dr. King’s admonition that, “Injustice anywhere is a threat to justice everywhere” (Letters From A Birmingham Jail.).

This second invitation to Alaska felt clear to follow that dream into the waking and to trust that the watersheds and bioregions that water me, and that I in reciprocity protect and defend in California with my kinfolk, are not separate from Alaska. To disentangle myself from the story that glaciers being disappeared in southeast Alaska are separate from the water swallowing my ancestral island of Borikén (“Puerto Rico”). To trust that these lands and stories signified by extraction, be it water or old-growth or metals or oil or indigenous displacement or racial injustice are all deeply connected. And that it’s critical now, more-than-ever, to be present to weave the threads and to bear witness. 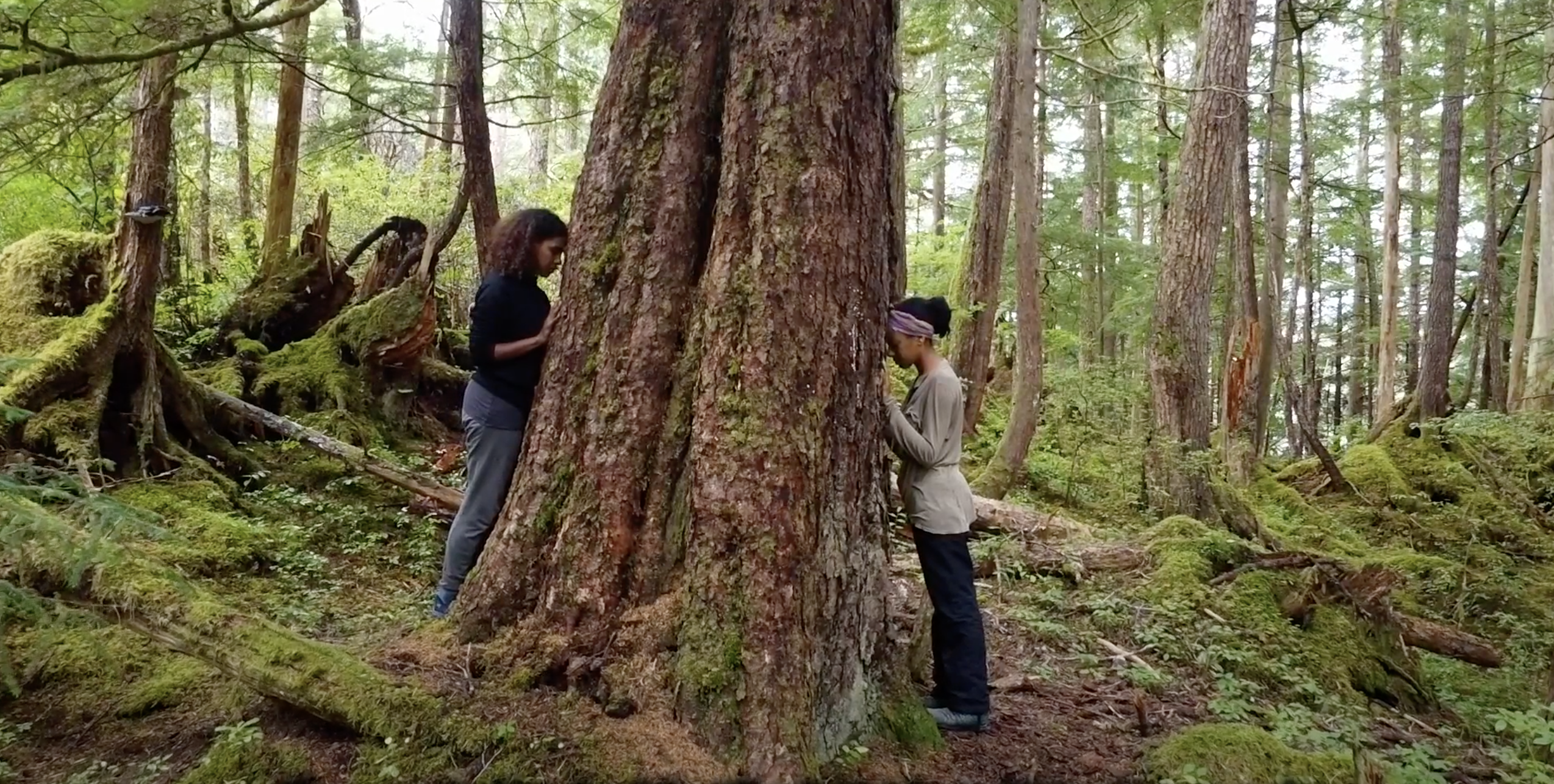 This year, I emerged from my fast with the invitation from Heather Bauscher, SCS’s Tongass’ Community Organizer who supported organizing our time in and with SE Alaska, to offer my reflections on my time there. When Heather invited me to reflect I felt the year cycle, the seasons shift, the preparation for Rosh Hashanah that I was in the year prior when we were invited. As I write this I am in the month of Elul in the Jewish calendar, the last month of the year, preparing with my partner and friends to limb the trees here in Kashia Pomo territory as we prepare for fire season and offering good fire through a prescribed burn this winter.

This year’s Rosh Hashanah will mark a shmita year in the Jewish cosmology of time - shmita occurs every 7 years as a practice in extending the commandment of observing the sabbath to the land. Not surprisingly, Jiordi (my partner) shared with me recently that the Kashia Pomo would burn the land here about every 7 years, another shmita cycle.

Shmita literally means release in Hebrew. The commandment asks you to let the land go fallow, to let the land rest, to release all debts, to offer forth forgiveness, private land is to be returned to the commons, food that has been stored and perennial harvests are to be redistributed to support those around you. As I prepare for my first sabbatical and for shmita, I think of the arctic ground squirrel in Alaska, the mammal on the planet with the longest hibernation. I think of their rest. I think of how deeply I want to protect their rest. I think of a changing climate and if they will be able to rest as long as their ancestors have rested. And if their rest is compromised how does that disturb our and the land’s rest?

I think of the rest of the glaciers and how quickly they are being awakened. What does it mean that our elders are being destroyed in this way? To trust that this is enacting extreme spiritual ramifications on the planet and that we must respond like our souls seven generations backwards and forward through time are at stake. I think of dancing before “Lamplugh” Glacier (who I long to know by other names) last year and weeping before the calving together. I want there to be yellow cedars. I want the bears to rest. I want the salmon and their tired bodies to be able to come home with ease after such a long journey. I want my Tlingit, Haida, Tshmishian and Native Alaskan kinfolk to be protected, for their lifeways, culture, land, memory and wellbeing to be protected.

Can our grieving mobilize the clarity to protect the bioregions who hold us? Can shmita and sabbath renew a radical cosmology within us for mutual aid? Can we extend the land and ourselves sabbath? Can I trust that caring for my watershed in Kashia Pomo territory is the same land as the Tongass? Can I trust offering myself sabbath gives me the attention to show up in right relationship with the land? I am holding these questions with me into this next year. When this is published, the sabbath year will have ended. My prayer in writing this is that by next year, the molecular rearrangements Alaska made in me, allow me to release my complicity with hyper-capitalism, extraction, and living out of right relationship with the earth. May I be devoted to offering the earth sabbath. May the Tongass’ sabbath be protected. Asé.

Witness to the Tongass: A reflection by brontë velez - Sitka Conservation Society

brontë velez in Southeast Alaska (credit: Heather Bauscher). For the past few years, SCS has had the pleasure of hosting artists and changemakers of different practices and backgrounds at the Phonograph Creek property left to us by Eric and Pam Bealer. The goal of this project is to connect people...

Words by Debbie S. Miller Photo: Heart Lake. Credit: Amy Li. “I am never alone in this wild forest, this forest of elders, this forest of eyes.”   So wrote Richard (Nels) Nelson in the Island Within, a reflection of his deep relationship with the forest. Through Koyukon teachings, Nels believed...