The expedition to Black Bay on West Chichagof was for the SCS crew to create a baseline for monitoring how well the Wilderness area was functioning. Read Bob Christensen's report below.

Red Bluff Bay is one of the most iconic places on Baranof Island. The area gets its name from the red, ultramafic (meaning high iron content) of the bedrock outcrop that marks the entrance of the bay. SCS's Wilderness Crew, accompanied by author Nick Jans, targeted the bluffs as a prime environment to survey for rare and sensitive plants. Red Bluff is also a popular destination for travelers and small cruise boats, so it was also important to monitor the base-line levels of human use to ensure that we don't "love this place to death."

Goulding Lakes are a series of three large lakes right in the middle of West Chichagof-Yakobi Wilderness area. In the summer of 2010, the SCS Wilderness Crew comprised of SCS staff and a number of volunteers, flew into the largest of the lakes with the goal of survey priority areas as they backpacked north to Stag Bay. Check out the video to see how the adventure unfolded.

SCS traveled with Forest Service personnel investigating the decommissioned cabins in Maksoutoff and Rezanof lakes. We conducted invasive and sensitive plant surveys on both Rezanof and Khostof lakes, including the main creek valley at the head of Rezanof Lake and up the northwestern slope of Mt. Hagemeister.

We did not locate any invasive plant species in the area.

The most unique vegetation type encountered on this trip was the grass dominated meadows on the eastern shore. The grasslands may be maintained by episodic flooding and/or browse of invading shrubs and trees.

We did relocate populations of Mimulus lewisii (on the Alaska Natural Heritage Vascular Tracking List) on the eastern shore of Rezanof Lake.

We found one adult boreal toad in the sloughs of Rezanof Creek.

We spent 5 days at Red Bluff bay conducting Invasive and sensitive plant surveys and solitude monitoring. Red Bluff was the most heavily used area that we visited in either Wilderness during the 2009 field season. There were 10 private boats anchored in the bay and 2 parties seen on shore.

We did not find any invasive species, but document several populations of Polystichum kruckebergii , a species of fern included on the Region 10 Sensitive plant list, on the bluffs. Additionally we found two species included on the Alaska Natural Heritage Vascular Plant tracking list, Mimulus lewisii (S2) and Asplenium trichomanes (S1) on the bluffs near the abandoned cannery site. Interesting vegetation types encountered included the strikingly sparse vegetation found on the ultramafic bluffs and stands of Populus balsamifera in the floodplain.

Cedar samples were collected for the Forest Sciences study on the genetics and biogeography of Alaska Yellow Cedar.

The most unusual animal sighting was grasshoppers (not typical of insular southeast Alaska) on the bluffs.

A sow and cubs were seen in the estuary meadow.

The Wilderness Ranger and I spent an overnight trip at Lake Diana to monitor a hunting camp and to conduct invasive and sensitive plant surveys.

We did extensive clean up of a camp site near the eastern shore of the lake, including trash collection, line removal and consolidating multiple fire rings into one site.

We hiked up from the eastern shore to the snow line on the ridge overlooking the Salmon Lake valley. No invasive or sensitive plants were seen. The most notable feature of the vegetation was the presence of several native Mtn Ash trees.

Lydonia island is small island with a mixture of vegetation types cedar dominated young forest, scrubby mixed conifer, open muskeg and a pond with a small area of grass/sedge/herb meadow. In the small meadow we found our second invasive species of the field season, Phleum pratense .

There was sign of a camp site (tent stakes) on the island, but no trash.

At Lake Elfendahl we surveyed the outlet of the lake and approximately a mile down an unofficial trail to White Sulfur Hot Springs. Near the lake outlet we collected a buccal swab genetic sample from a Boreal Toad.

Near the outlet of the lake we collected some atypical species including Ranunculus aquatilis and Botrychium mulitfidum.

We also conducted sensitive and invasive plant surveys up the slopes of Mt. Fritz. None were found, but we did collect Cinna latifolia an under documented, but probably not unusual species of grass. 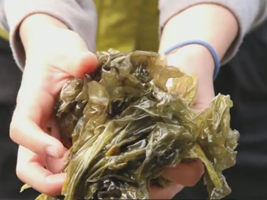 Living with the Land: Seaweed Harvest 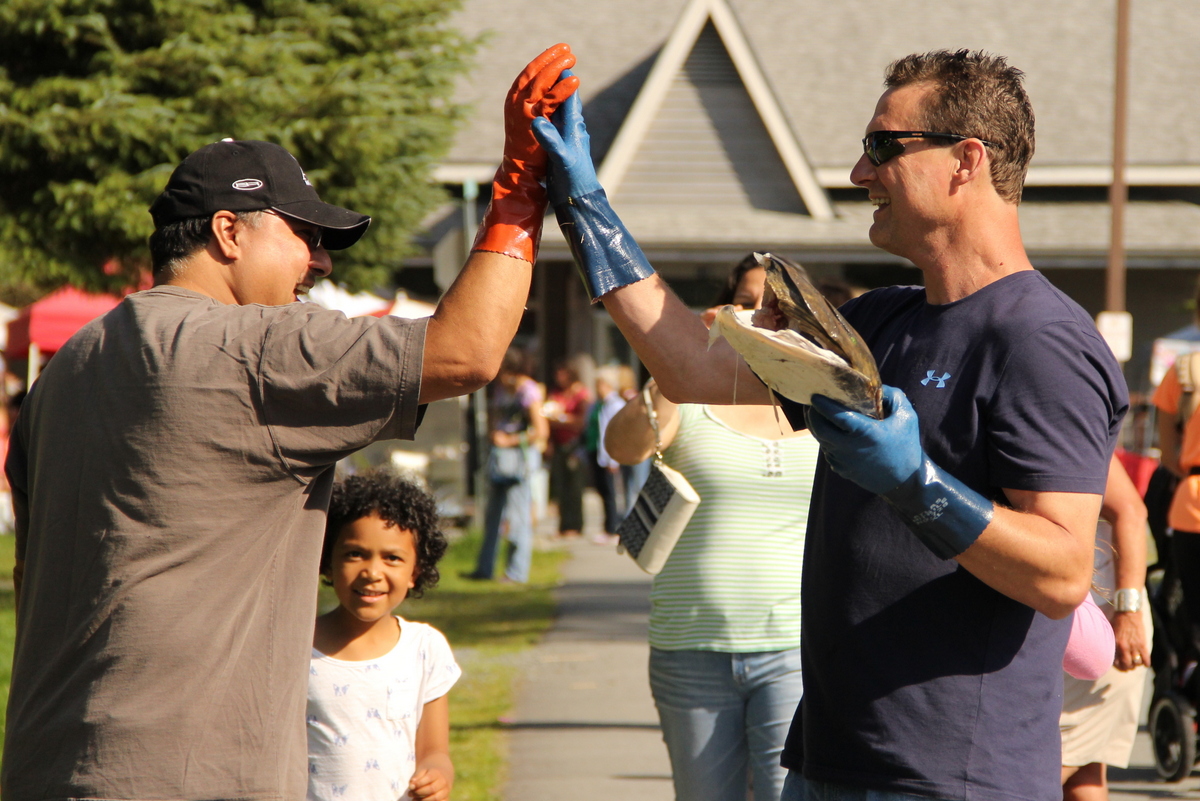 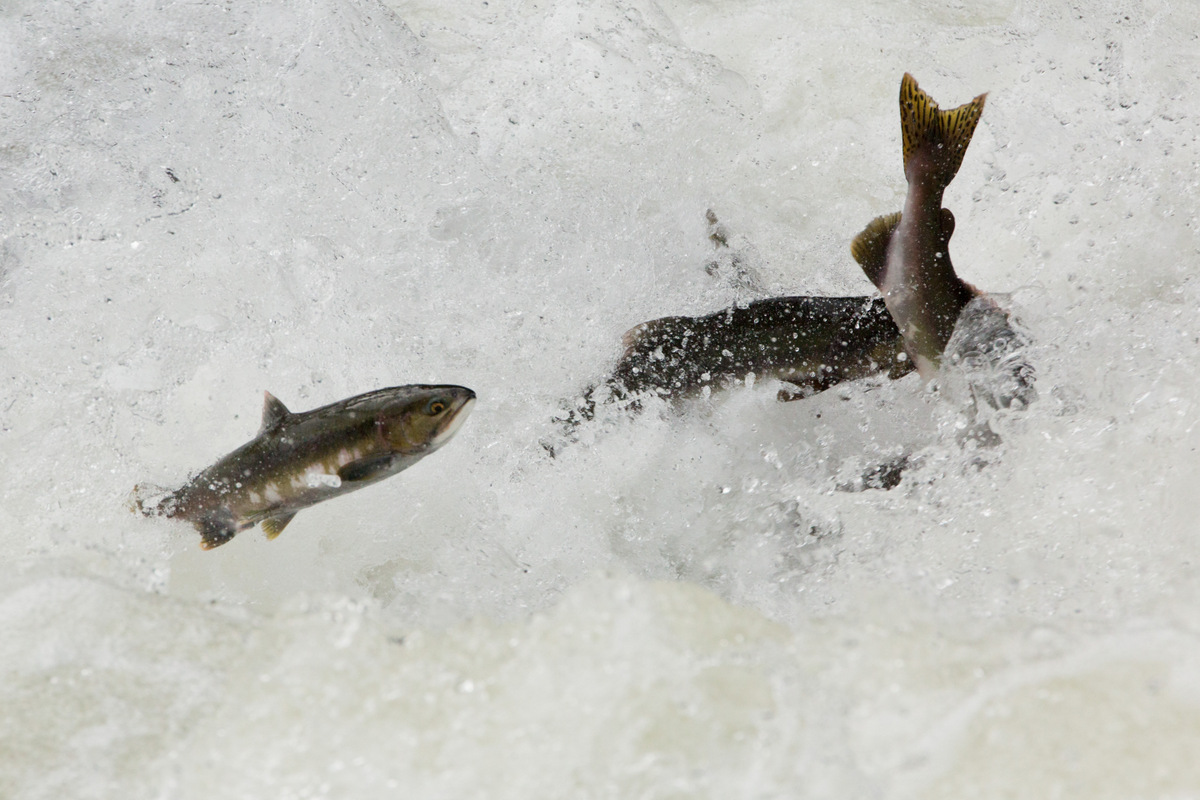 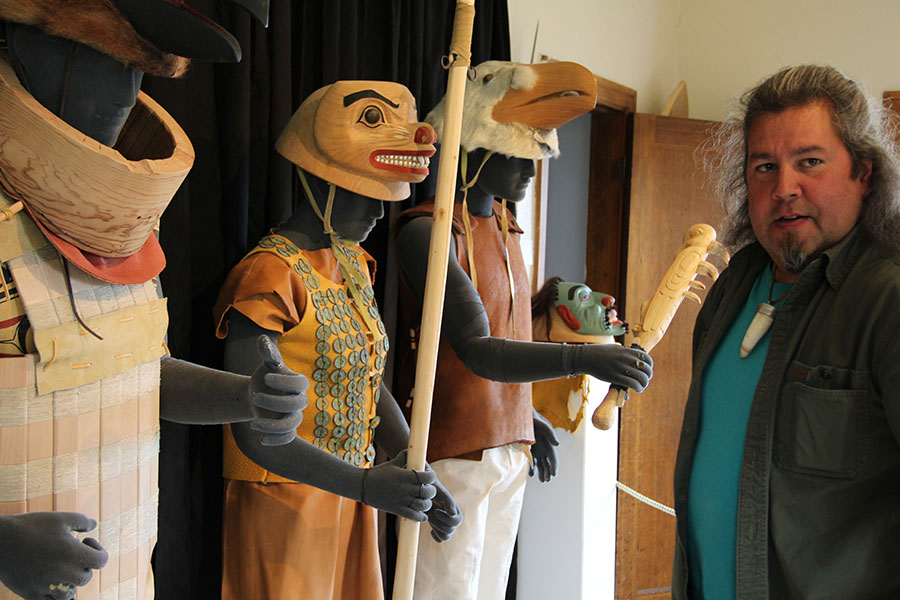 Group Working to Save Yellow Cedar