Fishermen at the Capital

The Sitka Conservation Society is working hard during this Forest Service budget preparing season to advocate for a shift of Tongass funding from a disproportionate logging program to a focus that manages our largest National Forest for Salmon. It is high time that we made this shift because salmon are the lifeblood of our region for our ecosystems, our economy, and our way-of-life. Now is a critical time to write letters supporting the Tongass's Fisheries and Watershed program and ensuring that the Forest Service is putting Tongass funding in the programs that benefit our wild, Alaska Salmon and the communities within the Tongass.

You can help by writing a letter, click here to Take Action.

In December, SCS was able to help Matt Lawrie, a local Sitka Troller, travel to Washington, DC to take copies of letters that Fishermen and community members wrote asking for a shift from Forest Service spending on Old Growth Clear-c

utting in the Timber program to the Fisheries and Watershed program to restore and protect Tongass Salmon Habitat. Matt personally delivered the letters to Harris Sherman, the Undersecretary of Natural Resources, Senior Staff at the USDA Rural Development offices, staff from the President's Management and Budget Office, and spoke personally with the Chief of the Forest Service and delivered the message on the importance of Tongass Salmon.

The meetings were frustrating because everyone acted like they agreed that funding needs to shift from Timber to Salmon, but everyone seemed to point the finger that someone else had to step up and demand the change was made. It seemed that some of the decision makers that were visited (The Forest Service Chief and the Undersecretary) were genuinely happy that commercial fishermen were visiting DC and speaking up on the budget because they are slowly recognizing the importance of the Tongass National Forest's role in producing salmon and sustaining a sustainable fishery and sustainable livelihoods and that they agree that this shift needs to be made.

Officials were also glad that commercial fishermen and concerned community members were finally visiting because the timber lobby visits at least twice a year to keep the programs funded that log the Tongass!

We always knew that timber had a big lobby and it is likely why more money is going to cut down the Forests that salmon depend on than restoring the damage that pulp mill clear-cutting has done to the Tongass that needs fixing.

The fact that Matt and the other fishermen visited the same offices as timber shows us that we are doing the right thing. It was really good that young fishermen stand up and speak too because he represents a new generation on the Tongass that is looking ahead to the future and thinking about sustainable management of Tongass resources--- the opposite of what we've had with clear-cut logging.

We are going to try to send more fishermen back to Washington in February to advocate for a Forest Service budget that focuses on Salmon and Watershed restoration. We want to take back at least 200 letters from fishermen in February. That would be 40 more letters than there are timber jobs in Southeast Alaska (160 timber jobs, over 4000 jobs related to Salmon).

You can help us by writing letters to the regional forester, the undersecretary of Natural Resources, our Alaskan Senators. Tele Aadsen did a really good blog post that outlines the issue calls fishermen to action. It is a great post to point people to for motivation:

Sealaska is moving forward with plans to take ownership of Redoubt Falls. Stakes have been placed, and opportunities for public comment on this divisive plan are limited.

Although Sealaska has claimed in the past that the public will continue to have access to the most important subsistence sockeye stream close to Sitka, there doesn't seem to be a legal mechanism to guarantee public access once the land is transferred. The Sitka Tribes have submitted a letter of support for the transfer which doesn't mention continued public access.

ABureau of Land management publicationstates,"Do not hunt, fish, or trap on or from a 17(b)easement unless you first get a permit and permission from the Alaska Native corporation who owns the private land." The regulations in the Bureau of Land Management publication will apply to Redoubt Falls, if transferred to Sealaska. Sealaska attorney Araugo has stated in the past that access to Sealaska land would be granted on a "case by case" basis.

Currently the Forest Service is the agency with the standing toobject to the transfer based on protecting the valuable fishery at Redoubt. A strong show of support forkeepingRedoubt open to thepublicis needed through letter to the Forest Service
For more information call SCS at 747-7509. If you would like to take action, please urge the City Assembly to pass a resolution to keep Redoubt Falls public land.
Read the full briefing sheet on the issue:
Redoubt Land Transfer Briefing Sheet 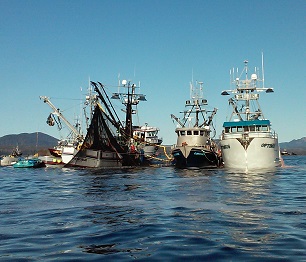 Herring Harvests: the Good, The Bad, and the (Not So) Ugly, Part 2 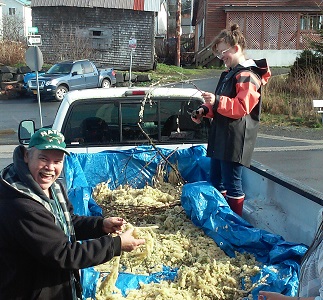 Herring Harvests: the Good, the Bad, and the (Not So) Ugly, Part 1 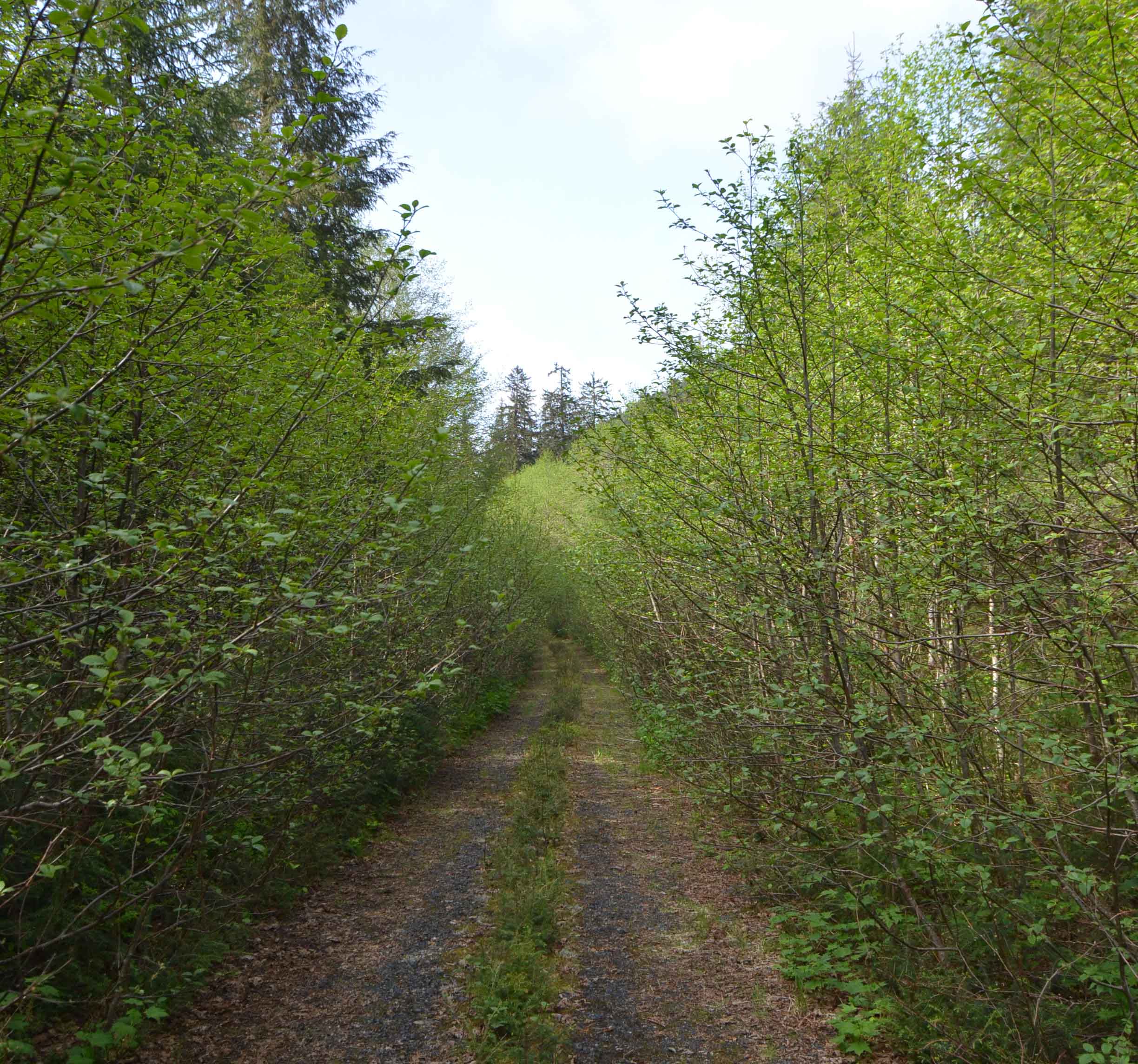 Is the Katlian Bay Road Really a Good Idea? 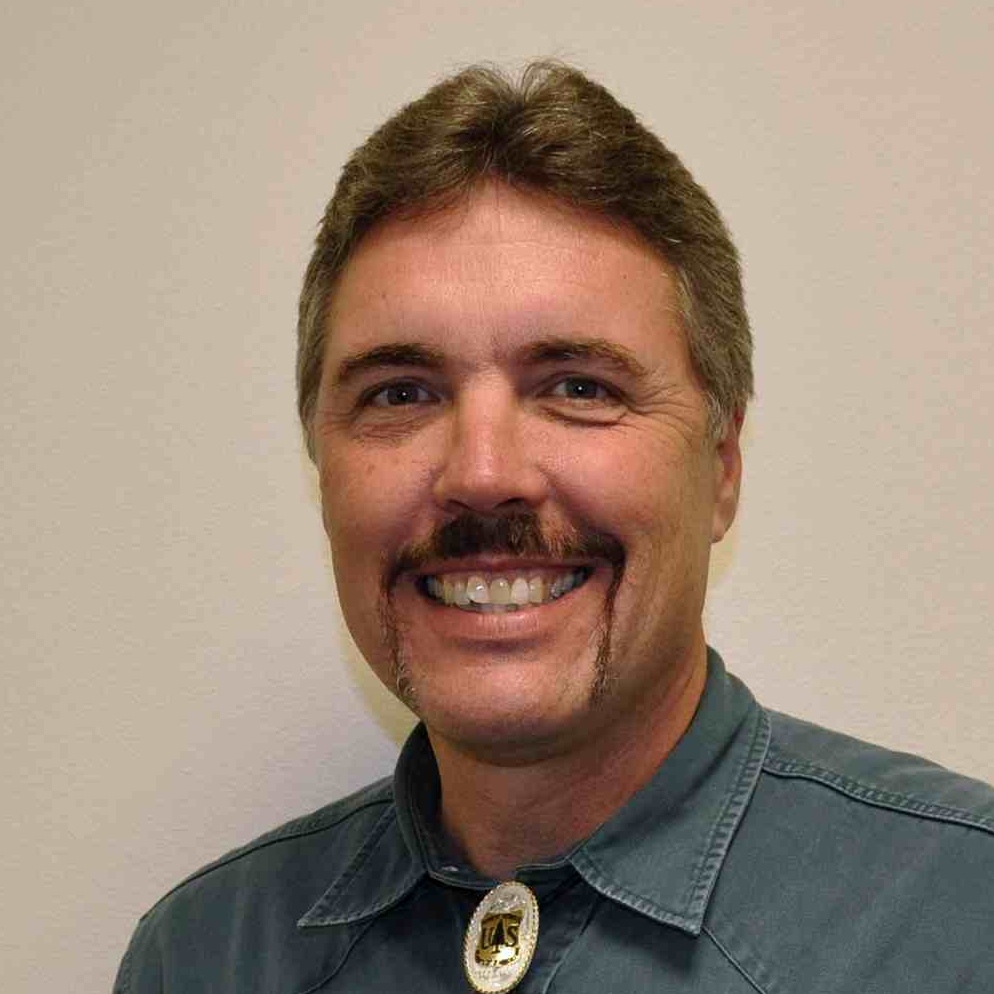