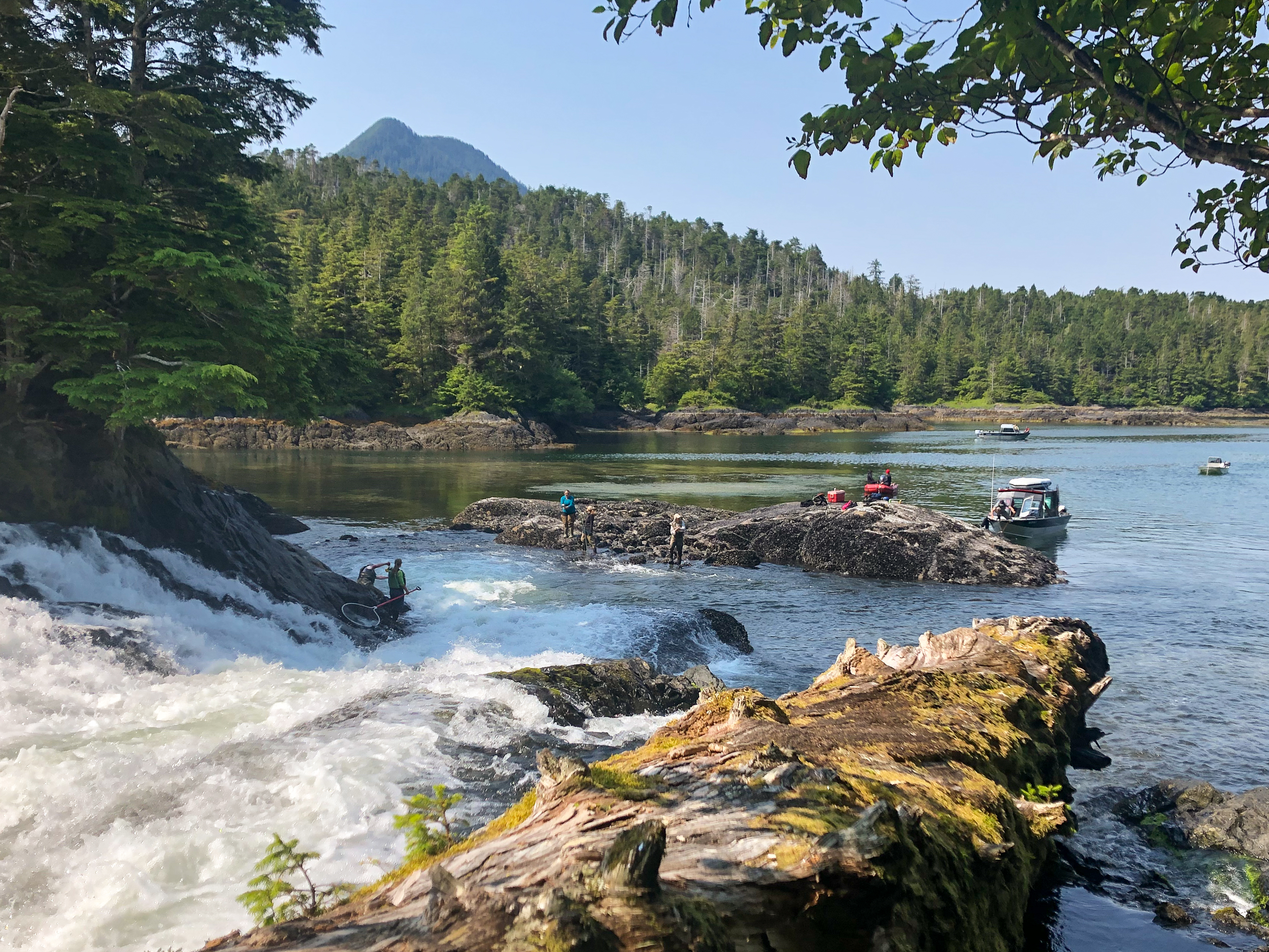 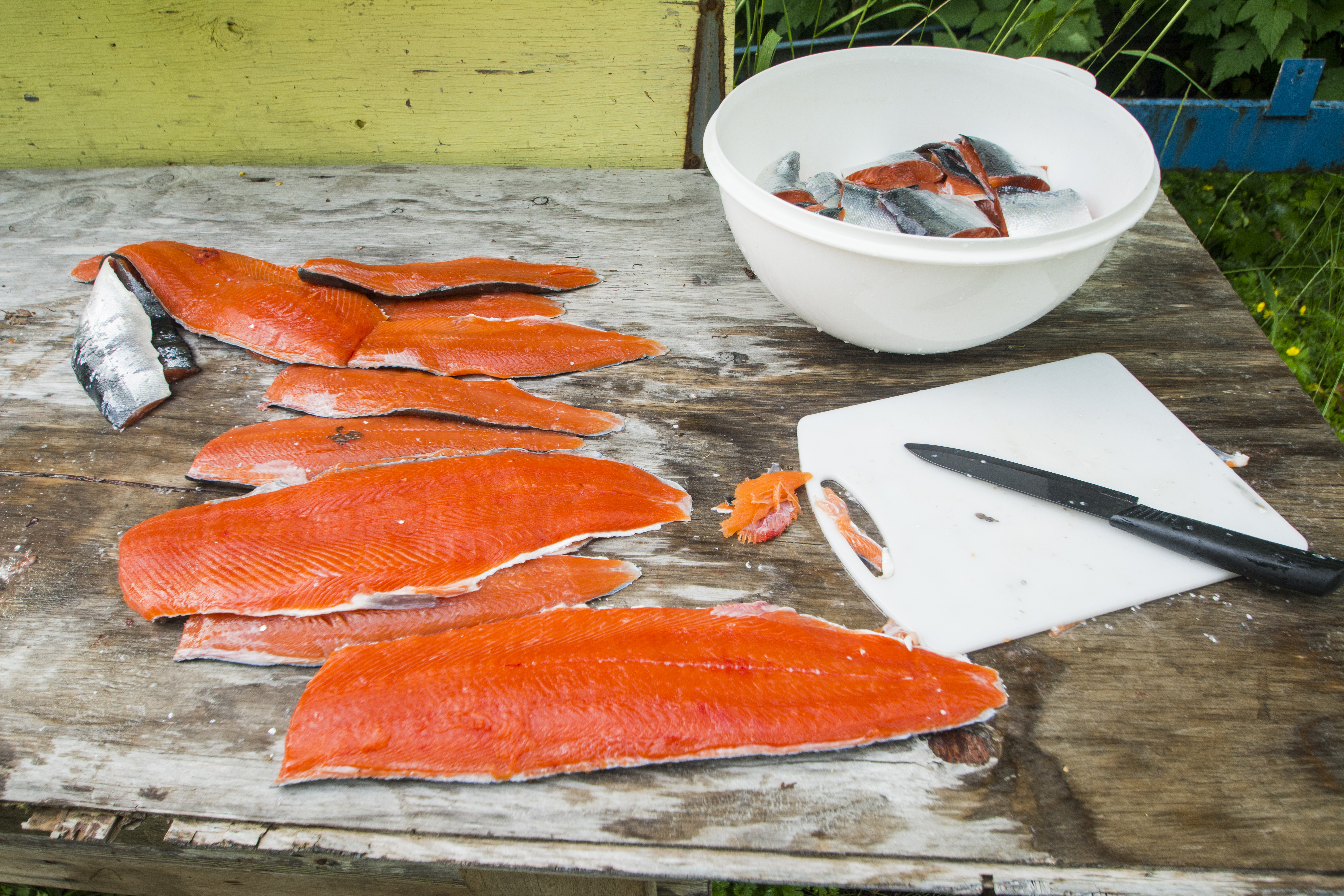 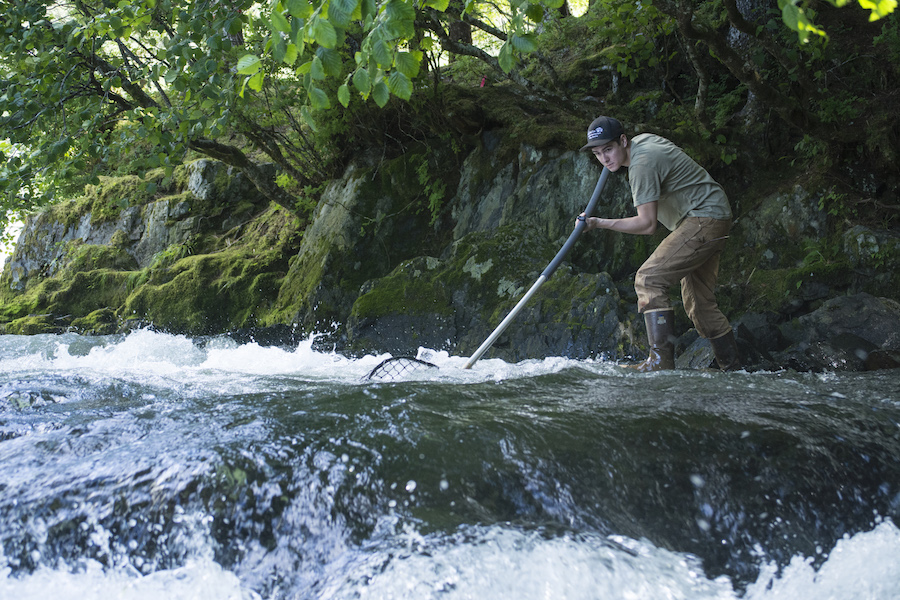 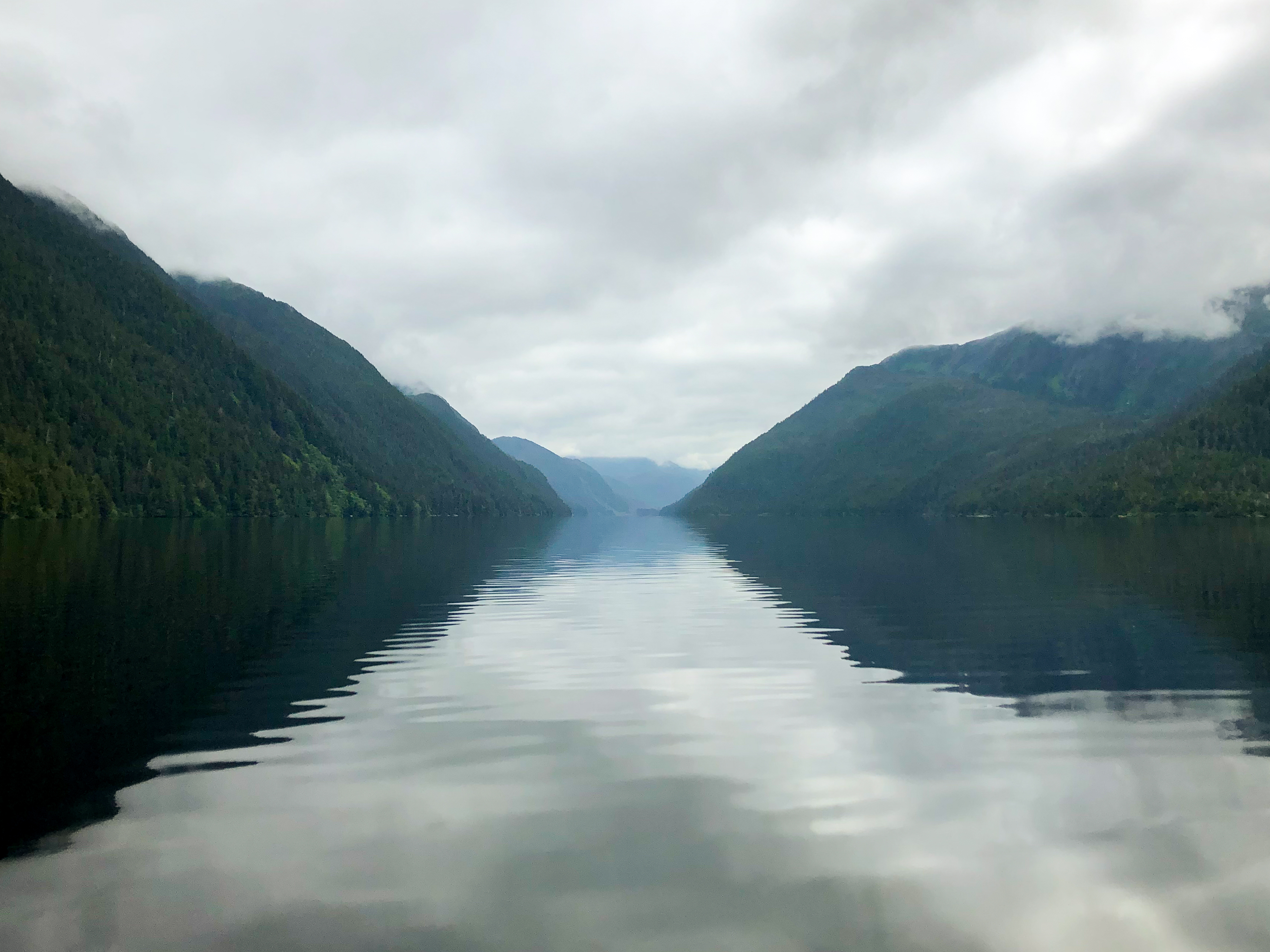 Redoubt Lake is most likely a fjord that was separated from the ocean hundreds of years ago. Photo by Ellie Handler

For the monitoring team, Redoubt Lake isn’t a bad office. Steep, forested mountains surround the 9-mile-long lake that averages a depth of 460 feet.

Our own Ellie Handler worked there in the summer of 2019 as a member of the Student Conservation Association. “This was an exciting opportunity to actually do hands-on fisheries work, which I hadn’t done before,” she said. 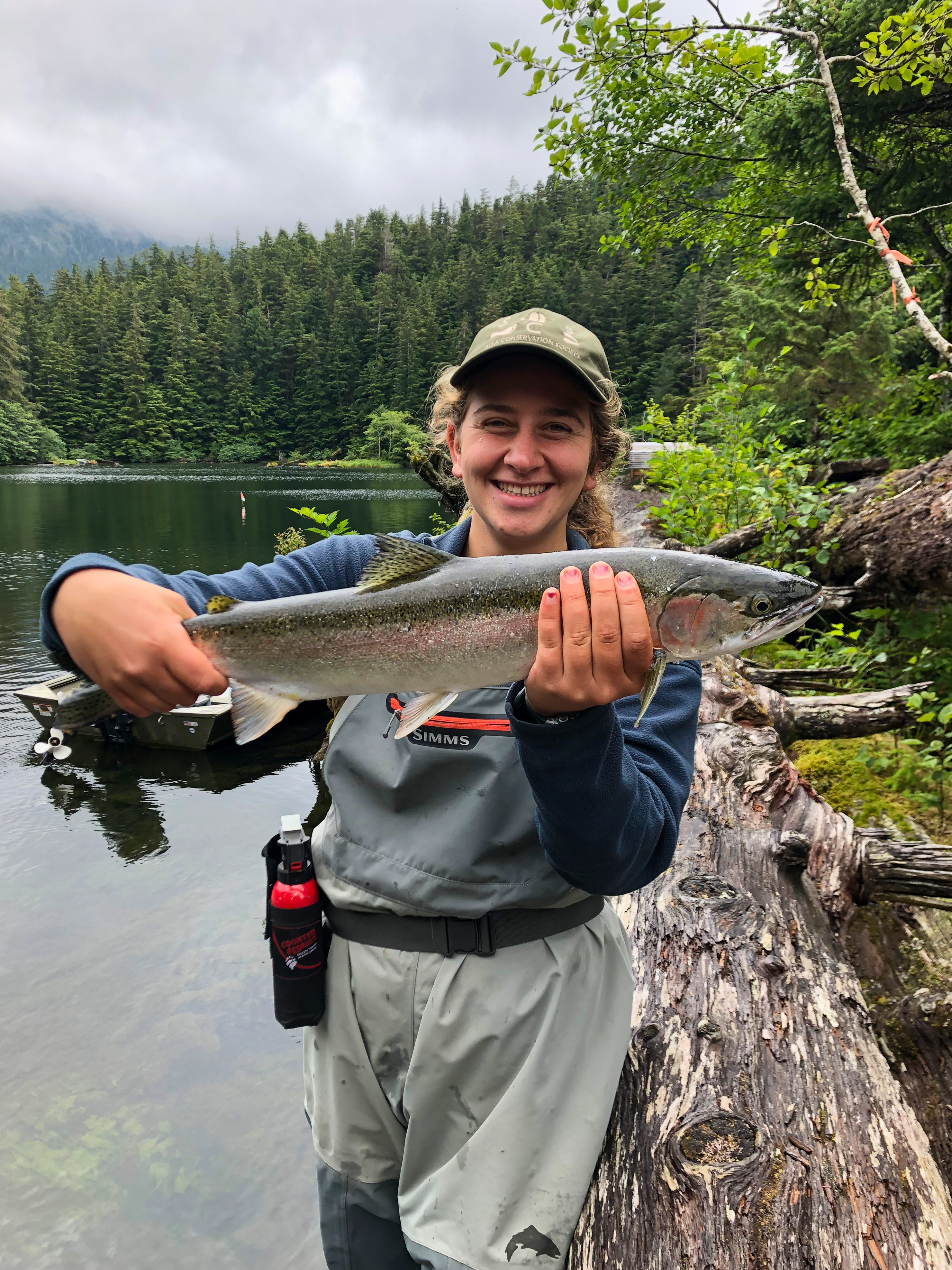 Ellie Handler worked at Redoubt Lake as a Student Conservation Association intern in the summer of 2019. Photo provided by Ellie Handler

Each summer, the Redoubt team sets up a weir at the outflows to control where the fish can swim into the lake. They count the fish that swim through the weir and measure the age and size of some fish, which helps to draw a picture of how the run changes over time. 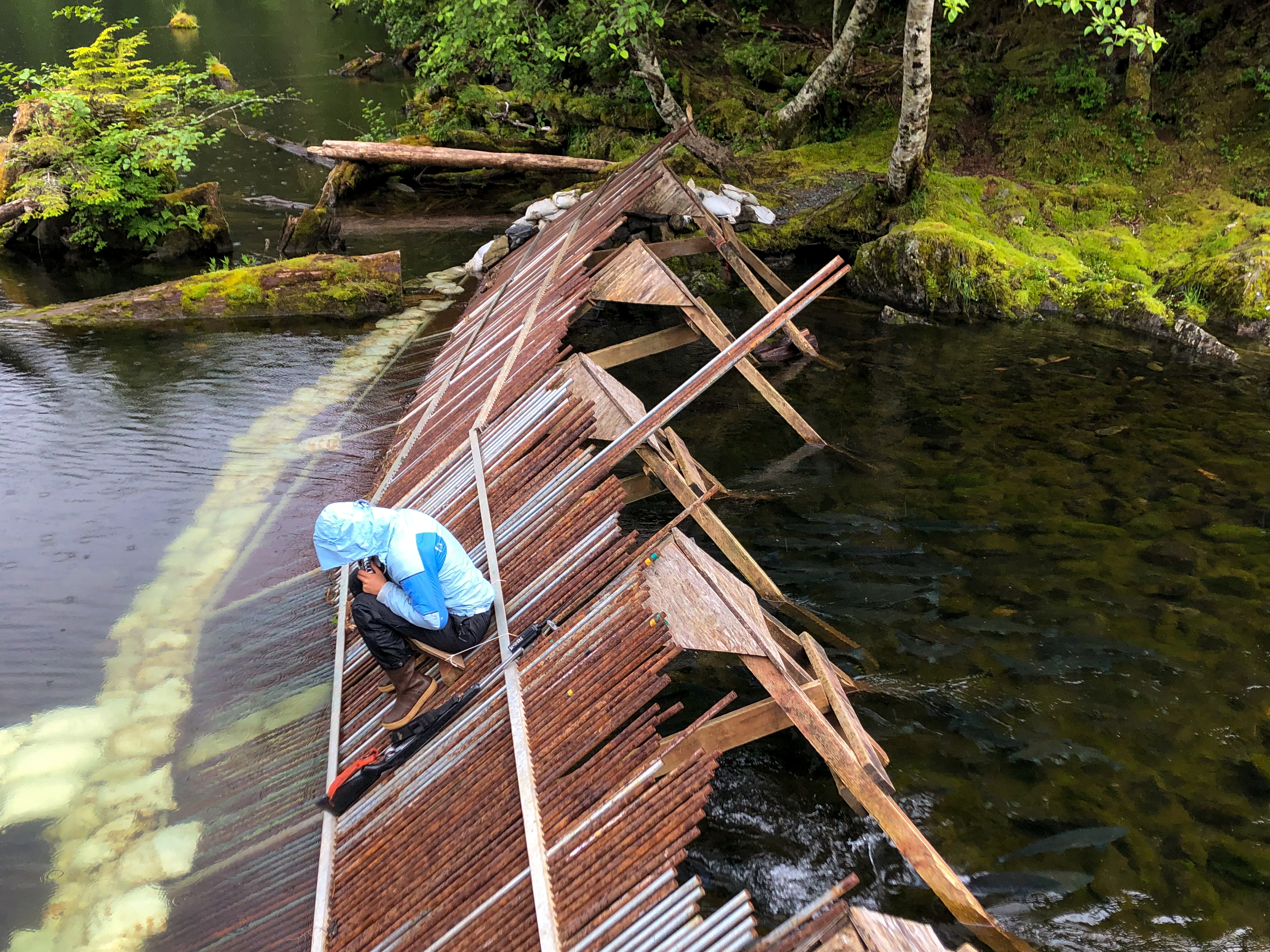 Counting sockeye salmon as they swim through the weir. Photo by Ellie Handler.

“I’d heard a lot about Redoubt from people in Sitka, so it had been established as this really exciting place that people really cared about,” Handler said. “Even before I took the job, I knew how much Sitkans cared about their ability to subsistence harvest sockeye at Redoubt.”

Stacy Goade is one of those Sitkans who fishes at Redoubt. “We do subsistence hunting and fishing both,” Goade said. “It’s really, really important. I feel really lucky to have this opportunity. I know where it comes from, and I can get it with my own hands.” 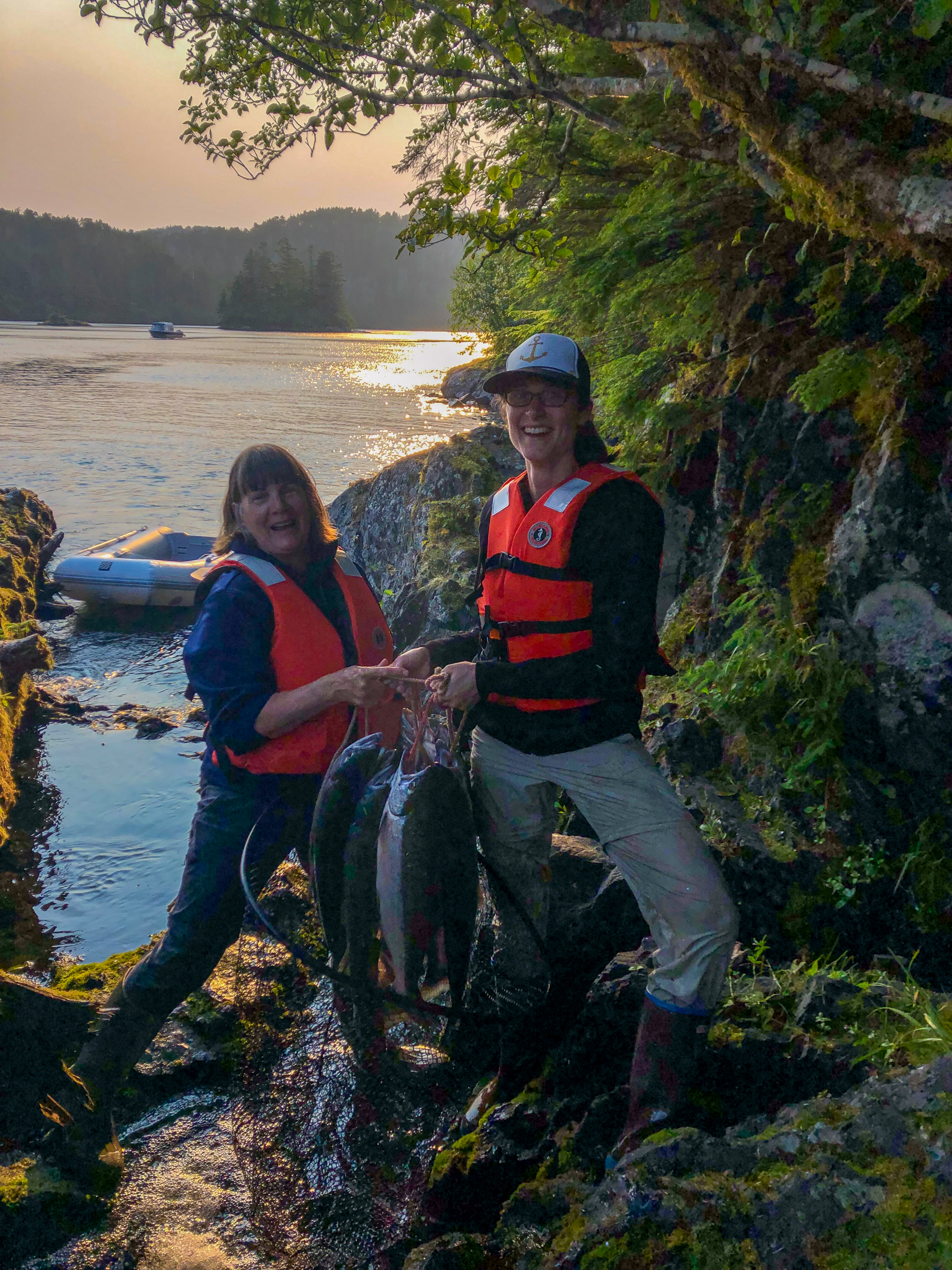 For many Alaskans, subsistence sustains not only our bodies but also our cultures and communities. That’s why we at the Sitka Conservation Society are glad that the State of Alaska and the U.S. Forest Service are working hard to sustain the sockeye run at Redoubt Lake for generations to come.