Stand Up to Corporate Influence! 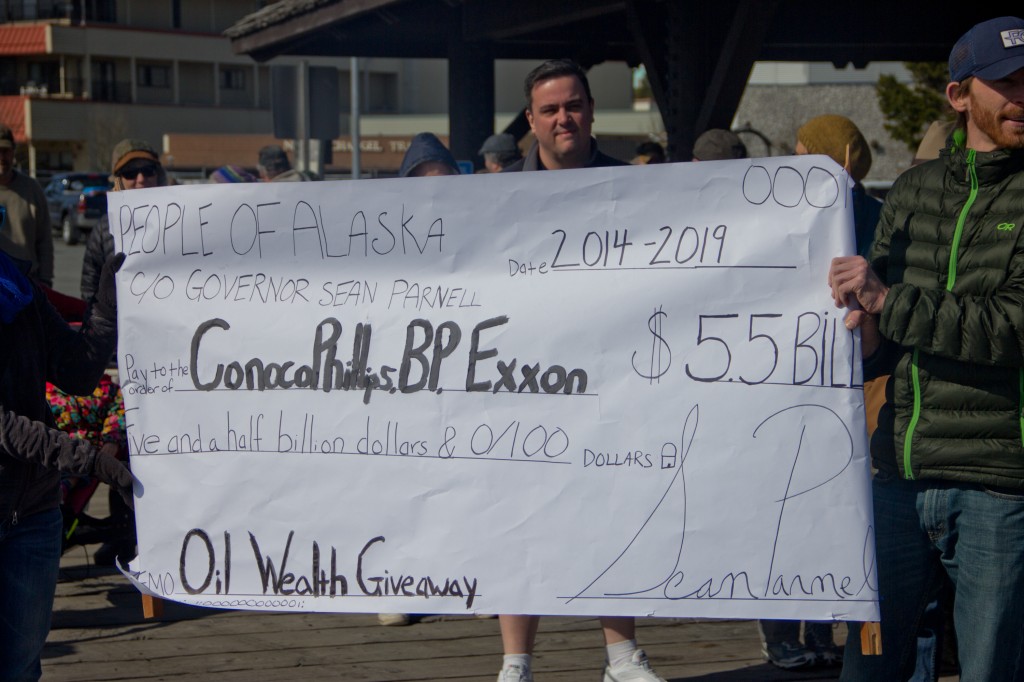 This year’s primary election was one for the record books. Financial record books, that is. Over the last few months, Alaskans witnessed the most expensive primary campaign in state history. Where is all this money coming from? Corporations. And not just any corporations – some of the richest corporations on earth.

In order to secure their billion dollar tax break, oil companies contributed nearly $15 million to the Vote No (on Ballot Measure 1) campaign. According to campaign finance reports published by the state of Alaska, the top six contributors to the Vote No campaign were BP Exploration Alaska Inc. ($3,625,408), ExxonMobil ($3,606,132), ConocoPhillips Alaska ($2,541,584), ConocoPhillips ($1,471,077), Repsol ($729,432), and Chevron ($300,000). Less than 25 individual Alaskans contributed to the campaign. The Vote Yes campaign, on the other hand, received financial contributions from over 1,000 individual Alaskans.

The troubling statistics continue. Stockpiled with big oil money, the Vote No campaign spent $170 per vote. The Vote Yes campaign, which relied primarily on contributions from individual Alaskan donors, spent $8.

This is an example of corporations asserting undue influence in the political process. In a country that calls itself a democracy, corporations should never be allowed to pay their way into the political system. In Alaska, however, they are.

How do we stop corporations from dominating Alaska politics? We stand up to them. We use our individual and collective voices. We form coalitions and citizen movements that demand corporations to serve the public good, not the Gods of Profit.

Leading up to the primary election, the Sitka Conservation Society mobilized Alaskans across the state to take action on Ballot Measure 1. We made phone calls, knocked on doors, distributed lawn signs, and had meaningful conversations with community members about what’s at stake when corporations dominate our political system. Many Sitkans voiced their concerns about SB 21 via radio waves and newsprint. A giant thank you to Steve Paustian, Mary Beth Nelson, Cindy Litman, Libby Stortz, and Anthony Guevin for submitting Letters to the Editor about the importance of repealing the oil tax giveaway.

What do these results reveal? They show us that we Alaskans are deeply divided on how we should manage our natural resources. They show us that thousands of Alaskans (90,150 to be exact) are willing to vote for oil company tax breaks, leaving less money for the state to fund public schools, hospitals, and necessary public services. But they also show us that thousands of Alaskans (nearly 82,000 voters) are deeply concerned about the excess role corporations play in the management of our natural resources. 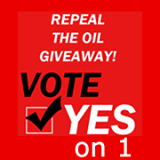