The Sitka Conservation Society’s  Alaska Way of Life 4-H program (SCS) and Sitka Native Education Program (SNEP) partnered this January to teach Sitka’s youth how to process one of Sitka’s local bounties: deer. The children from the 4-H program and SNEP Culture Class learned from Chuck Miller (SNEP Youth Program Coordinator) as he removed the hide from the animal and taught much more than just how to butcher a deer.

Miller shared with students what the customary traditional practices of deer processing entail. The first thing he pointed out was that the head of the deer was missing. Chuck explained that the brain of the deer could be mixed with urine and used to tan the hides long ago.  Chuck said,

“It is important to not waste, and it is disrespectful to the animal to say ‘eww’ or ‘that’s gross’ because that animal gave up its life for you, so you can live.”

The children were certainly not squeamish. No ‘ew’s resounded from the audience of eager and fascinated onlookers. The children learned that the hoofs could be boiled down and used for rattling sticks to dance with. The hide was removed carefully, and the kids discovered that it could be used for clothing or drums. The children eagerly peered over each other to get a look at the heart, liver, and stomach. Chuck explained that the tendons are so strong that they have been used for battle armor, dream catchers, and to latch many things together.

The class also discussed the Alaska Department of Fish and Game regulations and the importance of limitations on does for protecting fawns to conserve the population.

Miller shared with students how to respect the animal by properly processing the meat, as well as by not wasting parts of the deer. He then explained how respecting the animal transfers to respect for the community; the first deer you get for the year should never be kept to yourself.

“You give it away to somebody who is a widow, an elder, or both. You want to make sure you take care of people in the community who cannot hunt for themselves and our elders.” One of the boys in the group whispered to his friend “I’ll give it to my grandma”.

The class was able see the deer processing steps all the way from removing the hide to wrapping the meat in freezer paper. The kids shared stories of their own deer hunting experiences and favorite recipes as they packaged the meat. Students were enthralled and walked away with both a practical understanding of the deer butchering process as well as a stronger respect for this treasured resource.

The Sitka Conservation Society looks forward to partnering with the Sitka Native Education Program in the future to teach Sitka’s youth how to live with the land and build community. 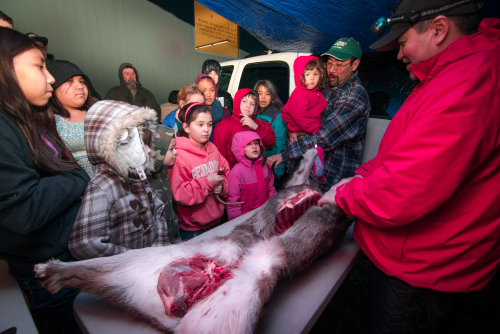 Chuck Miller shows a captive audience the importance of respecting the animal and native traditions through the sacred process of butchering a deer. 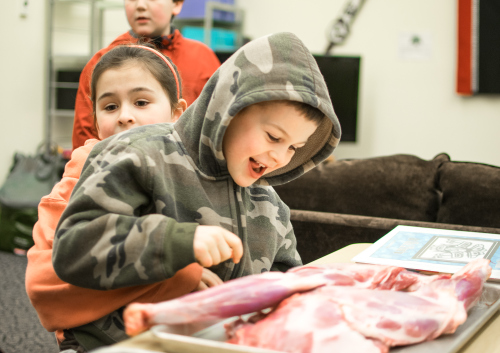 Students were enthused to see the steps of proper deer processing all the way from removing the hide to wrapping the meat in freezer paper while learning values of respect and community. 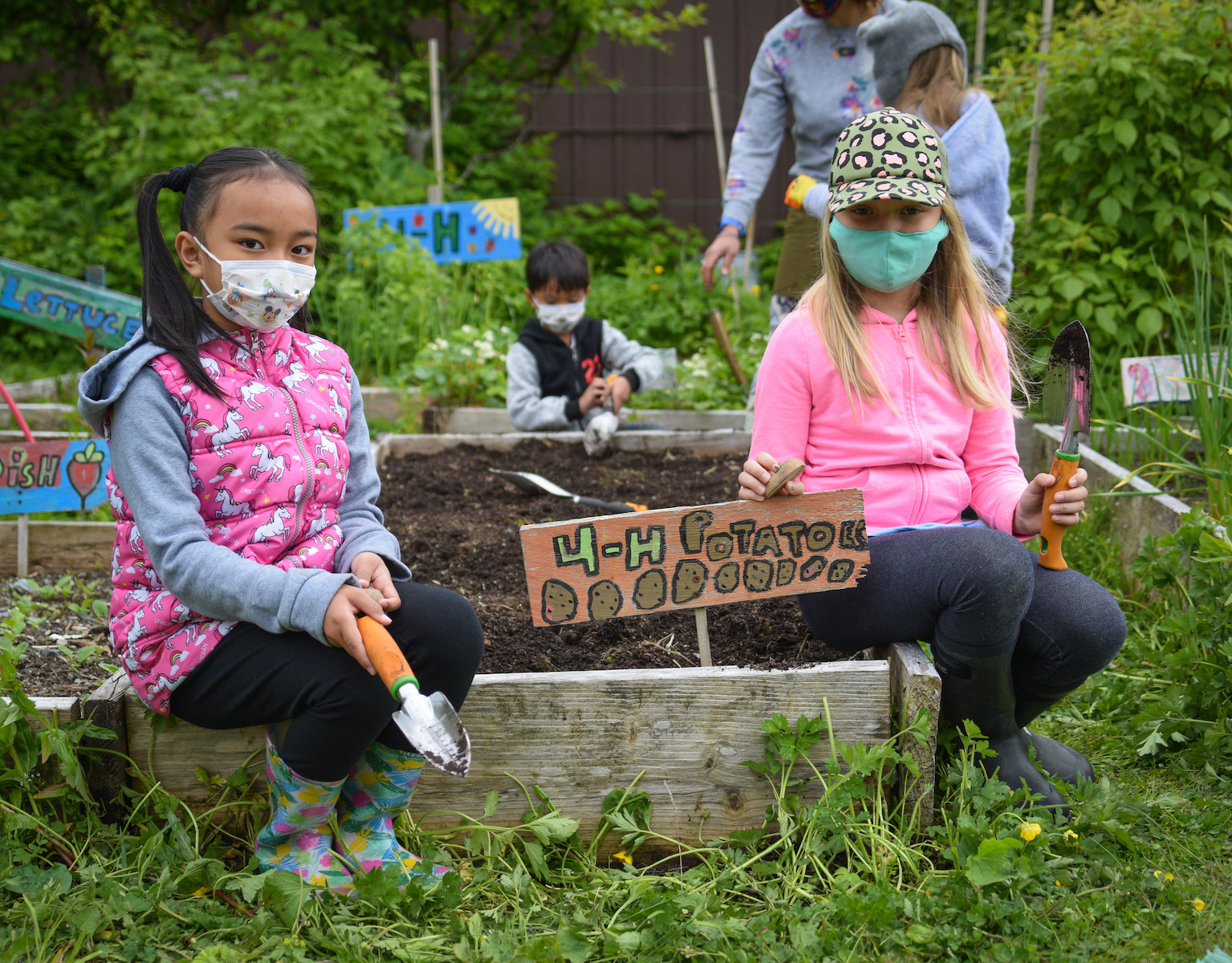 Photo by Cora Dow. This summer marks the fourth and final quarter of my 4-H Way of Life programming this year with the theme of our last H: head. For “head” we focused on the life skills of learning to learn and problem solving. It was great to be outside... 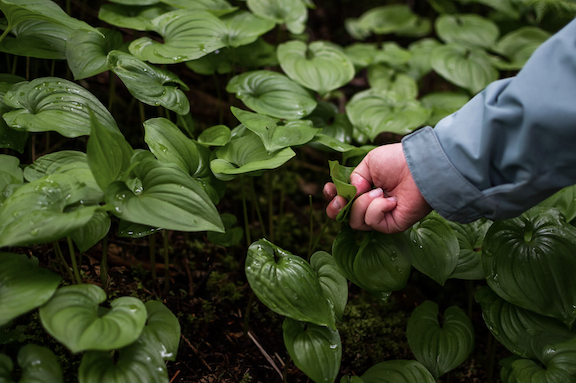 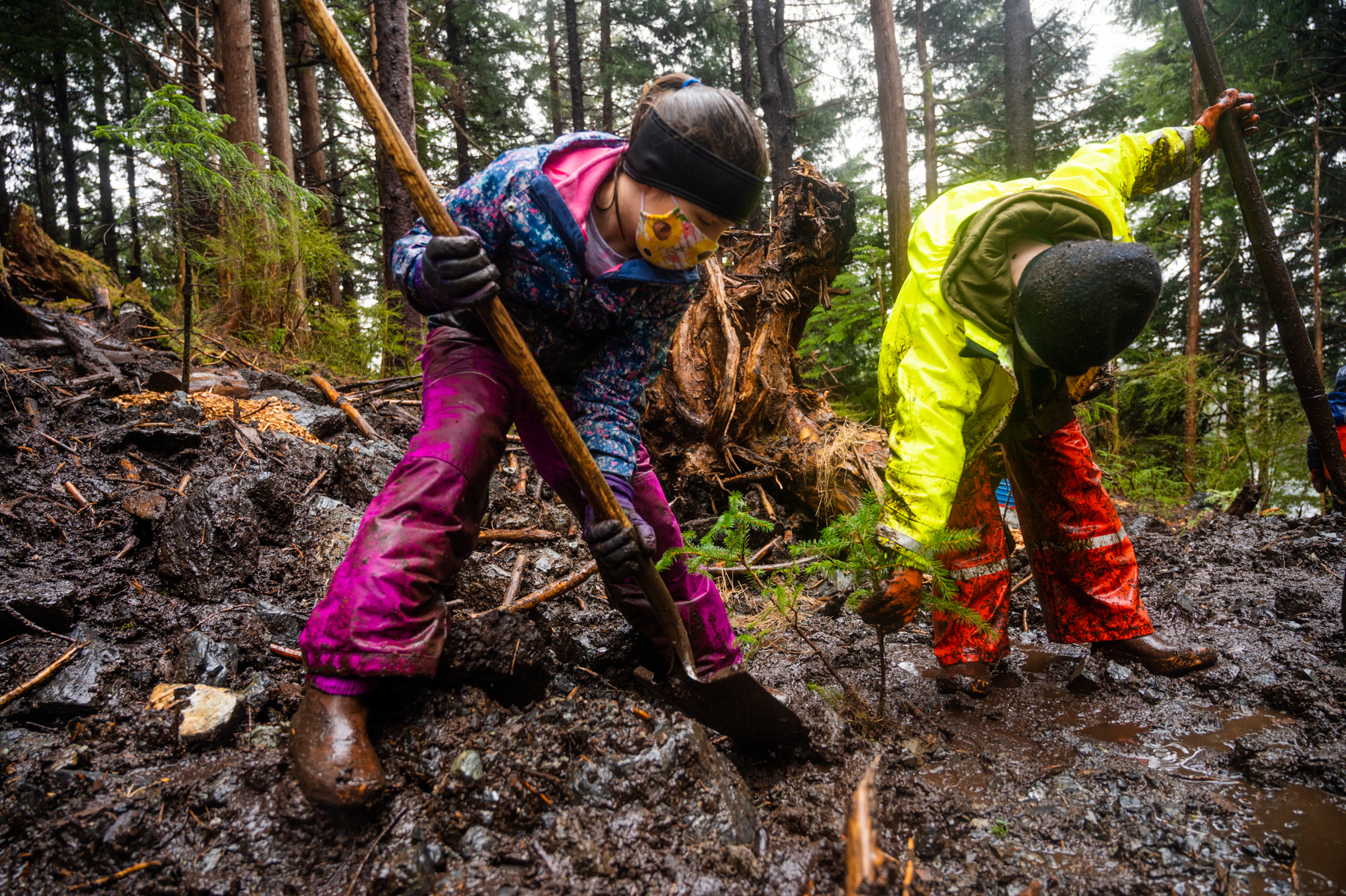 It's mid April and both snowing and raining - the complete opposite of the previous day’s sunny skies. Nonetheless, ten 4H-ers ages 5 and up from the Sitka Spruce Tips 4H club and several volunteers, along with the property owners, are squelching around in muddy gravel planting relocated sitka spruce... 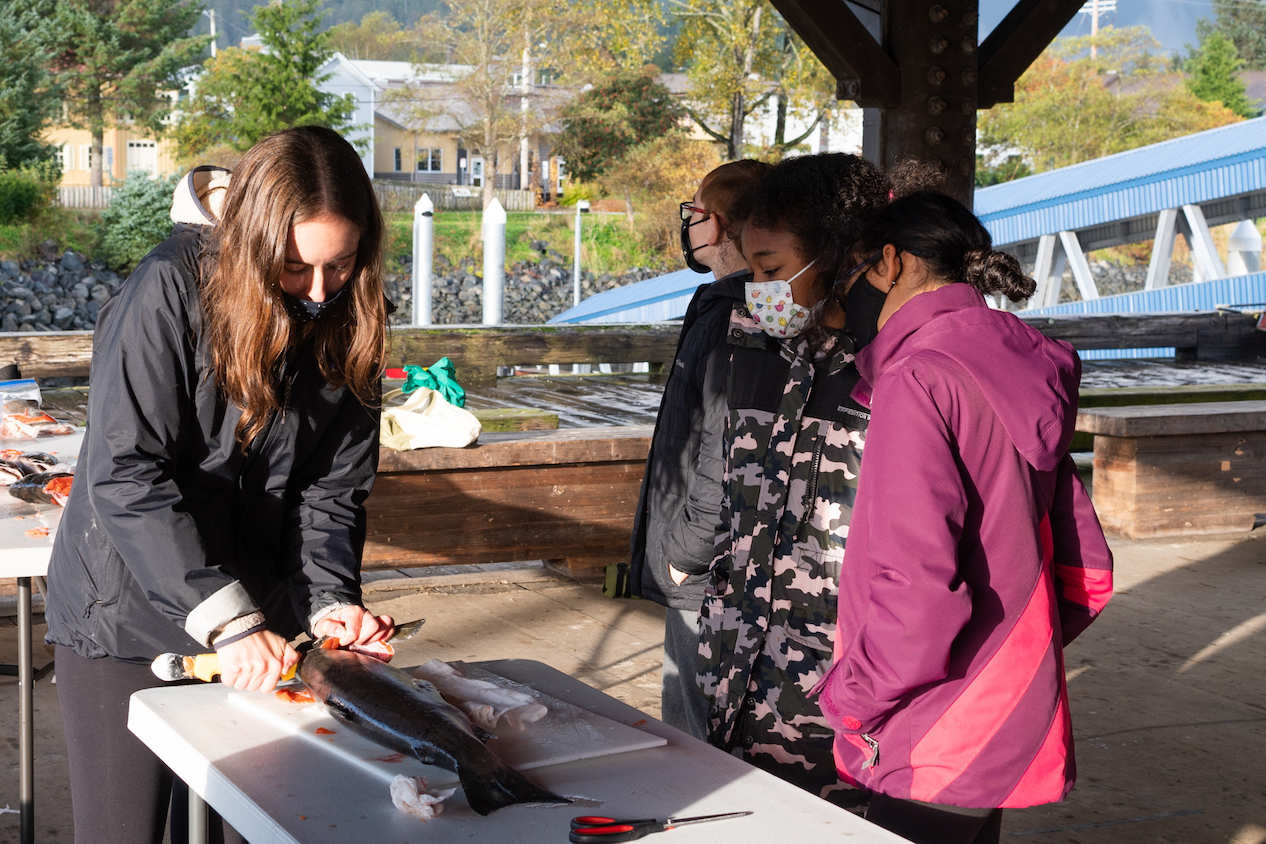