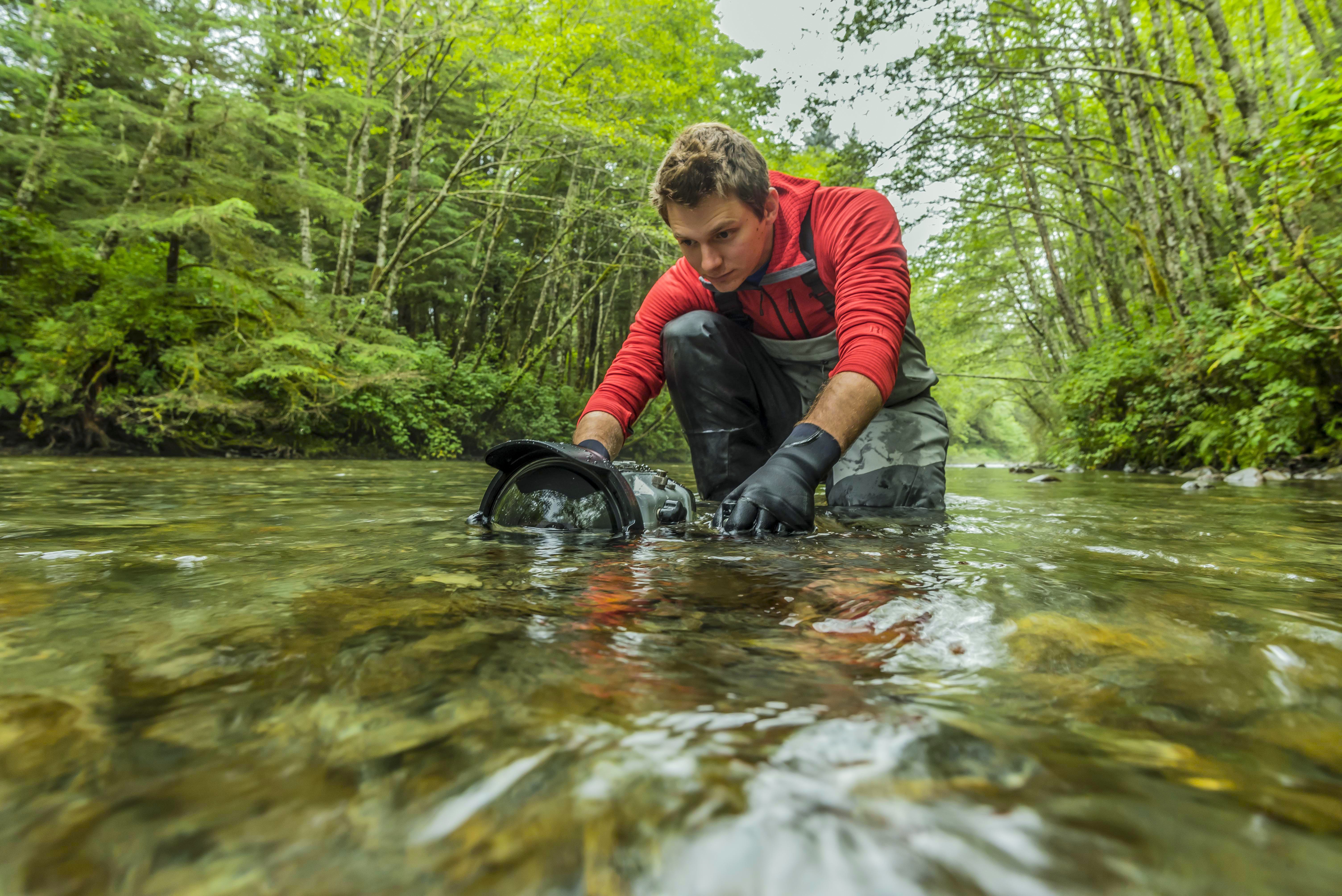 SCS partnered with the U.S. Forest Service to make a film about the interdependence of the Tongass National Forest, wild Pacific salmon, and the communities of Southeast Alaska. Produced by Pioneer Studios, The Salmon Forest is a 30-minute documentary that shows the connections between salmon, the Tongass, and the people whose livelihoods depend on the health of the ecosystem. It was filmed in ultra-high definition, allowing the splendor of the Tongass and its surrounding waters to shine through as we follow salmon on their great migration. Born in the forest streams, they leave for the open ocean and return to the forest to reproduce at the end of their life cycle. From Forest Service land managers to commercial fishermen in Sitka, artists in Ketchikan to the Tlingit community of Kake, the film traces how salmon plays a role in the lives of all who live around the Tongass. As Tad Kisaka, a local guide, says in the film, “It’s in our blood.” With this film, we celebrate the distinctive role that our national forest plays in wild salmon production, and look towards responsible forest management strategies that will support fisheries, recreation, and subsistence.

The Salmon Forest is available for purchase online here. DVDs can be purchased from our office at 201 Lincoln Street, Sitka, AK. The film is also screened at U.S. Forest Service visitor centers throughout the country and is consistently shown at the Southeast Alaska Discovery Center in Ketchikan, AK.