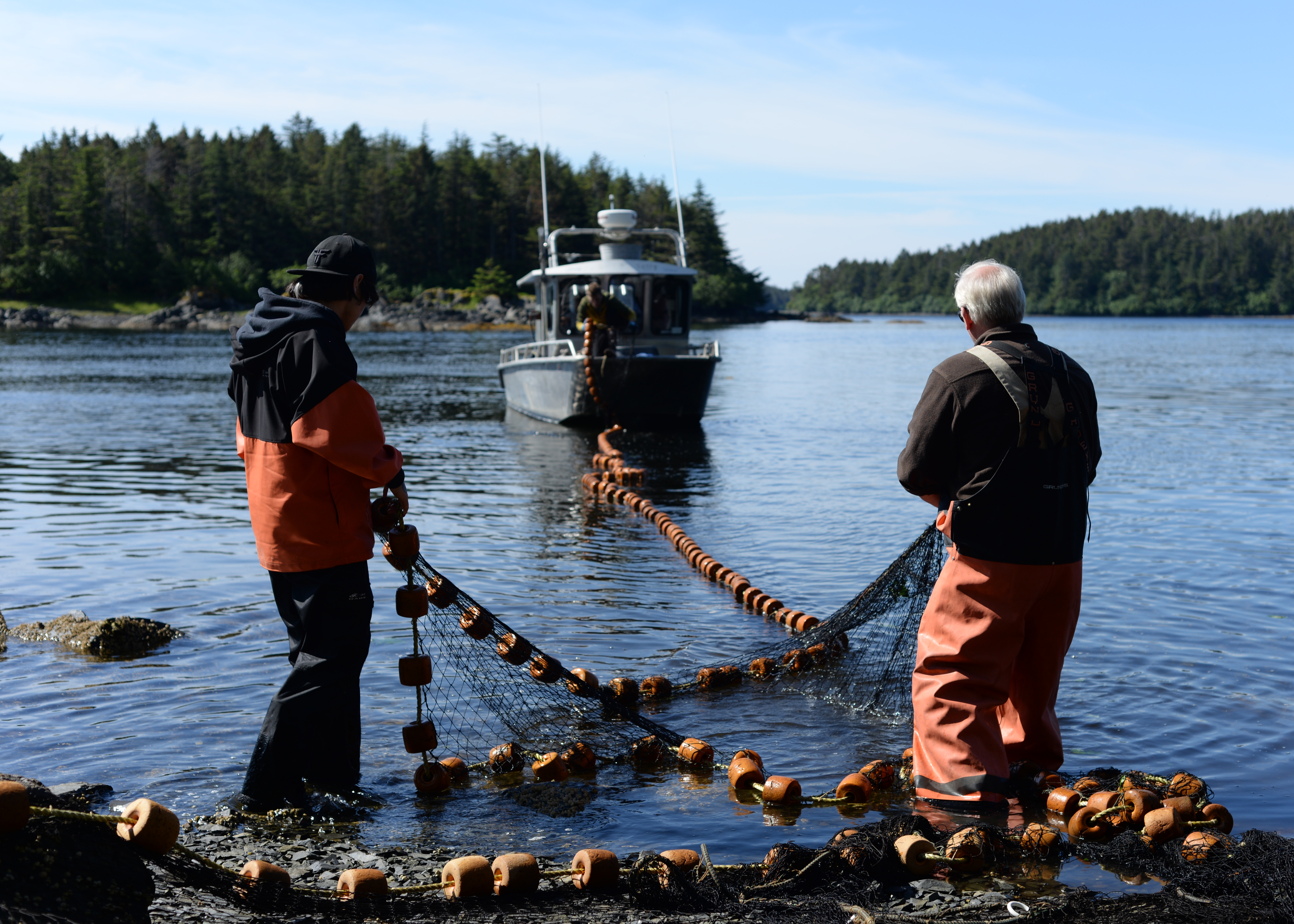 The abundant sockeye runs of Sitkoh Bay and Klag Bay are just two of many places in the Tongass National Forest where salmon and other traditional foods can be harvested for subsistence use. Our public lands are critical for keeping the longstanding culture and practice of subsistence alive in Southeast Alaska. Without large tracts of public lands, not only would access to these important, cultural sites for subsistence harvest be lost, but also the incredible productivity of the Tongass would decline overall if broad swaths of habitat are not kept intact.

It’s a cloudy Tuesday in July. At 4 a.m., it’s already light out, and Jeff Feldpausch and Mike Smith are preparing for a trip up to Sitkoh Bay to harvest sockeye salmon and halibut. It’s just another day in the office for them: a boat trip to a remote area of Southeast Alaska to harvest food for the Sitka Tribe of Alaska’s (STA) Traditional Foods Program.

Every year, about 300 households receive food provided by their work, with food being distributed first to elders and then the rest of the community. In order to be eligible to receive food, one must be a resident of Sitka, Alaska, and a citizen of the Sitka Tribe of Alaska.

Feldpausch, the Resource Protection Department Director, and Smith, the Traditional Foods Specialist, work together throughout the year to ensure that tribal members who may not have the resources to gather, hunt, or fish themselves have freezers and pantries stocked. While it varies per year, Feldpausch said that, on average, STA distributes between 12,000 and 20,000 pounds of food per year to the community.

The season starts off with a big herring egg harvest and then moves to salmon, with sockeye being the primary goal. There are sockeye salmon runs in several places on Baranof and Chichagof islands and STA makes it a priority to harvest sockeye sustainably by harvesting in multiple locations.

“You name it, we go there,” Feldpausch said. “We go as far north as Klag [Bay] for sockeye, as far south as Redfish for sockeye…if we’re out and about, we always try to throw a skate into the water to make the program as efficient as possible. We try to harvest away from town. A lot of folks who are private citizens who have boats may not have as big of boats so they harvest closer to town, so we try to harvest away from town. We try to stay further away from town so that we don’t impact those subsistence users.”

Justin Koller, a Zone Subsistence Biologist for Sitka and Hoonah Ranger District, knows that that there is a link between intact ecosystems and healthy populations of fish and other wildlife.

Feldpausch knows this is true as well. STA harvests salmon from a variety of runs and monitors sockeye populations at Klag Bay, a designated wilderness area and the sockeye run with the highest harvest rate. With so many people relying upon subsistence foods to sustain a life in Southeast Alaska, having multiple areas with healthy sockeye populations is critical.

“We would oppose any resource management practice that would have the potential to impact subsistence users,” Feldpausch said.

Life on a remote island is difficult and expensive – it’s not financially sustainable to import enough food to live.

“The cost of living is high enough that (subsistence users) rely on these subsistence foods to stretch the dollar and live in Sitka,” Feldpausch said.

But it’s not only important financially: access to traditional foods is a central component of Native culture in Southeast Alaska.

“If you look at the Native perspective their ancestors lived off these lands for thousands and thousands of years, since time immemorial and in order to continue those traditional uses of those resources, they have to have access to them,” Feldpausch said. 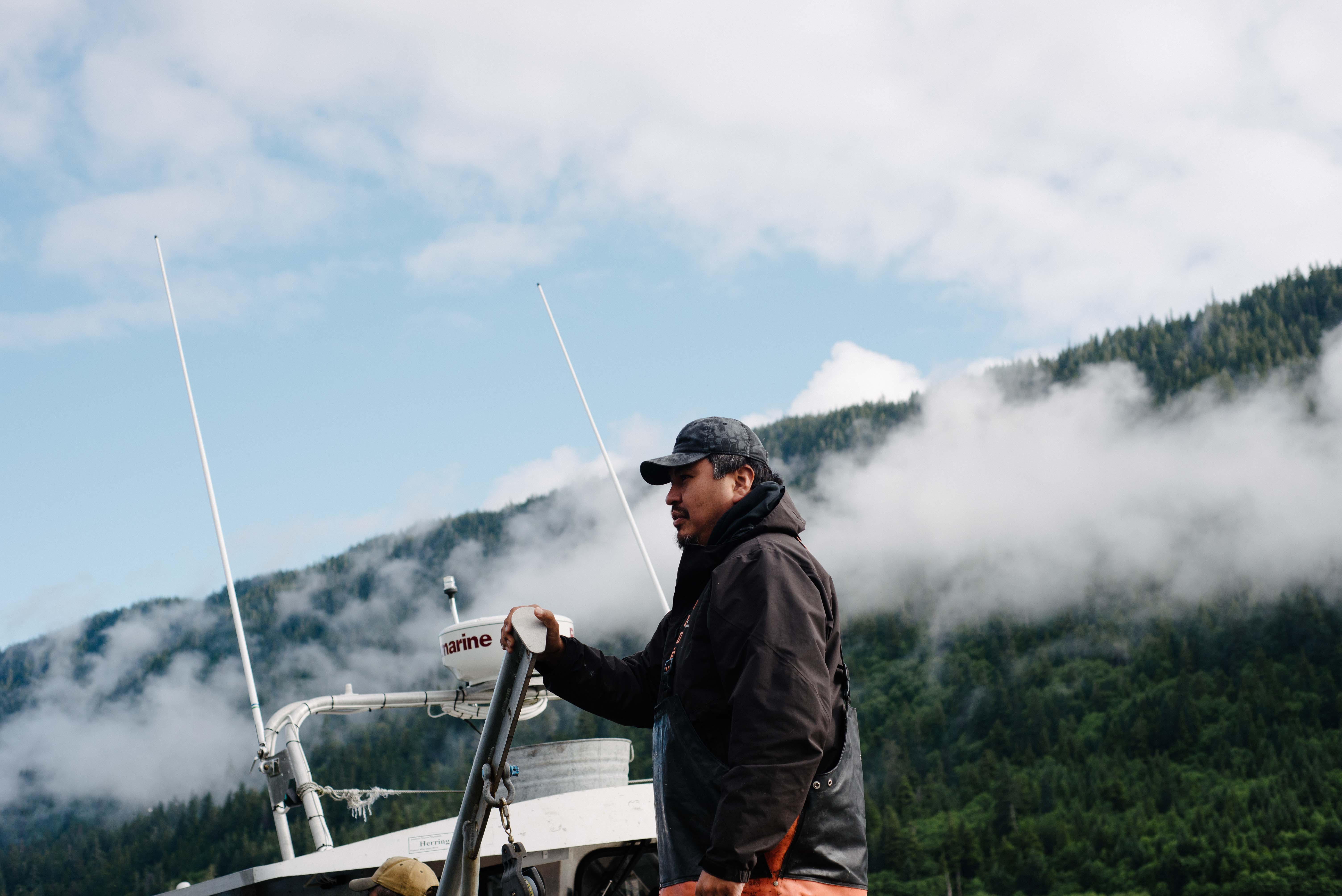 Smith agrees, and has his own reasons to feel this way. Growing up in Kake, he and his family hunted, fished, and gathered a majority of their food.

“We always had our freezers full of fish and deer,” he said. “Whatever wasn’t in the freezer went into jars or cans when I was growing up.”

As the Traditional Foods Specialist for STA, Smith not only gives others access to their traditional foods; he teaches them how to process seal, deer, and fish and how to preserve food. He finds his work, and the way it carries his culture forward, rewarding and necessary.

“I think that if they have access to it, it’s really good for them, nutrition wise,” he said. “There’s hardly any fat in any of the stuff we gather, except for seal, of course, but even that we render down and turn it into oil that a lot of people like to use.”

On this particular day, the team takes out two boats and heads north to Sitkoh Bay – a beautiful, remote place full of bears, crabs, and sockeye salmon. It’s no accident that this place is home to an active sockeye salmon run. When we arrive, Feldpausch and Smith scan the water for signs of fish so they can decide where to place the net. In addition, several other STA staff members are along to help, along with Smith’s brother.

A few fish are spotted and a decision made. The two boats head for shore and Feldpausch and a few staff hop onto the beach. Smith and his brother hand them the seine net, then slowly begin powering the boat away from the beach, letting the net out into the water as the go.

It’s a slow process; they move slowly in the hopes of not scaring the salmon away. When they’ve let the net out as far it’ll go, Smith drives the boat in an arc back towards shore. The group on shore holds tightly on to their end of the net as the boat completes its arc and arrives at the beach. Smith and his brother jump off the boat, holding the net, and whatever salmon that were in reach of the net are now trapped. It’s time to pull them in. 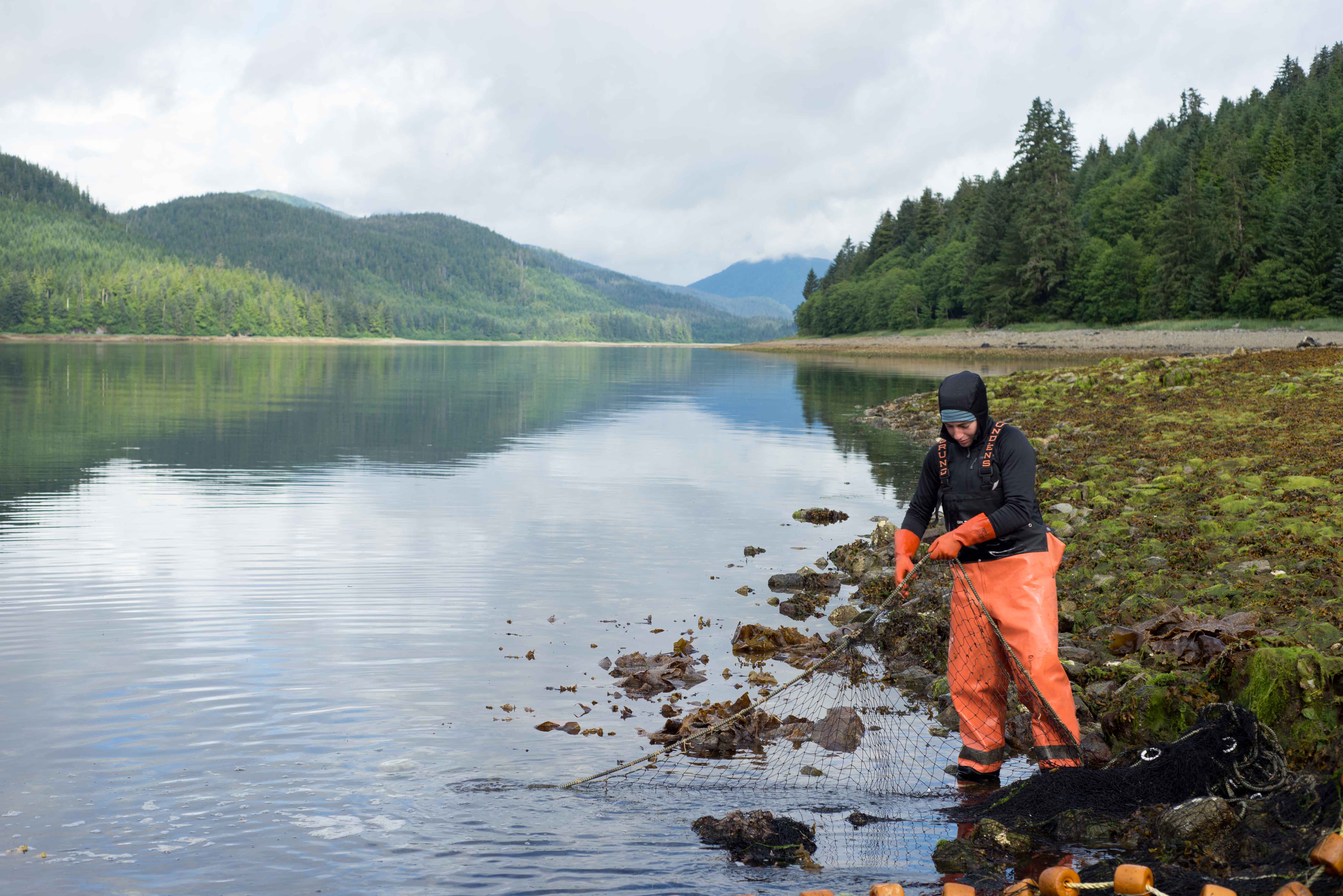 The net is heavy and full of fish – it takes the strength of all five people to pull it to the beach. As the net reaches the beach the fish come into sight. Straining against the confines of the net, they thrash in an attempt to break free. The net reaches the shore and it’s complete mayhem as the fish flop against the rocks. Moving quickly, the team grabs the fish and toss them further up on the beach before piling them into plastic tubs.

Two more rounds of fishing later and it’s time to go. The salmon are packed in ice for the ride home, and those that don’t fit in the holds have to be cleaned now. After heading back to check the skates and harvest some halibut, the cleaning begins. Salmon heads are chopped off and thrown into the water; the insides scraped clean. It’s impossible to clean all 204 fish on the boat ride back to town, but a significant dent is made. Everyone is excited at the haul; last week, there was no such luck at Klag Bay.

Back in Sitka, it’s an all hands on deck situation. The entire office heads to the docks and begin processing the fish. They are cleaned, filleted, and put on ice. Over the next few days, they’ll be distributed throughout the community and then canned, smoked and dried for the year ahead, nourishing families in Sitka for the months to come.