Power to the People! Sitka Hosts Board of Fisheries 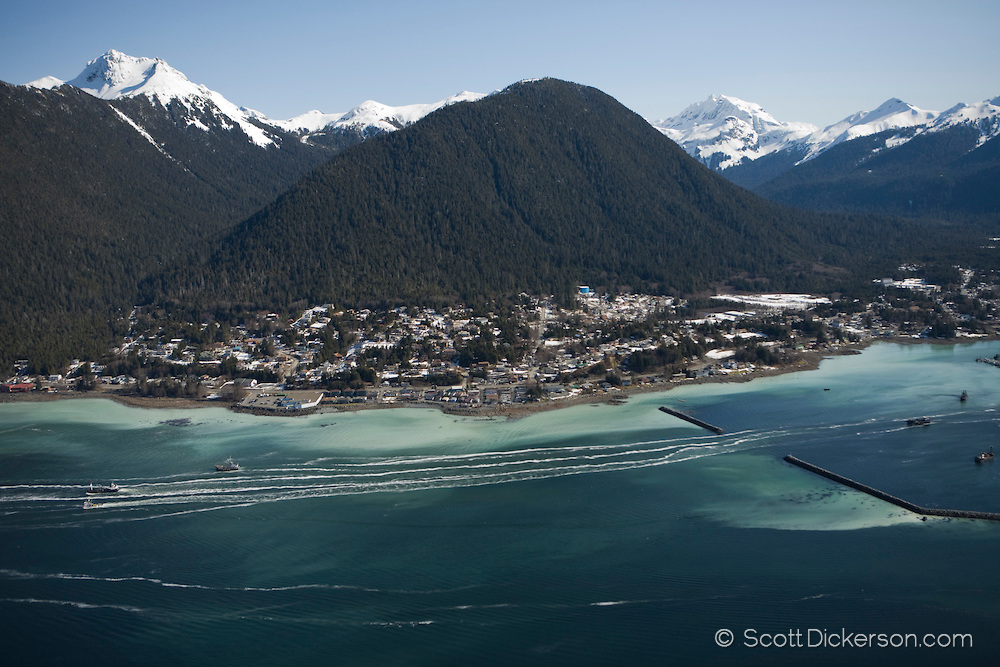 Milt along the Sitka coastline.

The State Board of Fisheries (BoF) met this week to discuss fishery policies and regulations for Southeast and Yakutat finfish. Sound boring? It wasn’t! Herring policy debates were especially animated. This year, the conservation-minded proposals of the Sitka Tribe of Alaska butted up directly against commercial proposals submitted by the wryly named Southeast Herring Conservation Alliance. Every proposal had a counterproposal and every proposal had its champions. Faced with an array of options and with very little hard science to base decisions on, the Board of Fisheries opted to leave the sac-roe status quo intact, voting down every change put before them.

Was this a success story for industry? A success story for conservationists? A bitter pill to swallow for both sides? The continued decline of herring populations or their future recovery will answer that question. The clear success here is the Board of Fisheries process, which heavily emphasizes public participation and comment. Should we be genuinely excited about so much democracy in resource management? Absolutely!

How does the BoF Process Work?

The Board of Fisheries consists of seven members appointed by the governor and approved by the legislature. The governor’s appointees are chosen for their knowledge of fisheries and interest in public affairs, but with eye toward representing all interest groups (broadly broken into commercial, sport, and traditional). The BoF is advised by ADF&G scientists, but is not typically made of up scientists itself. 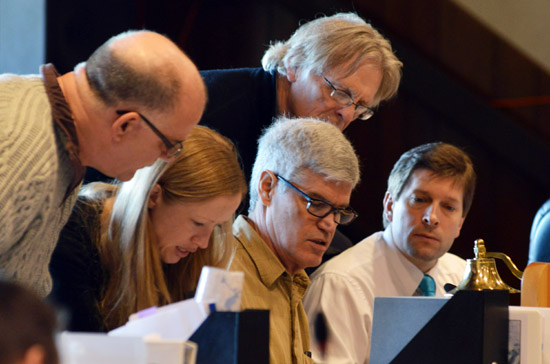 Members of the BoF and staff deliberate on proposals. Photo from the Sitka Sentinal.

The strength of the BoF is the degree to which the Board’s meetings draw on public opinion. Comments and testimony were heavily solicited before and during the meeting. The real public process, though, is the “Committee of the Whole”. This was an opportunity for everyone present at the BoF meeting to reach a spontaneous agreement. No time limits, no set order, just discussion between proponents and opponents of each proposal. Unfortunately, unlike a round-table discussion where participants are speaking directly to each other, the open-room format with the Board as an audience seemed to inspire participants to perform for the Board. As salmon troller Eric Jordan pointed out, this part of the BoF is an opportunity for groups to avoid an arbitrary and often unwanted decision by the Board, but if participants don’t have the “fear of the seven dark angels...they have no incentive to come to an agreement.” With herring, this was especially apparent. Traditional and industry supporters upped their rhetoric and moved further apart on every proposal, each fearing compromise far more than the unknown of the Board’s decisions. Does this reflect a broken Board process? I think not. The need for real public input far outweighs the disappointment of watching increasing polarization between groups and with less emotionally-charged fisheries, the Committee of the Whole was productive. 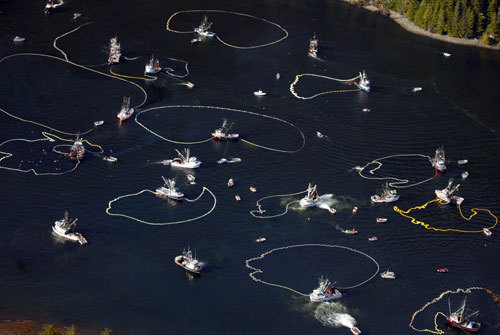 Can we collectively manage this chaos sustainably? Photo from the Juneau Empire.

After public orations and discussions, the Board deliberates and decides. Now, the public is the passive audience, and the Board restricts their questions to ADF&G staff members. Happily, Board members frequently cited written and oral public comment as well as the open discussions.

Why do we want this to be democratic?

It’s a reasonable question. Why would we want the ultimate decisions about herring fisheries to be made not by scientists, but by, in a worst case scenario, people who are blatantly biased non-experts, thinly disguised industry reps, random members of the public, and arbitrarily chosen government appointees?

First, in many ways natural resources like herring are public goods. Proper management of herring doesn't just benefit sac-roe seiners or roe-on kelp fishermen, it benefits the entire community. Properly managed, herring provide direct economic benefits to the fishermen who harvest them, indirect economic benefits to salmon fishermen, food for the marine ecosystem, a reason for whales to return to Sitka Sound and bring their entourage of tourists, cultural benefits for traditional users… the list is endless. Given this diversity of user groups, would anything other than the messy, publically accessible process of the BoF give adequate representation to all parties? 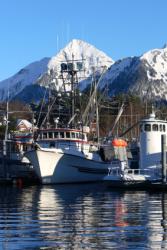 More importantly, there is no such thing as pure “science-based” resource management. Bias is endemic to the process. Even by calling herring a “resource”, we have introduced a bias toward harvesting and economic exploitation. By contrast, nobody talks about krill as a resource even though they occupy a similar trophic level to herring. After we decide to prosecute a herring fishery, we look to science to tell us how many herring are returning, what levels of harvest are sustainable, and why the population is fluctuating. Science cannot tell us whether seiners or gill-netters should have more of an opportunity to fish. Science does not inform the discussion about whether the cultural benefits of traditional roe on branch harvesting can be replaced by increased access to roe on kelp. Science has no opinion on the number of herring whales should be allocated given concerns of fishermen, nor can science quantify the full inspiration and ecological benefits of having a healthy whale population in Sitka Sound. Science, in short, tells us how much pie we have to manage and how many groups want a piece of said pie, but it says nothing about who “deserves” the largest slice. Resource management lies at the intersection of scientific knowledge and the needs and wants of interested user groups. Who has the right to judge between two groups, each of whom are asking for a larger allocation of herring? Only a collective, democratic body. In Alaska, only the Board of Fisheries.

An Unlikely Hiker in the Tongass: A Reflection from the Eco-Advocacy and Communications Intern - Sitka Conservation Society