Murkowski: The Arctic Needs Your Help 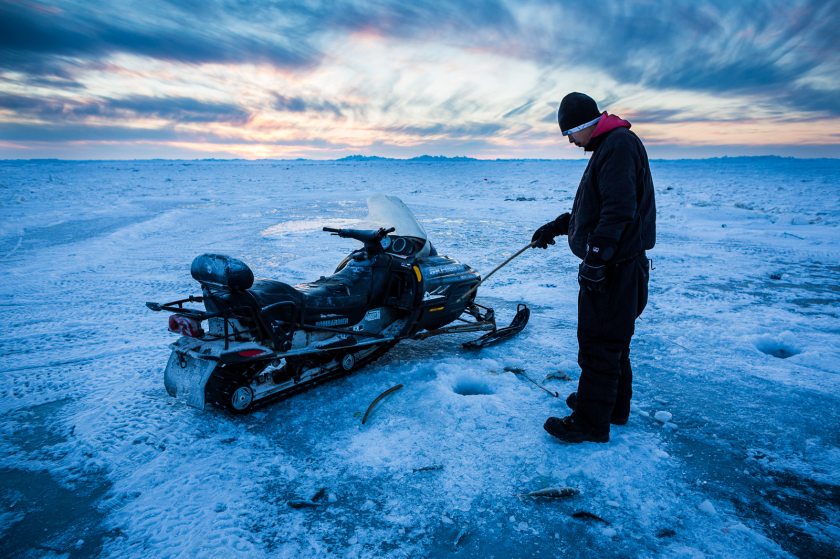 A resident of Kivalina, Alaska fishes for cod on Arctic sea ice. The Iñupiat Eskimo village of Kivalina sits atop a fragile barrier island in the Chukchi Sea. Climate change is melting the protective sea ice around Kivalina, leaving the community exposed to harsh waves.  Residents of Kivalina may soon be forced to relocate.  Photo credit: Loren Holmes / ADN

Last Friday, the United States began its chairmanship of the Arctic Council, an international body that works to address key Arctic issues. Secretary of State John Kerry promised to make climate change a top priority during his two-year stint at the helm of the Arctic Council, noting that catastrophic weather events and rising sea levels are already wreaking havoc on the region.

"The numbers are alarming. The Arctic is warming faster than any other region on Earth,” Kerry noted.

Sadly, he’s right. Alaska is warming twice as fast as the rest of the United States. Our permafrost is melting, our oceans are acidifying, and many of our coastal communities are starting to slide into the sea. Even our Arctic sea ice is disappearing. The National Snow and Ice Data Center concluded this February that Arctic sea ice has reached its lowest maximum on record, a frightening fact that has led many scientists to predict the North Pole could be ice-free by the summer of 2020.

Senator Murkowski, climate change in the Arctic is not an issue to brush off.  Climate change is hitting Alaska hard. And it’s happening NOW.  As a citizen of Alaska, I beg you to use your position on the Senate Energy and Natural Resources Committee to do something about climate change and invest in clean renewable energy.

Call Senator Murkowski’s Washington D.C. office TODAY and tell her that climate change is real and caused by humans. Adaptation is not enough. It’s time to pass comprehensive climate and energy legislation.