If wilderness, as its definition attests, is supposed to stand “in contrast with those areas where man and his works dominate the landscape,” then the Kootznoowoo Wilderness of Admiralty Island is serving its purpose well. To camp on the island with the highest density of brown bears on the continent and kayak through waters in which humpbacks are breaching and gray whales flapping their flippers, it’s hard not to feel humbled as a human, and concede that there are areas of this earth where man does not, and should not, hold sway. The migration of salmon swimming upstream; the beautiful, yet haunting, call of a loon; the sight of an undisturbed doe resting on the beach – upon witnessing all these simple joys not manufactured by humans, how can one not agree that there are places on our planet where the rest of nature should dominate? 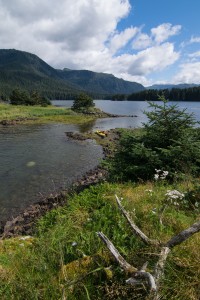 SCS coworkers Mike Belitz, Bethany Goodrich, Sarah Stockdale, and myself spent the last week of August checking up on the Kootznoowoo Wilderness Area of West Admiralty Island. Kayaking the coastline of Hood, Chaik, and Whitewater Bays, the majority of our time was spent surveying for invasive plants and monitoring visitor use patterns, ensuring that the “untrammeled” character of this land was being well preserved. Wilderness, like all public land, is a shared space. But it’s also, for many, a symbolic and sacred place. A big part of our task was thus making sure that, 50 years out from the passage of the Wilderness Act, and 34 years out from the 1980 designation of this particular wilderness area, the sanctity of Kootznoowoo was still intact.

Not all people would agree with the above assertion though. In his (in)famous article,“The Trouble with Wilderness,”published over twenty years ago, the renowned environmental historian William Cronon critiqued this tendency of people to view nature as sublime, considering it a perspective of the overly romantic. Quoting Muir on Yosemite and Thoreau on Mount Katahdin and Wordsworth describing the Simplon Pass, Cronon writes that “all three men are participating in the same cultural tradition and contributing to the same myth – the mountain as cathedral.” He argues that by using such religious rhetoric to describe these spaces, we’ve abstracted wilderness, transformed it into a concept merely fit to serve our cultural and emotional needs. Thus, to him, seeing God or something spiritual in nature is a problematic aspect of how humans have historically and continue contemporarily to conceive of the outdoors. 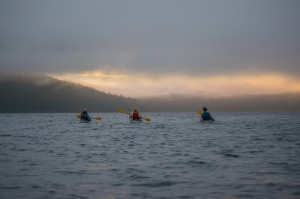 But I disagree. To me, using such spiritual speech isn’t a romanticization or abstraction of the wilderness as much as it is an expression of the awe, reverence, and humility that these men, among many others, have felt in nature. Shelton Johnson, a park ranger featured in Ken Burns’ National Park series, may have communicated it best when he said: “When I think of a grove of giant sequoias, I think of a cathedral, or a church, or a place where you’re not necessarily worshipping the name of something, but the presence of something else. There’s no need for someone to remind you that there’s something in this world that is larger than you are, because you can see it.” In other words, the outdoors is space in which we as humans cannot be deceived into thinking we are infallible, and almighty, and always at the top of the totem pole. It’s a space where we are forced, with what’s before our eyes, to see our vulnerability, and co-dependence, and reliance on existences and processes bigger and beyond us, be those scientific, spiritual, or both.

So, despite Cronon’s objections to it, I think there is something apt regarding the religious language often used to describe wilderness. Man’s place in and relation to nature, and wilderness in particular, has always been difficult to define. A hotly contested question, my definition will have no more claim to conclusiveness than any other. But it’s always made sense to me to think of wilderness as a religion with many churches, a religion with many places and manners of worship. Like any church or synagogue or mosque, it’s a space deserving of respect, where there are some rules as to what you can and cannot do, and some strictly defined parameters. But within those, there is also the freedom to make meaning and find inspiration as you wish. It’s a place where people can go for different purposes and pursuits, but, regardless, it should be treated with the deference and due regard you would accord your own or someone else’s place of worship.

As we face growing environmental challenges and crises in the 21st century, having such humility and respect for the temple of wilderness, for these places untrammeled by man, for these spaces in which we do not dominate, will, I think, only serve us well. 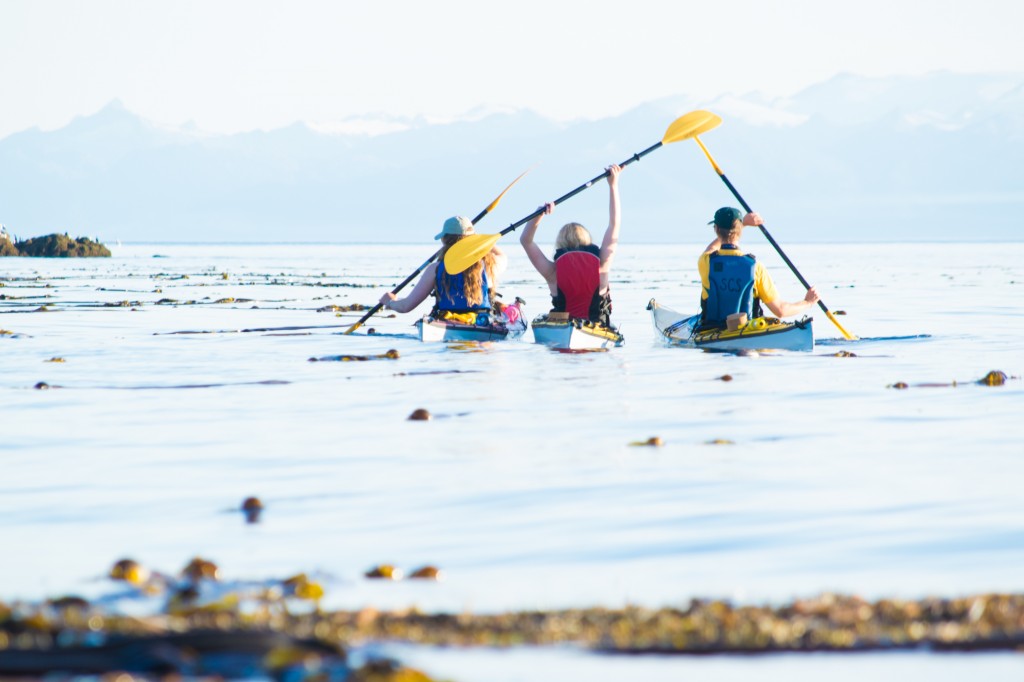 Thank you to everyone who has kept up with SCS’s wilderness program this summer and read along with the blog posts. Your support has meant a lot.