This expedition is part of Sitka Conservation Society's Community Wilderness Stewardship Project. The Project, begun in 2009, is a partnership between SCS and the Tongass National Forest Service to collect base-line data on the ecological conditions and human impacts to designated Wilderness areas. The Tongass NF in Southeast Alaska is the nation's largest National Forest totaling 17 million acres with almost 6 million acres of designated Wilderness Area (also the largest total Wilderness area of any National Forest). Almost all of this land is only accessible by boat or on foot. Because most Tongass Wilderness Areas are so difficult to access, Forest Service Wilderness rangers rarely, if ever, have the ability to monitor areas which require technical skills, lots of time, or difficult logistics for access. SCS augments and fills in the gaps in data by targeting these areas.

For the 2013 project, the SCS Wilderness crew will work with Craig and Thorne Bay Ranger Districts to conduct a monitoring expedition to a set of outercoast islands adjacent to Prince of Wales Island including Coronation Is., Warren Is., the Spanish Is., and the Maurelle Is.

Find out where the crew is at right now with SPOT satellite tracking![/box]

Adam Andis, is the Communications Director for SCS. He has managed the Wilderness Stewardship Program since 2011. Andis first started paddling on a National Outdor Leadership School expedition in Prince William Sound. He guided kayak trips all over Southeast Alaska for Spirit Walker Expeditions before moving to Sitka to work for SCS. Andis is a Level 4 ACA Instructor, a Leave-No-Trace Master Educator, and Wilderness First Responder. He is also on the board of directors of the National Wilderness Stewardship Alliance and has a passion for Wilderness preservation and protection.

Rob Avery, has been paddling since he was a teenager (and that was a long time ago!) racing sprint and marathon in Junior K1. Originally from the UK, Rob now lives in the Pacific Northwest where he manages distribution for Valley & North Shore kayaks. He is also the regional rep for Snap Dragon, Level Six and other fun paddlesports stuff under hisActive Paddlesbusiness, and also runsKayak Kraftcoaching service. Rob is an ACA Level 5 Instructor, Level 4 BCU coach, 5 star BCU paddler, Wilderness First Responder, Leave-No-Trace Instructor and no stranger to Alaska where is has spend many windy and rainy days paddling in the SE, central, Kodiak and the Aleutian Islands.

Paul Norwood, was born and raised in Paris, and has lived in Alaska since 1999. He spent a few years fishing and working in canneries, then did odd jobs in the interior of the state. Finally, he went to Sitka where he studied liberal arts and Spanish at UAS and worked as a tour guide on wildlife watching cruises. He has been on the Sitka Mountain Rescue team for several years, completed a year of Americorps service at the Sitka Sound Science Center, did an internship with the Peruvian Ministry of the Environment and a stint on a trail crew in southern Patagonia, and participated with numerous organizations on small projects ranging from traditional gardening to mapping invasive species. Paul has Emergency Medical Technician certification.

Dates and Duration: We are planning 16 days for the trip (11 field days, 2 travel days, and 2 weather days). The trip will begin June 16th and the crew will return to Sitka on July 2nd.

Route: The crew will pack boats in the small fishing village of Port Alexander. The crux of the trip will be the 12.5 nm open-water crossing of Chatham Strait to Kuiu Island. From there, the crew will paddle south to Cape Decision and stay at the Cape Decision Lighthouse. On to the Spanish Island and Coronation Island where the crew will monitor recreation sites and record visitor use data, survey for invasive plants, conduct owl broadcast surveys, swab toads for fungal infections, and a litany of other research goals. From Coronation, the team will cross to Warren, then down to the Maurelles to meet up with Craig Ranger District staff and Youth Conservation Corps to help out in the field. Back at the final destination in Craig, the crew will lead a kayak skills and rescue class for the Ranger District staff and community members in Craig. The trip will wrap up with an adventure in ferry hopping from Craig to Ketchikan and finally back to Sitka.

June 17: Paddle along Kuiu to The Spanish Islands and Coronation.

June 26: Meet the Craig Wilderness Rangers and Youth Conservation Corps in the Maurelles to help with projects

Britainy is an Avian Care Specialist and works to rehabilitate injured birds of prey in Southeast Alaska. While she originally planned to be a librarian, volunteering with wildlife inspired her to change her major to Biology, and led her to Alaska! With her science background, she understands how intact ecosystems... 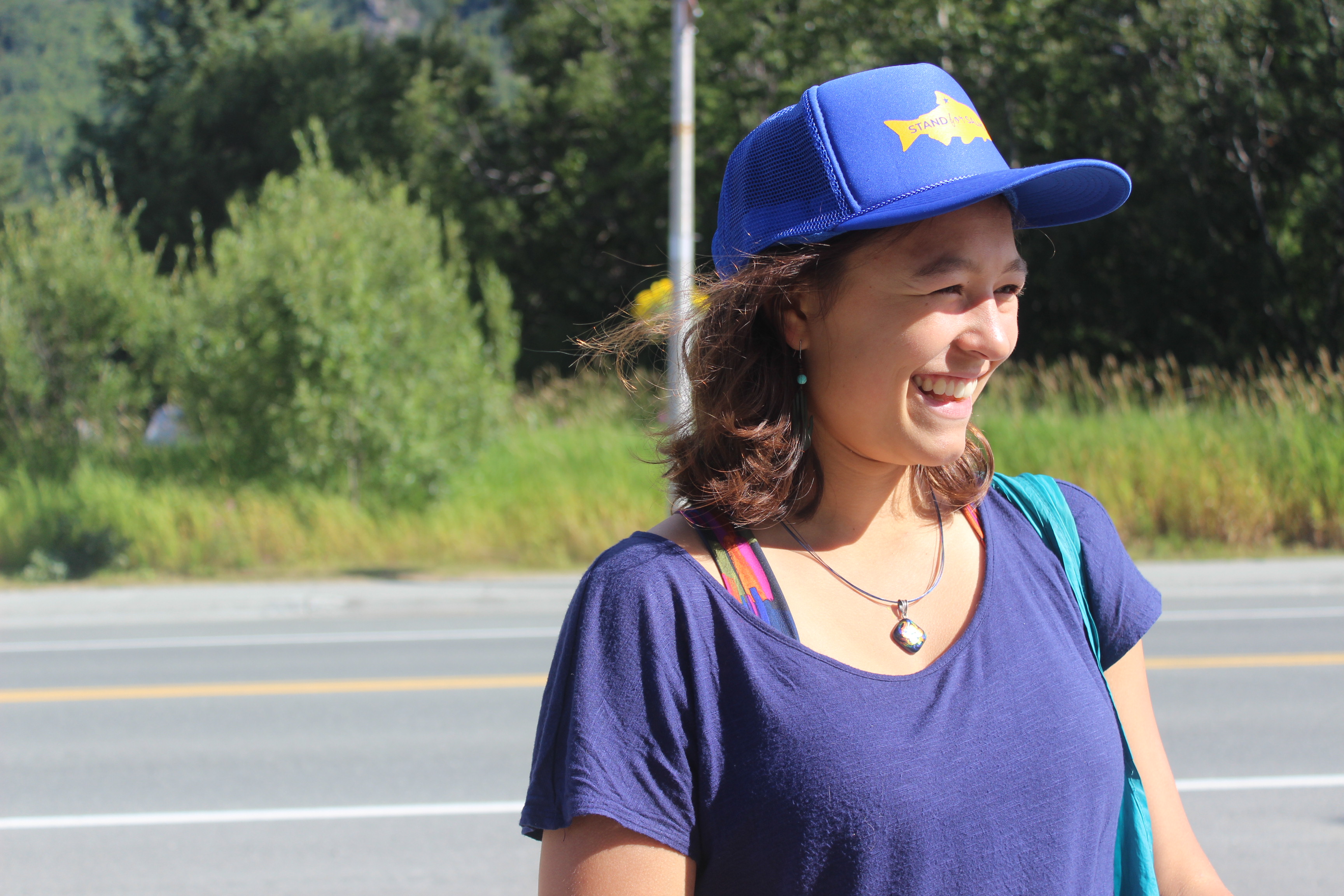 Written by Carly Dennis, Eco-Advocacy and Communications Intern Carly Dennis participated in an Environmental Rhetoric Course on the Inian Islands. As a 20 year old, lifelong Alaskan resident, I have a deep love for my state and I care about its future.  That is why I’m very worried about the...

Why I support the Roadless Rule with Cora Dow

Why I Support the Roadless Rule with Marcel LaPerriere