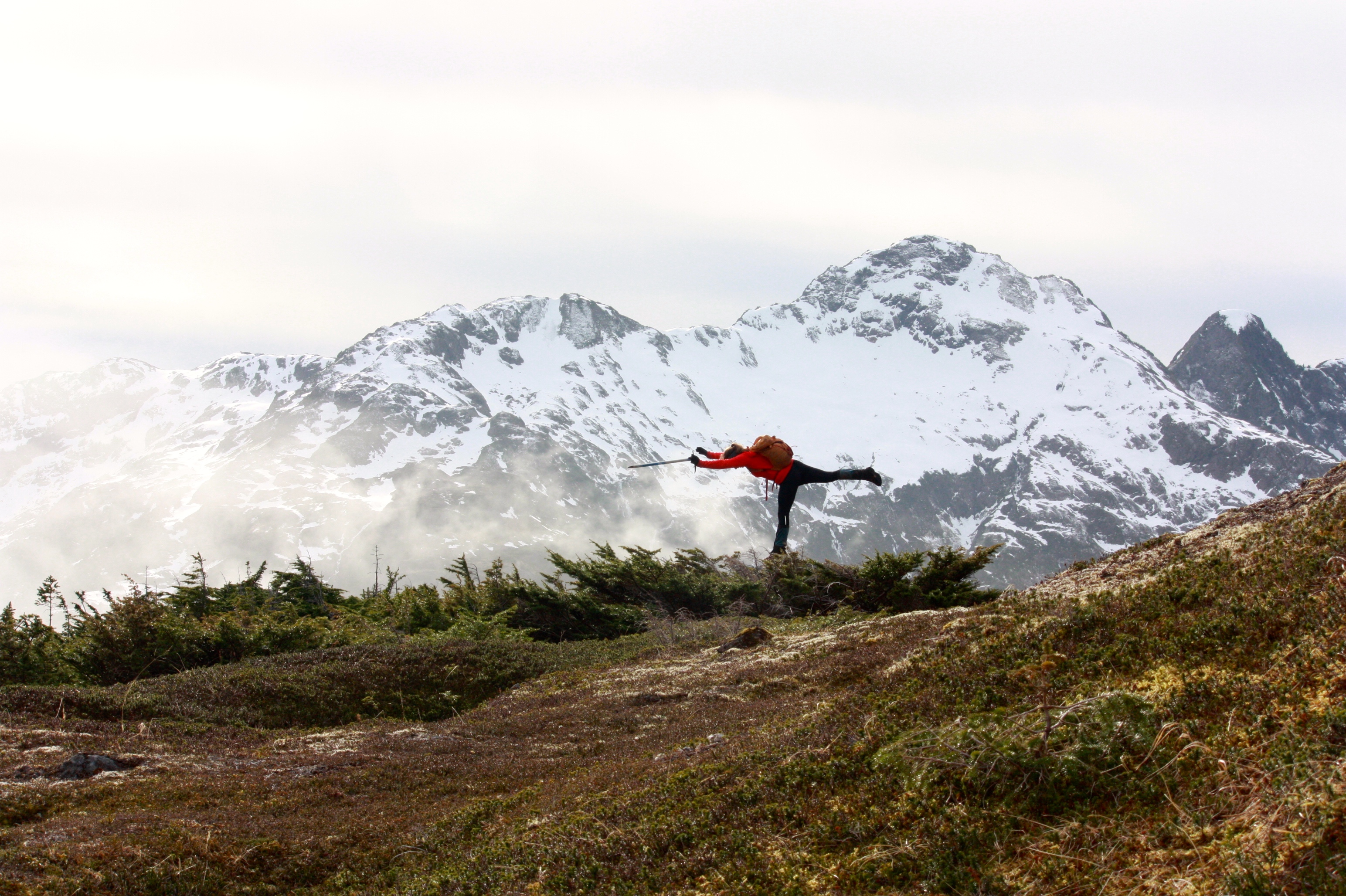 Esther Kennedy, an AmeriCorps volunteer working with SCS and the Sitka Tribe of Alaska, has been enthralled by natural landscapes ever since moving to Anchorage at age two. That interest eventually took her to Harvard University, where she received a B.A. in Earth and Planetary Sciences with a focus in Earth history. During college, Esther was fortunate enough to work as a geology field assistant in the Brooks Range and northern Canada, where she prepared for Southeast Alaska by camping for weeks at a time in the rain. After school, Esther moved to southwest Wyoming to work for the Park Service at Fossil Butte National Monument. There, she discovered her love for science interpretation and developed a fascination with the process of convincing wildly diverse audiences about scientific conclusions. While Esther loved working for the Park Service, she is excited to move into more direct conservation work. Her current projects at SCS include improving our new website, producing written interpretive information for the public about recent landslides in Southeast Alaska, and working with the Sitka Tribe of Alaska to increase public awareness about the dynamics of the herring industry. Above all, Esther is ecstatic to be in such a tight-knit community in one of the most beautiful corners of Alaska.