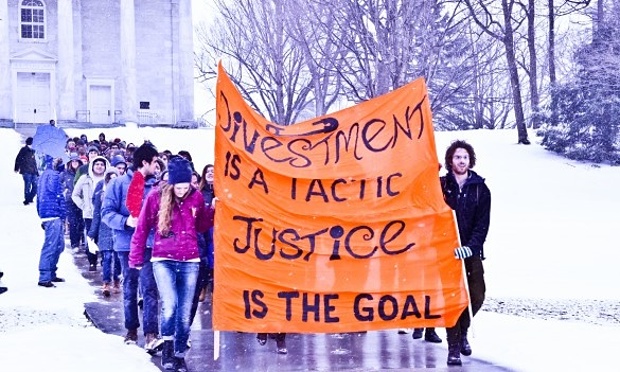 In a world where we vote with our dollars, an investment in fossil fuels is a vote for the decimation of our planet.  Investing in oil companies means supporting their efforts to find new places to drill, to extract more oil from the ground, and to ultimately endanger life on Earth.  By holding these investments, individuals, universities, and governments remain complicit in these contributions to climate change.  Ending these investments – known as divesting – can send a powerful message to both the companies and the public at large.  Divestment is a powerful strategy to combat climate change, and it is quickly rising in popularity.  By ditching their investments in the fossil fuel industry, individuals and institutions are sternly saying that their money will not be used to support practices that pollute our environment and put human lives at risk.

If just one fifth of the world’s identified oil reserves are extracted and burnt, the globe will warm past the 2°C that scientists from around the world have agreed is the borderline of climate catastrophe.

A shift away from a fossil-fueled economy is necessary in order to avoid climate disaster.  Already, the greenhouse effect is changing weather patterns across the globe.  Alaska is seeing record-hot winters, melting glacial ice, and fires across the interior.  If just one fifth of the world’s identified oil reserves are extracted and burnt, the globe will warm past the 2°C that scientists from around the world have agreed is the borderline of climate catastrophe.  Yet major corporations, with stunning negligence, continue to spend billions every year exploring for more oil, venturing into pristine and vulnerable territory like the seas of the Arctic.  And our governments - the Alaskan and the federal - continue to heavily subsidize this industry, driving fossil fuel prices artificially low and making it hard for renewables to compete.  If we don’t begin cutting ties to fossil fuels soon, humans and nature alike will suffer from the effects of carbon pollution.  Cities will flood, crop production will falter, and ecosystems will be thrown into chaos. Oil companies are aware of these consequences, yet continue to spend their money not only on drilling and exploration, but also on lobbying to prevent the implementation of sustainable solutions.  These companies stand firm in their commitment to profit from the degradation of the world we live in. 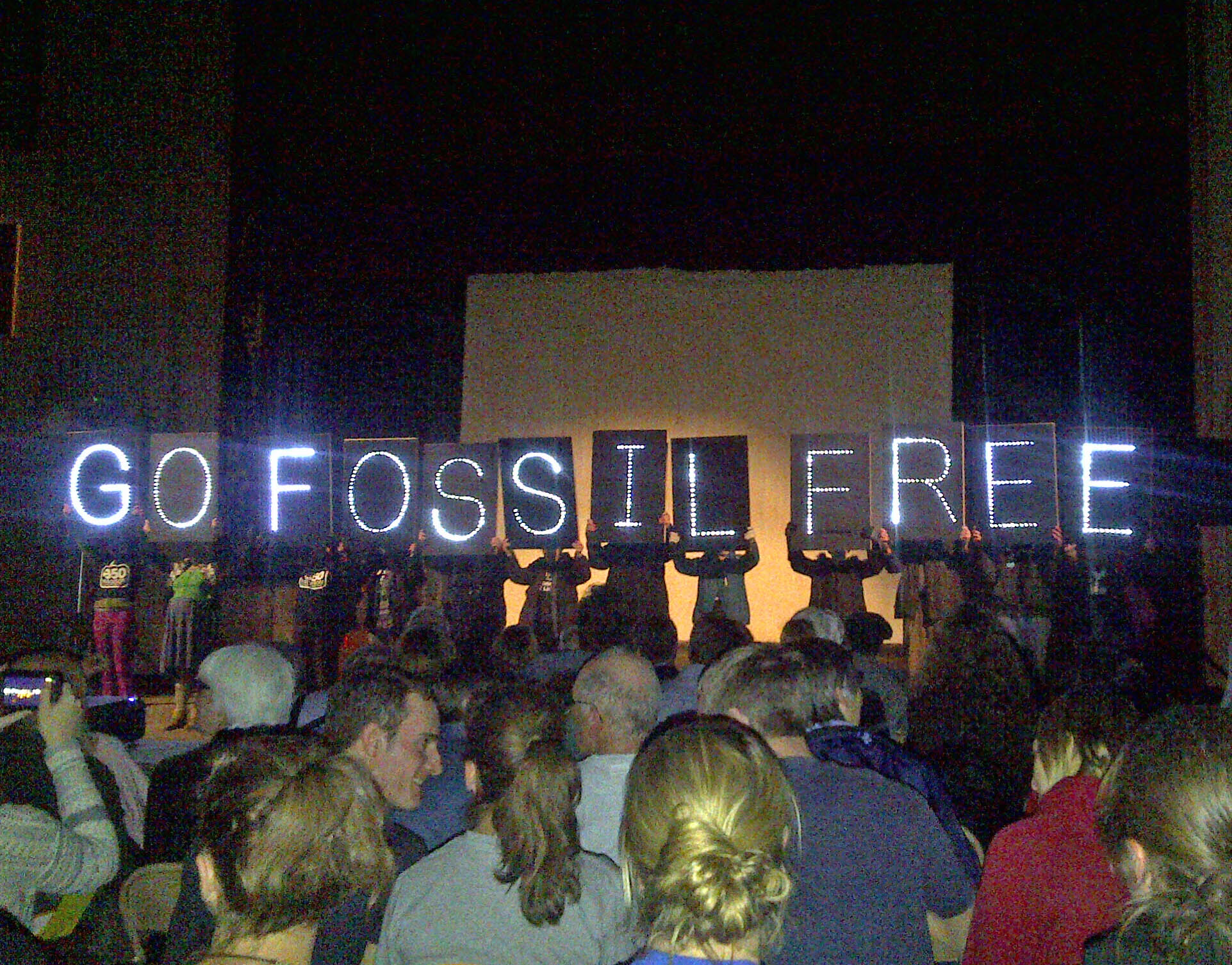 Divestment is a way to draw the line in the sand and stand on the side that aims to address climate change head-on.  Admittedly, the economic impact of divestment is small.  Selling some stock in a multibillion dollar company won’t exactly burn a hole in any pockets.  The real power of divestment lies in shifting the conversations around climate change.  It makes a public, political message - that an institution and its constituents refuse to be complicit in the practices of the fossil fuel industry.  Major divestments make headlines, and these headlines help to sway public opinion.  As more and more major universities pull their money out of the fossil fuel industry, more pressure will be placed on politicians to address climate change.  The people know that we need to act now and stand up to oil giants to save our planet.  The divestment movement is a way to leverage political power in getting our governments to respond.

Investment, too, can leverage power towards building a sustainable world.  Just as political statements can be made with divestment, they can also be made with reinvestment.  As institutions withdraw their money from the fossil fuel industry, they should be putting it into greener markets.  An investment in renewable energy or sustainable technology sends the message that these industries deserve support – that we all should be investing in a future with a livable climate.  Such investments can also make a sizeable impact in helping these companies get off the ground, as sustainable technology often comes from smaller, newer companies that need investments to implement their solutions. 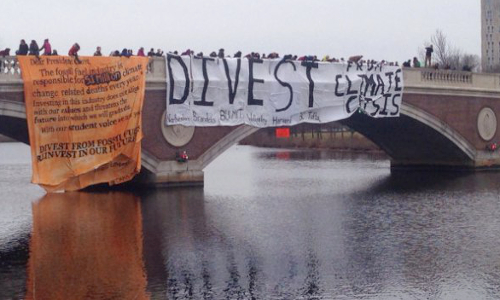 Divestment is a way to tell fossil fuel companies that their practices are unacceptable, that the world’s resources need to go not towards finding more oil, but to developing clean alternatives.  It is not the be-all, end-all solution.  Divesting from oil companies will not solve climate change, but it is a step in the right direction, and the downright moral thing to do.  Climate change is already taking its toll on the planet and on human lives.  Extreme ocean acidification in the Bering Strait threatens the ecosystems of the surrounding seas, and in turn the livelihood of the people of Alaska.  Typhoon Haiyan struck the Philippines with increased vigor due to the changing climate and took many lives because of it.  Massive droughts linked to the warming climate lead to hundreds of thousands of deaths in the developing world each year.  As sea levels rise, we are losing whole communities and the histories they have built with the land.  It is immoral to invest in the companies that perpetuate this kind of loss.  By divesting, we end our financial backing of environmental destruction and declare our support for a cleaner, brighter tomorrow.