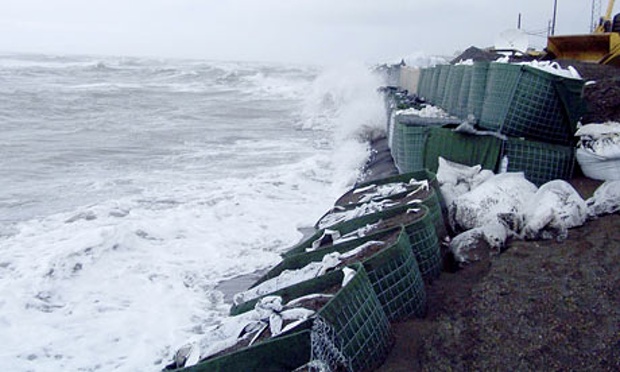 Alaska is already feeling the heat of climate change - in more ways than one. Rapidly rising temperatures have been melting permafrost and killing trees. Wildfires are burning away huge swaths of forest. Ocean acidification threatens the way of life of those of us who depend on fisheries. Whole communities have had to relocate due to rising sea levels.

Attorney and global warming activist Deborah Williams has alerted Sitkans that Alaska is more vulnerable to the catastrophic impacts of global warming than any other place in the country. As carbon dioxide levels continue to rise, Alaska's ecosystems degrade and temperatures rise more quickly than those farther south.

SCS is pushing back against climate change. Here's where we're focusing:

2) Forest Service Management - Southeast Alaskans are in the enviable position of living in one of the world’s greatest carbon sinks. Scientists have discovered that the old-growth trees in the Tongass National Forest sequester amazing amounts of carbon in the soil. In light of this recent evidence, it is imperative that the Forest Service reconsider its Tongass management. Their transition away from old-growth logging means more than habitat preservation - it is a vital step to reduce the speed of climate change.

Alaskan Voices on Climate Change: A series of writings from those who call Alaska home on the growing threat of climate change

Climate change is hitting Alaska hard, threatening the very place so many call home.  This series features a range of voices from across the state speaking up about climate change and their experiences working to stop it.  Most of these authors aren't directly affiliated with SCS, but we are honored that they've taken the time to write for our blog.

1. Tristan Glowa, A College Climate Organizer from Fairbanks - Tristan here shares his story of how he became involved in the fossil fuel divestment movement and why he knows it is important to work for a safe climate.

2. Kengo Nagaoka, A Divestment Activist from Fairbanks - Kengo speaks to the power and necessity of the divestment movement, and to the troubles of Alaska's oil dependency.

3. Kelsey Skaggs, Climate Justice Activist from Juneau - In this interview, Kelsey talks about how she took up the cause of climate justice, and the litigation she is currently involved with that aims at getting Harvard to divest from fossil fuels.

4. Nathan Baring, Youth Environmental Activist from Fairbanks - Nathan shares why he cares about fighting climate change, and some of his thoughts on how people can make personal changes to contribute less to the problem.

5.  Sijo Smith, a Climate Activist from Eagle River - Sijo explains how growing up in Alaska has driven her to fight for a safe climate.

The Real Price of Oil: A series on climate change, the costs of oil dependence, and paths towards a sustainable future

Climate change is taking its toll on ecosystems and the homes of people across the world. The people and nature of Alaska have been especially affected, seeing our lands go up in smoke or sink into the ocean.  Our economy and government have been hurt by the use of fossil fuels as well. Oil dependence has introduced corruption and fiscal uncertainty to the state of Alaska. To protect the integrity of our state, our land, and our communities, we are going to need to find solutions that create a more sustainable society. This series addresses issues around climate change and other problems that come with oil, and discusses some ways out of the troubles of fossil fuel dependence.

1. What the World Pays for Oil - A shortlist of the many environmental effects that fossil fuel use has in Alaska and around the world.

2. Oiling the Chains of Government: How the Fossil Fuel Industry Corrupts the Political Process - This post explores the lobbying, climate denial, and corruption that big oil uses to leverage political power across the nation and the world.

3.  Oil Spills into Alaskan Politics - This article looks at some cases of big oil exerting its political influence within the state of Alaska, both legally and illegally.

4. Divestment is a Way to Stand Up to Big Oil - An explanation of fossil fuel divestment, and an argument for its usefulness in fighting climate change.

5. Stop Subsidizing Climate Change - An essay on why we need to end the massive subsidies and tax breaks to the fossil fuel industry

6. Towards a Climate Just Future - This piece looks at some inspiring cases of resistance to the fossil fuel industry from around the world, and discusses why it is necessary for movement fighting against climate change to work towards climate justice.