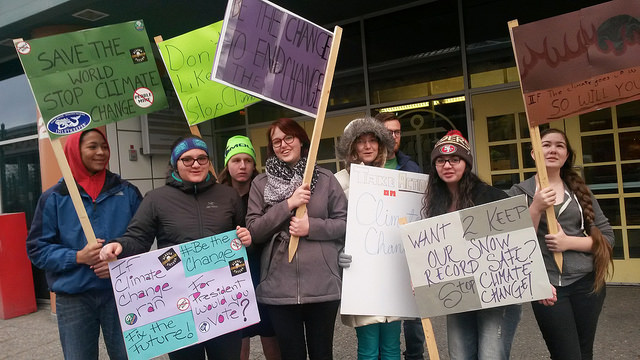 My name is Nathan Baring and I am a 15 year old who has lived in Fairbanks all my life. Even in the short time that I have been around, I have begun to see the effects of climate change on Alaska and my hometown of Fairbanks. I see them in the winter rains that are becoming a norm. I see them in the extreme lack of snow in Anchorage and communities like Shishmaref actually losing huge parts of their villages to rising water levels.  Science has been telling us for decades the same thing: Climate change is a reality and it is primarily human caused. Why is it so difficult to grasp and change our ways? We have become so dependent on fossil fuels as an energy source that we continue to desperately reach for any small excuse to deny the idea that we have anything to do with the climate at all. Society today, most notably the enormous power of oil companies, has made it virtually impossible to transition to sources besides fossil fuels for our energy needs. It’s very hard to convince some people to act toward climate change mitigation when the worst impacts are mainly affecting affecting poor, isolated communities. I have written many letters to the editor encouraging people to change just a little bit to reduce their carbon footprints. I have tried to convince people in every way I can think of that climate change might not be a notable problem now, but by the time it becomes one we won’t be able to stop it or even slow it down. The climate movement is trying to bring climate change off of a political agenda and into the communities. We are constantly in a gridlock that keeps us from moving forward, while backwards projects like the Keystone pipeline are still being introduced. 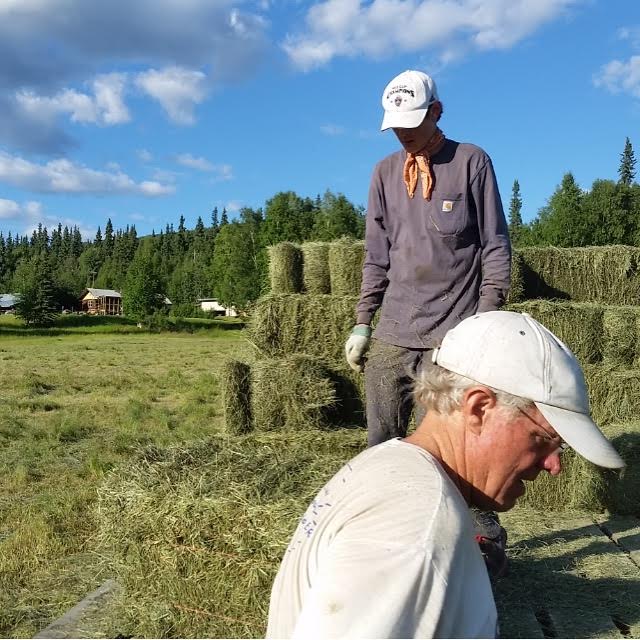 That's me doing some work in the great Alaskan outdoors.

Just sitting back and letting small, poor, coastal communities suffer so that I can continue to burn fossil fuels instead of changing my consumption patterns just isn’t justified. I wouldn’t housesit, trash the house, and then make an excuse for why I didn’t take better care of it. Yet that is a global metaphor for what we are doing to our Earth right now. This is all very doomsday and dark, which isn’t entirely all that is happening on this issue. We have hit some huge highpoints in the last year alone. Pope Francis discusses how Catholics might protect the creation, Norway divested its huge government pension fund from coal, and laws around the world have gotten tougher on carbon emissions. We need to take more steps to ensure climate change doesn’t get out of hand. Switching to alternative energy sources is just the tip of the iceberg. A carbon tax that controls the large amounts of emissions that are pumped into the atmosphere is also another viable solution. These would provide control over our carbon footprints without having us change the ways of life we have become so adapted to. Even small changes like riding a bike to work instead of driving when it’s warm out or carpooling on errands can have an effect as well. We can be creative with our solutions and it can even be fun! My home, Alaska, is one of the places that is ground zero for melting, erosion, and storms. I love the beauty and climate of the north as it is today and that is what drives me to protect it. I want to keep the climate cool so that one day I may teach my children and grandchildren to ski, preserve the polar bears, keep the glaciers that provide freshwater, and most importantly keep communities like Shishmaref from falling into the ocean. Let’s work together on solutions for the preservation and stewardship of our Earth.