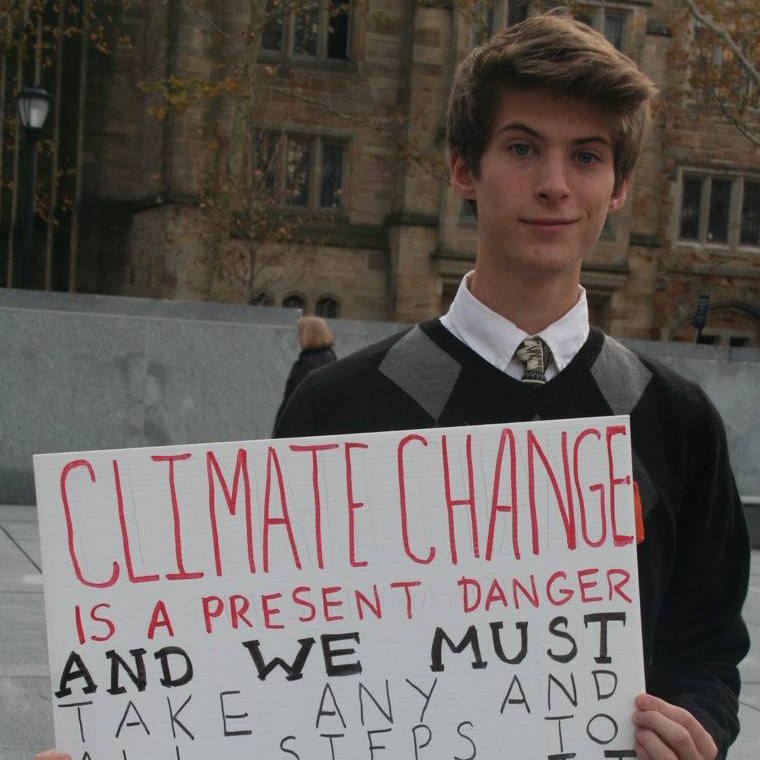 My name is Tristan Glowa, and I am proudly from Fairbanks, Alaska. I now attend school in New Haven, CT, where I am a member of the Yale College Class of 2018 and organize with the fossil fuel divestment campaign, Fossil Free Yale.

I got my start in community activism through involvement with sustainability initiatives early in high school. Exceptional science education in Fairbanks public schools left me concerned about the issues my generation would be facing, from non-renewable resource depletion to environmental degradation and more than anything, the massive challenge of human-caused climate disruption.

The science solidly insists that, in order for the planet to maintain a stable temperature, the vast majority of the world’s fossil fuel reserves must stay underground.

Though these issues seemed incredibly pressing, I felt isolated in my concern– until I got involved with my school’s student-run recycling program. I saw that the precedent for creating sustainable institutions had come from those who had taken initiative and organized their communities for change. With the help of role-models and peers at Alaska Youth for Environmental Action, I decided I also needed to take on this mantle. As high school students, my friends and I organized youth for action in our democratic process on recycling and sustainability, air quality solutions, and for protecting our state’s salmon resources.

The looming topic of climate change never went away, however, and the lack of conversation in Alaska felt stifling. Despite the increasingly visible impacts of climate change in our Arctic state, especially disrupting many Alaska Native ways of life, we were failing to openly discuss the culprit: the greenhouse gas emissions from fossil fuel energy, enabled by the oil industry at the heart of our state’s economy.

The reluctance to have a conversation makes sense; oil profits have undeniably raised Alaskans’ standard of living, as well as provided the education and opportunities that folks like myself have benefitted from. Nevertheless, the science solidly insists that, in order for the planet to maintain a stable temperature, the vast majority of the world’s fossil fuel reserves must stay underground. Arctic ocean oil extraction, for instance, was identified by a prominent Nature study as incompatible with a 2°C temperature rise that has been agreed upon as the largest permissible warming by the UN. 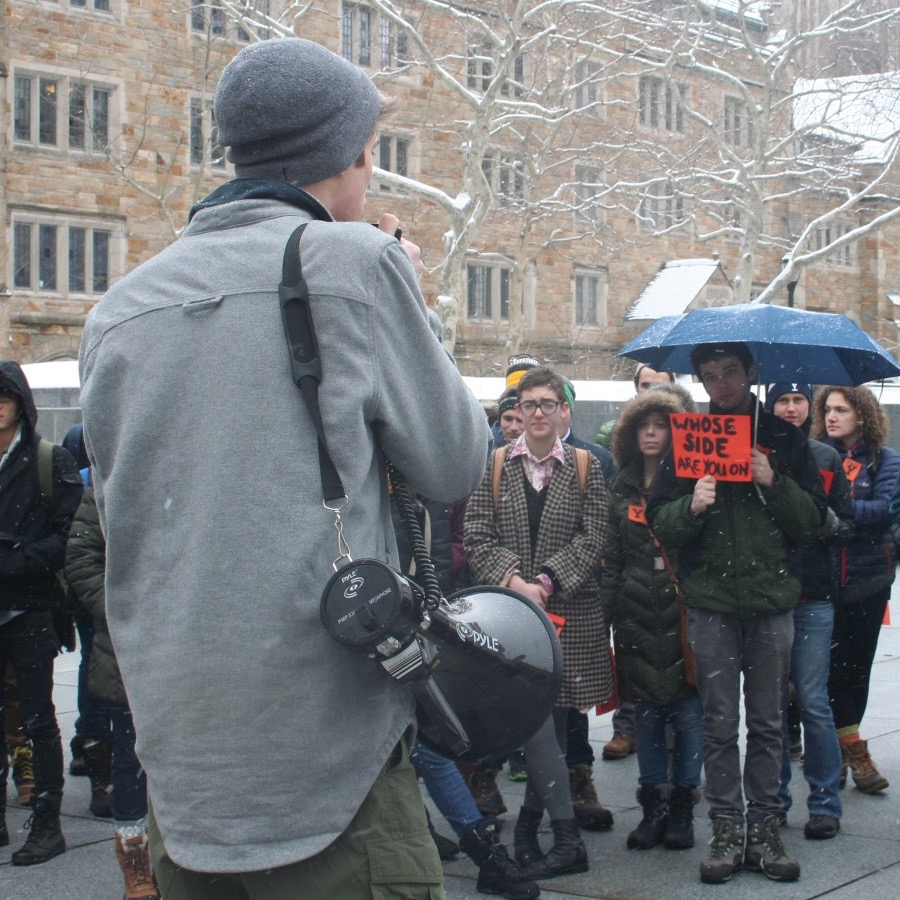 This is me speaking at a divestment rally at my school.

I knew, going into Yale, that fossil fuel divestment would be my priority. The business model of these companies, so closely tied to my state’s economy, must be called into question. Though I have been dependent on fossil fuel products and money for my entire life, this industry has purposefully blocked climate action, preventing legislation to spur a transformation to a low-carbon energy system and seeding a media system of climate denial. This is to say nothing of the environmental and social devastation caused by companies every step along the way, from extraction to transportation to burning.

It is clear that the fossil fuel industry cannot sit as the core economic driver for Alaska anymore– this much is apparent from the fiscal havoc our state currently faces from volatile oil prices, but with a serious analysis of the climate crisis, our situation is much more urgent than we are acknowledging.

But I am not involved in fossil fuel divestment simply say no to the fossil fuel economy that has been the backbone of economic development in our state. Young people, especially, are rising in the climate justice movement worldwide to demand a new economy. To meaningfully address climate change, Alaska needs new answers to how we can build a thriving economy in a sustainable way. The path forward calls for an era of creativity and civic engagement to find ways to meet our needs. This is what I am committed to helping to build.