Alaska’s Public Land: Loved by Many, Threatened by a Powerful Few

Over the course of the summer, I visited five different Wilderness Areas located in the Tongass National Forest. In these places, I had the pleasure of interacting with people who were using these public lands. The Tongass National Forest has the most Wilderness Areas of any National Forest, both in the number of areas and in acreage and draws people from across Alaska and the United States to visit these untrammeled areas. Unfortunately, a congressional movement led by Alaska’s own Senator, Lisa Murkowski, is threatening the existence of treasured public lands across the country. This summer, I was able to talk with people using their public lands and was reenergized, because the American public wants a different outcome for their public lands. 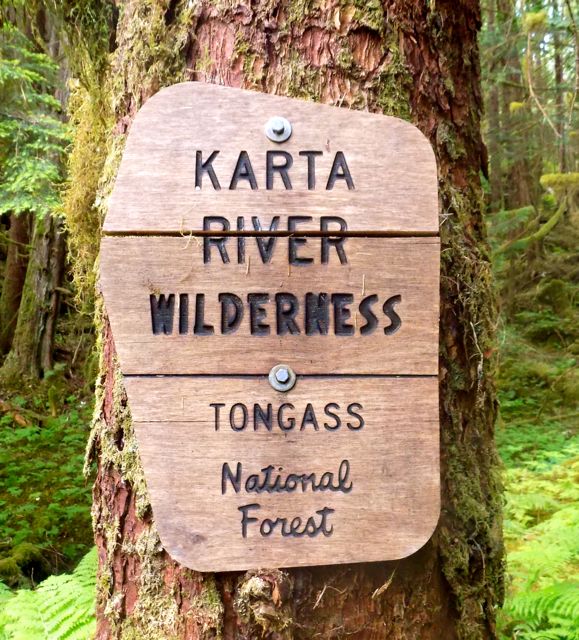 To the people I met, Alaska’s public lands are:

A place for family

In the Karta River Wilderness, I met a father and daughter who lived near Hollis on Prince of Wales. The daughter had recently returned from college and was excited to explore the bountiful recreation Southeast Alaska has to offer. To celebrate her arrival, she was fishing in the river, hoping to catch a salmon for dinner, while her father was picking blueberries to complete the dinner with a pie. The tandem also set crab and fishing pots in the bay in case the fish weren’t biting. To this family, it was clear that the Karta River Wilderness provided a short escape from town, where cars weren’t zooming by—instead fish were—and one could enjoy time with a loved one alongside a flowing river.

An escape from the elements

While traveling through a narrow channel in the Maurelle Islands Wilderness, I came across a sailboat anchored in a wonderfully protected location. While talking to the couple on board the sailboat, I learned that they had been anchored there for the past two days as heavy winds were blowing and had a great time kayaking around in the protected waters around their anchorage. They also mentioned how peaceful their time anchored was, as they had not seen another person or boat during the past two days. The couple noted that earlier in their sailing adventure, they stayed at a Forest Service public use cabin outside of Petersburg with their grandchildren and had an absolute blast. In fact, they considered Forest Service cabins one of the best recreation deals around and were flabbergasted when told that there was currently only one permanent staff on all of Prince of Wales (the fourth largest island in the United States) that was supposed to maintain all of their Forest Service cabins. 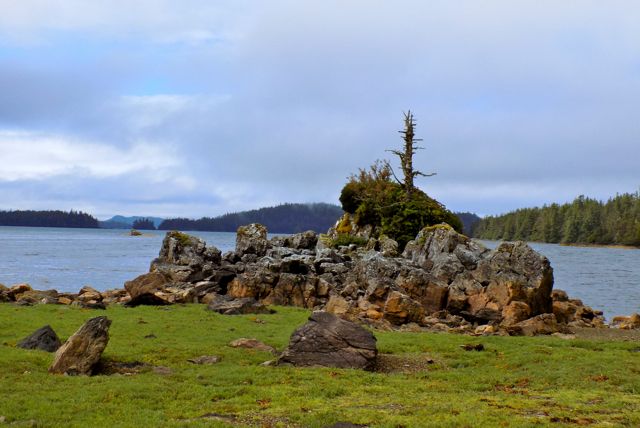 View from the Maurelle Islands Wilderness

A place to see what you can’t see anywhere else

In Travels in Alaska, John Muir described Tracy Arm as a “wild unfinished Yosemite,” and the Tracy Arm-Fords Terror Wilderness continues to amaze thousands of visitors every year. Unfortunately, the glaciers in this Wilderness Area are quickly retreating. To educate visitors about the wonders of the area and also explain the challenges climate change presents to wilderness, Wilderness Rangers in Tracy Arm-Fords Terror Wilderness give educational talks aboard small cruise tours. On a trip where I was assisting these Wilderness Rangers, I was able to join in on one of these educational talks. We started the talk by asking, “Who is loving their trip so far?” and “Who has been awed by something during this trip?” After every hand in the room went up, including my own, we began to inquire why people booked their trip to Alaska. The answers that flooded in included that they, ”wanted to see what you can’t see anywhere else,” that they “wanted to see glaciers and wildlife” and that they “wanted to get away.” Everyone agreed that their expectations had been exceeded and were delighted by the numerous bears, eagles, whales, seals and mountain goats that they saw during their time in Southeast Alaska. 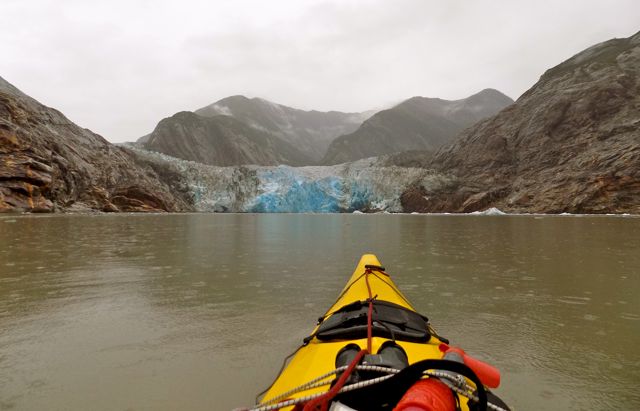 Back in the Karta River Wilderness, I talked on a few different occasions to two different parties from the lower 48 that were having a grand time on their fishing trip. Both parties were staying at a Forest Service Cabin on the river, a vacation they plan every few years, and were catching plenty of fish to keep their enthusiasms high. One of the groups came from Arizona and the other was from Oregon, and although the combined number of times these people had visited Alaska was over two dozen, their excitement about catching fish in a wild salmon stream and hiking a trail that wasn’t crowded was contagious and youthful. 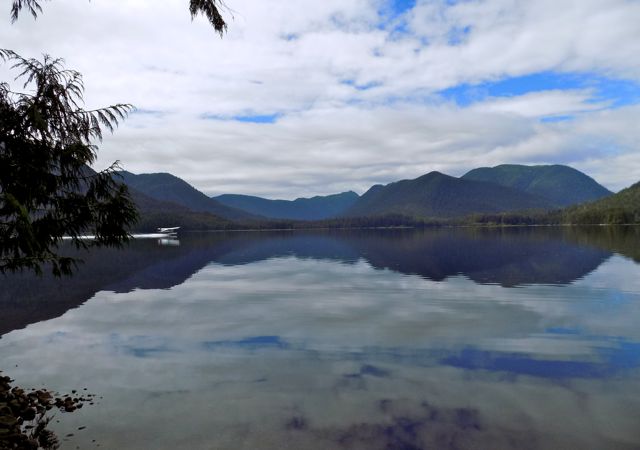 Whether I was talking to a visitor from Boston on a small cruise boat in the Tracy Arm-Fords Terror Wilderness or to a community elder from Angoon in the Kootznoowoo Wilderness, a resounding theme was present in my conversations. People do not see these areas as places of restrictions, where you can’t use generators, mountain bikes or drill for oil. Instead, people see these Wilderness Areas as places of opportunity, where you can seek solitude, fish productive waters and find challenging hikes.

Despite my inspiring interactions with visitors in Wilderness, the unfortunate reality of our political climate is uncomforting. Congress, led by Lisa Murkowski, has introduced amendments to try to open backcountry lands, including Wilderness Study Ares, in the lower 48 and Alaska to mining, drilling and logging. These politicians want state and local governments to seize federal public lands and open them up to private endeavors and other development. This pressure to seize federal public land is occurring, despite the fact a public opinion strategy poll found that 72% of Americans prefer public lands to be managed by federal agencies instead of state governments. 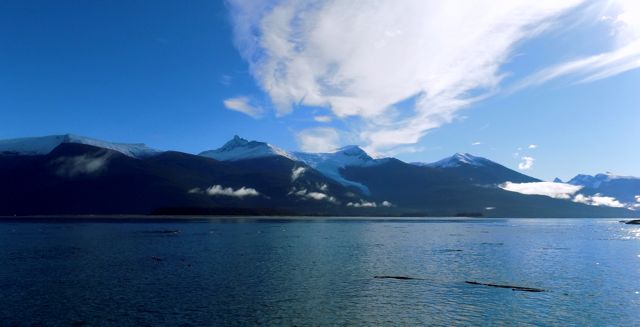 View of Sumdum Glacier in Tracy Arm-Fords Terror, threatened not only by climate change but also by political agendas

Alaska is teeming with wondrous public land, public land that should remain open to the American people, not given to the oligarchy that is trying to run our country. We must speak up and let our voices be heard. Please write or email your elected officials and let them know that you support your federal public lands, or sign the #KeepItPublic petition here.