A Summer in Sitka: Advocacy on the Forefront of Climate Change

I don’t know exactly when I became passionate about climate change. I remember I was in fourth grade the first time I heard about the issue. I was a denier then. People were getting worked up about polar bears on the news and I rolled my eyes. Processes of warming and cooling on earth happened in cycles and changes in nature happened for a reason. People were getting worked up over nothing.

I think I was too young to understand that it wasn’t nature who was causing the changes. 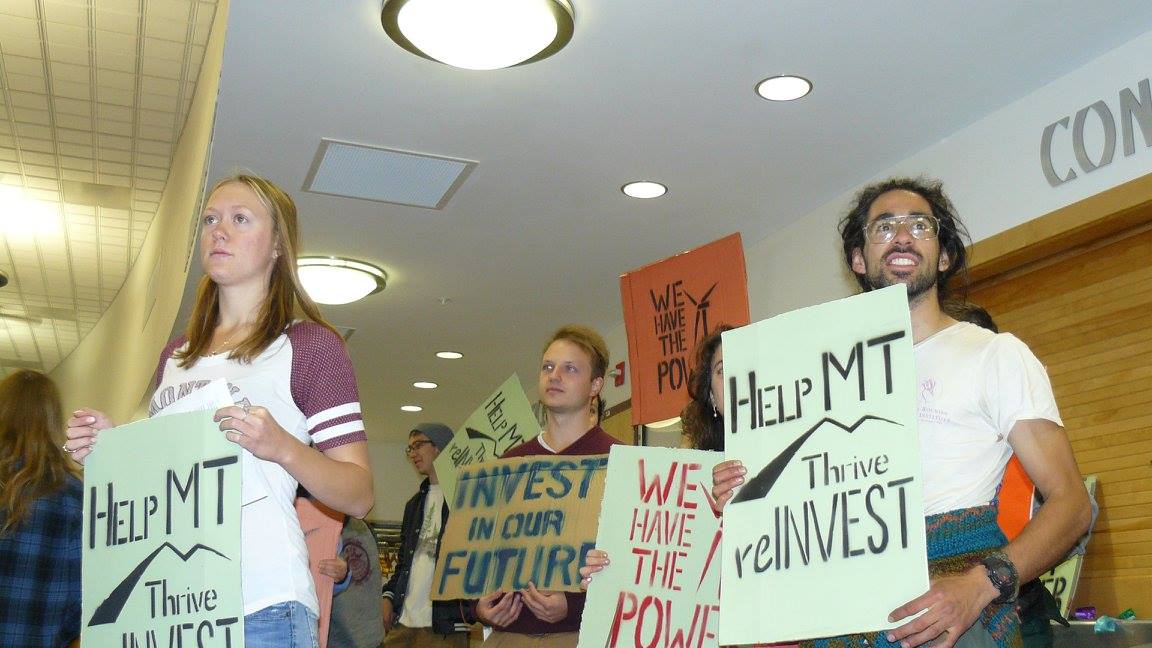 Fast forward a decade and I found myself a member of the University of Montana’s fossil fuel divestment club. I was signing up for study abroad programs to learn about climate change in Vietnam and Nicaragua and pursuing a minor in climate change studies. I can’t pinpoint what changed for me between fourth grade and college but somewhere along the lines something clicked. I learned more about the science behind the change, fell more in love with the natural world, and developed a deepening passion for protecting the environment. 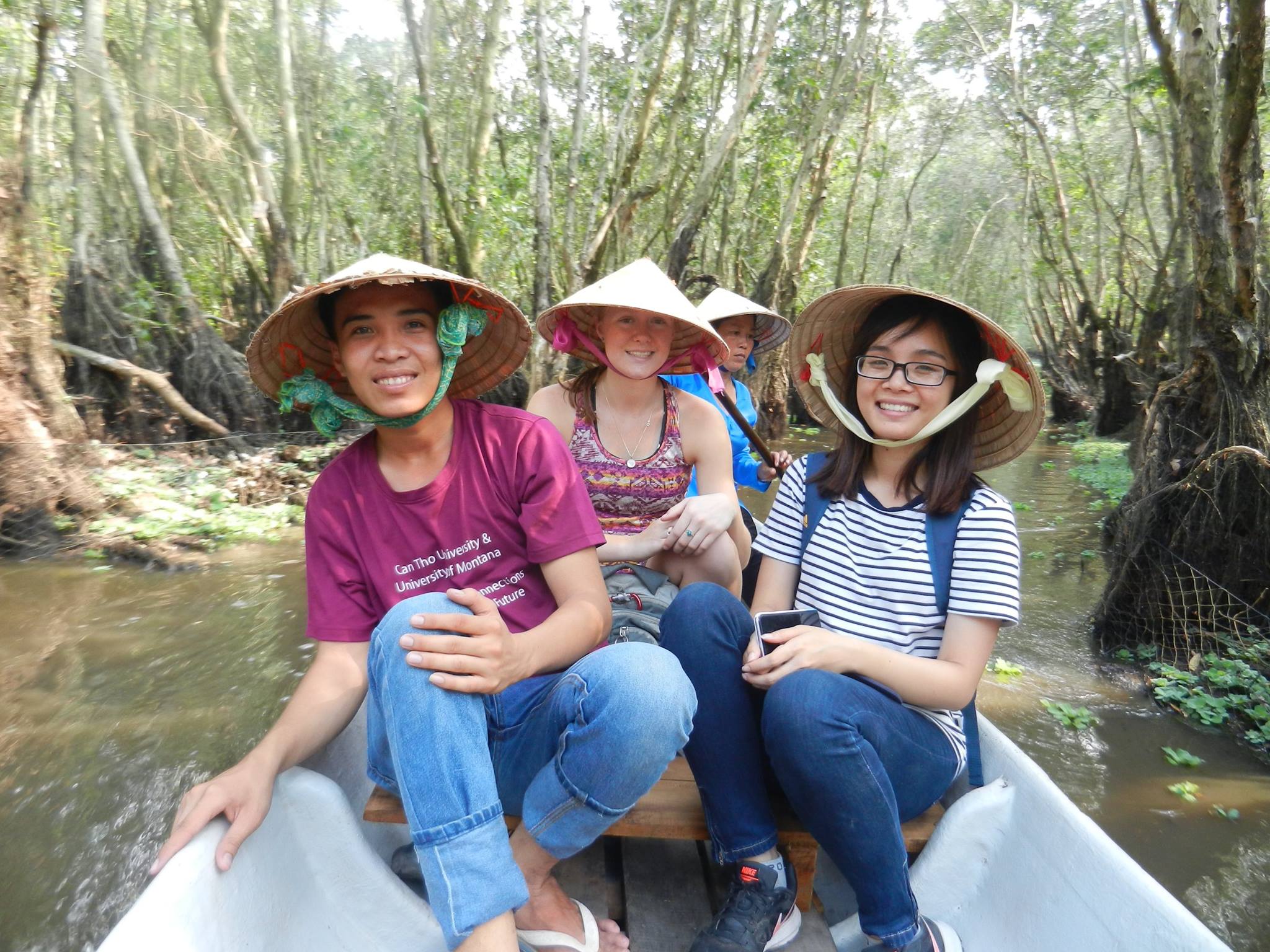 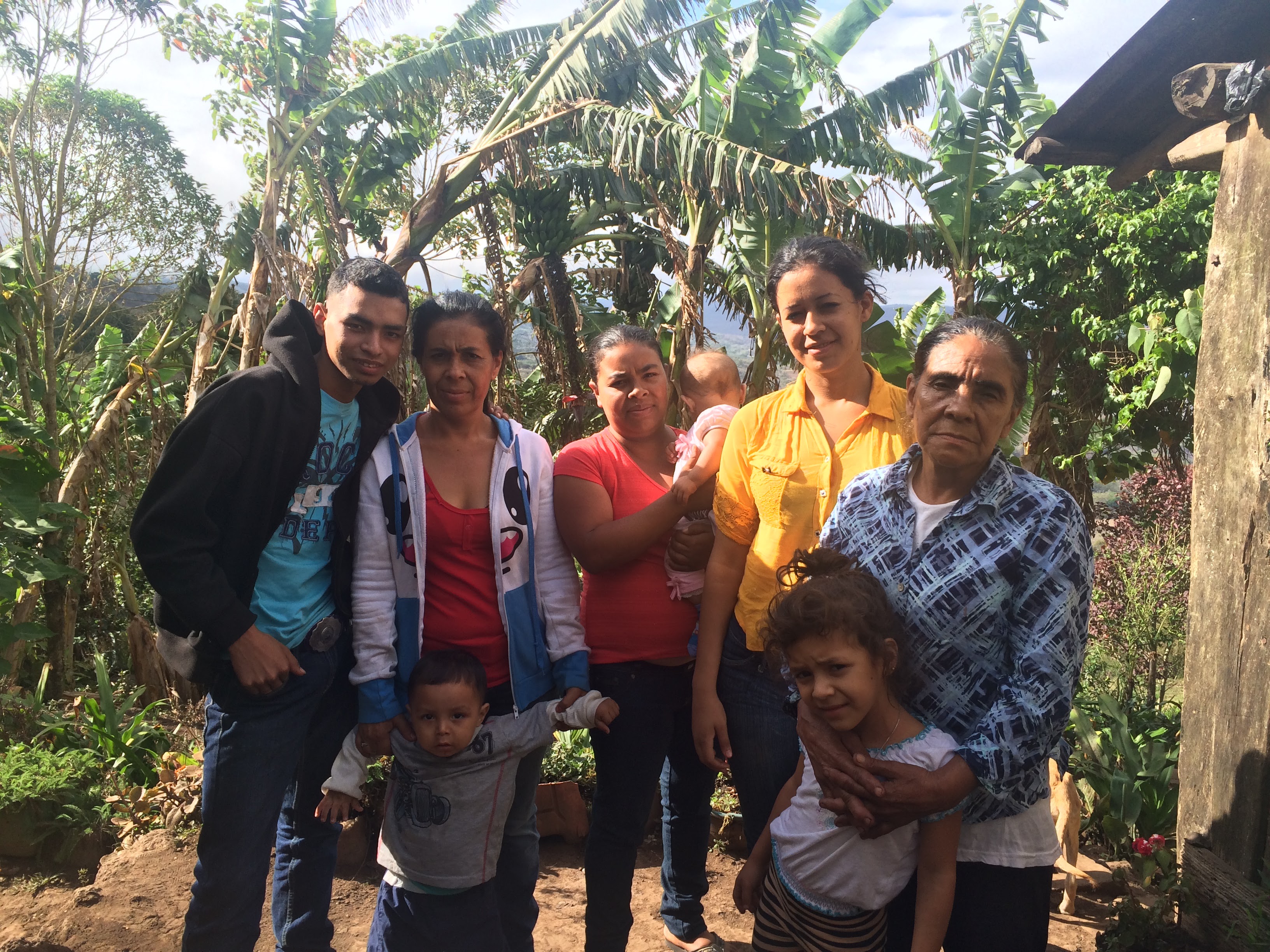 Left: Students take a canoe ride through a Melaleuca Forest where we studied the impacts of climate change in Vietnam's Mekong Delta. Right: Three generations of coffee farmers stand outside a home in Sontule, Nicaragua. Warming temperatures and changing precipitation patterns are diminishing crop outputs, forcing rural families to turn to ecotourism as an alternative source of income. PC: Cassidy White

My experiences abroad and the frustration of trying to persuade a university to divest from fossil fuels fueled my concerns about climate change and so when the time came to apply for internships I knew I wanted to do something that would make a difference in the fight for climate justice. After hearing about Sitka and Sitka Conservation Society, I’d found the place I wanted to work for the summer.

The lengthy title attached to my position at the Sitka Conservation Society was Alaskan Climate and Renewable Energy Organizer. Essentially, that boils down to SCS's personal climate change advocate.  The main target of all my climate advocacy: Alaska's Senator Lisa Murkowski. Senator Murkowski is the Chairman of the Senate Energy and Natural Resource Committee, meaning she gets to choose which bills are discussed and voted on and has significant leverage in determining the specific language of legislation. Considering our national energy policy has been subsidizing and supporting the fossil fuel industry, the industry at the root of the climate crisis, national energy reform is essential if climate change is to be stopped. This makes Senator Murkowski the single most influential person in the Senate for facilitating a reform and one of the most powerful people in the world for taking climate action.

Unfortunately, Senator Murkowski has not yet stepped into her role as a leader in the climate movement. While she understands climate change and acknowledges the need for mitigation and adaptation, she continues to push for the development of oil and pipelines in her home state of Alaska. And that's where I come in.

It was my goal this summer to amp-up the climate conversation in Sitka and across Alaska in hopes of showing Murkowski that climate change is something Alaskans are concerned about and that they are demanding she represent their concerns by taking action. I also wanted to ease some of the tension around the phrase "climate change", considering the polarity of views and regrettable air of denial within the political sphere, by making it normal to talk about climate change. It was my hope that through pursuing these two goals, climate change would become part of the discourse around Senator Murkowski's 2016 re-election campaign. 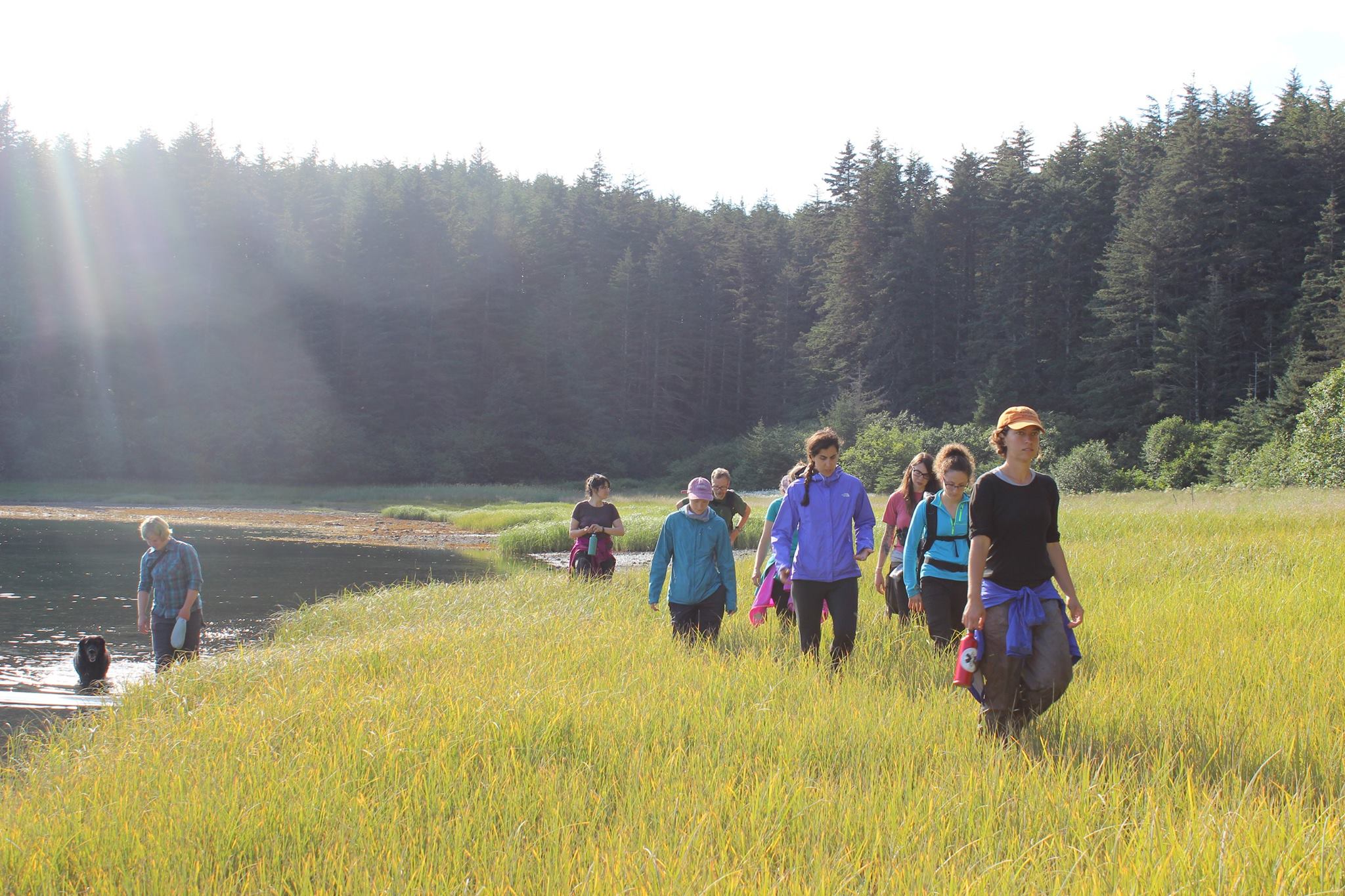 Participants in the Inian Island Institute's "Environmental Rhetoric" course return from a hike after a morning of lectures on the natural history of SE Alaska.  Students learned the importance of having a connection with place and using that connection to build an argument when advocating for the environment. PC: Cassidy White

Over the course of the summer, I used a variety of mediums in my attempts to meet these goals. I met with Sitkans and talked with Alaskans from across the state in hope of learning about the climate movement in Alaska and recruiting people to write letters to the editor voicing their concerns about climate change. I followed ADN, the Juneau Empire, and various other news sources, searching for relevant climate or oil articles and then sparking discussions in the comments sections, making sure to call out Senator Murkowski whenever possible.

I organized Alaskans to call Senator Murkowski's office as well as Minnesotans to call Senator Al Franken's office (I am from Minnesota) and made several phone calls myself. I attended a week long course at the Inian Island Institute on environmental rhetoric to improve my persuasion, speech, and debate skills and, while there, collected video testimonies about climate change from my classmates to share on social media. I created memes and plastered them around town as a way to capture people's attention about climate change through humor and imagery.

I attended public meetings with both Alaskan Representative Don Young and Senator Lisa Murkowski when they came campaigning to Sitka, asking each questions about climate change. Whereas Don Young blew off man-made climate change as a “charade” and “propaganda”, scoffing at the idea of humans being able to alter the earth’s climate, Senator Murkowski understood the science and recognized the need for mitigating and adapting to climate change. She claimed to be making renewable energy a priority, yet, continues to advertise her fight for expanding oil production in Alaska. 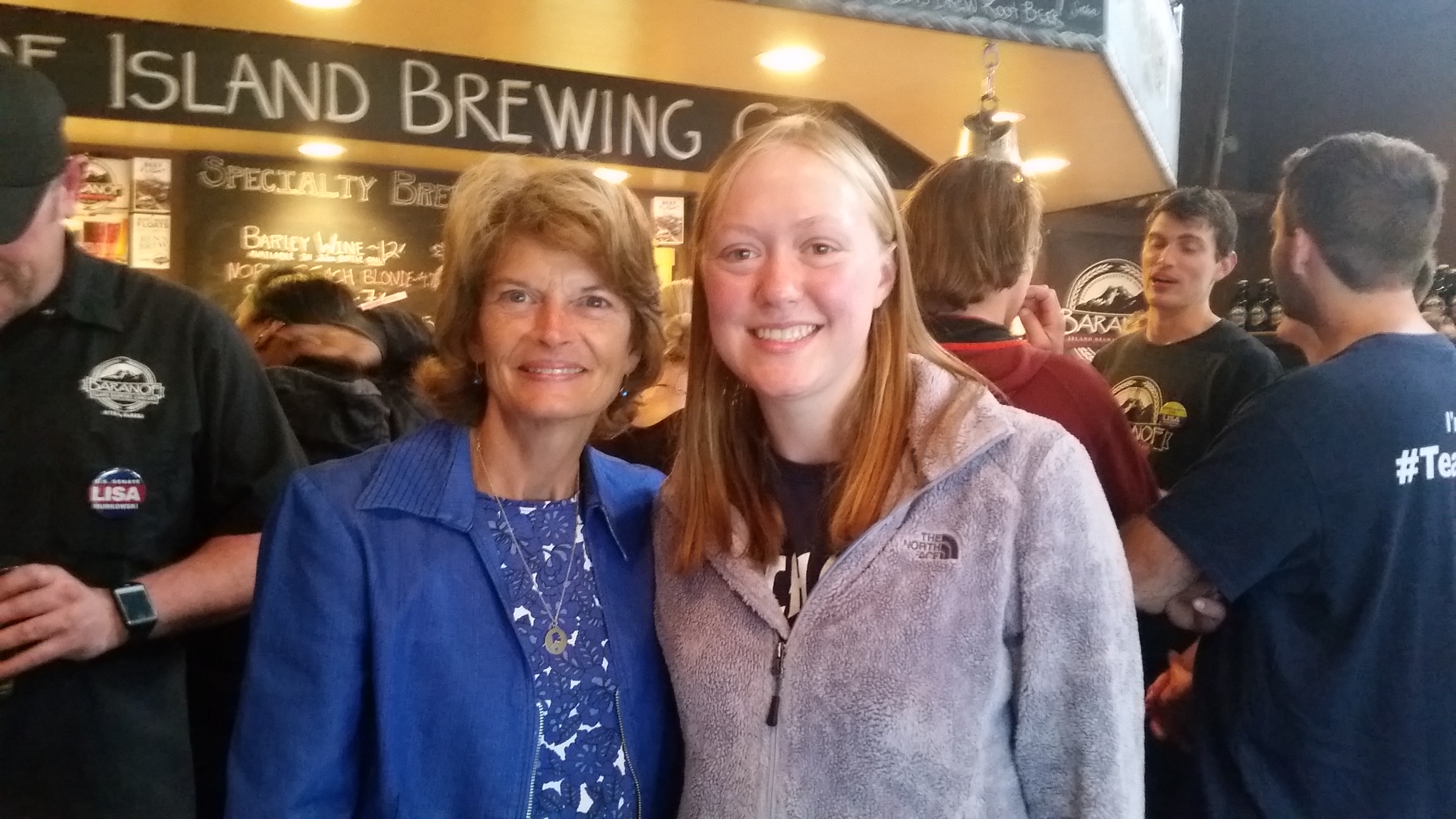 At the end of July I finally got to meet the subject of my internship, Senator Lisa Murkowski, and ask her questions about climate change. PC: Peter Bradley

I also organized and hosted a public film showing of Naomi Klein's "This Changes Everything" and used the gathering as an opportunity to collect letters from Sitkans to send to Young and Murkowski. 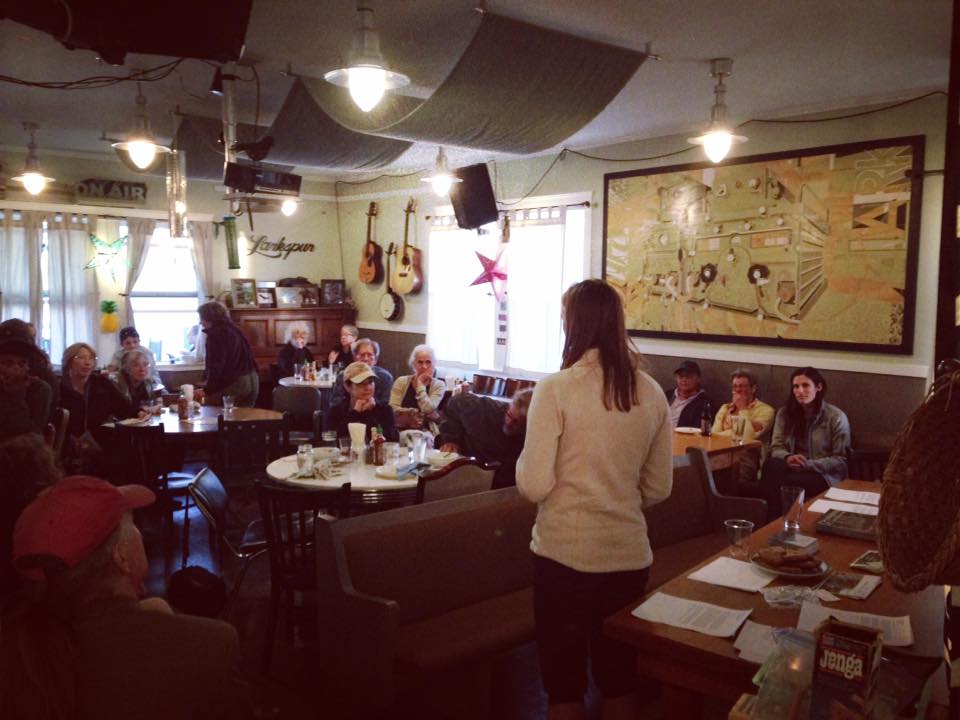 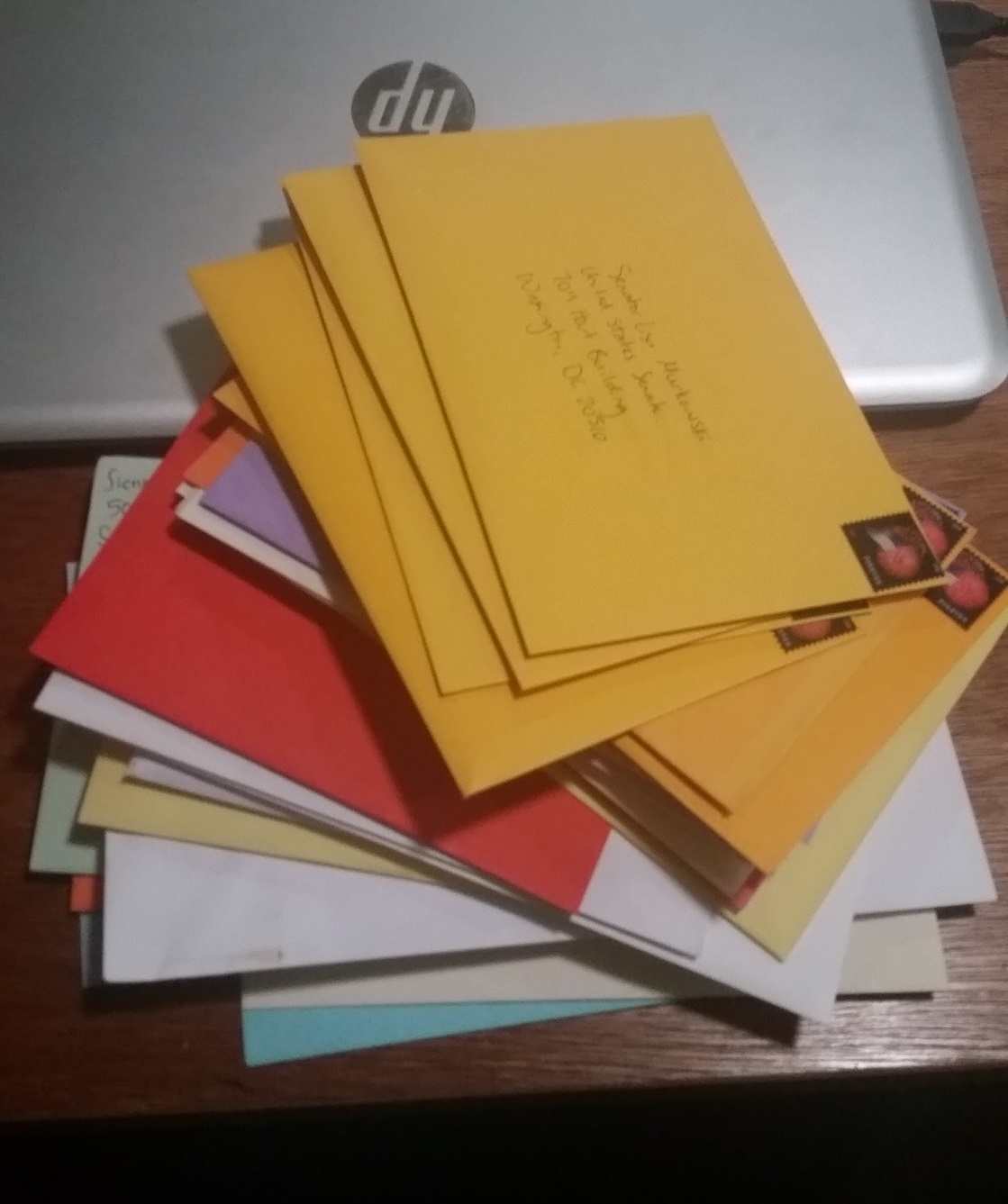 After showing "This Changes Everything" at the Larkspur Cafe, I ask the audience to fight for climate action by signing letters to Don Young and Lisa Murkowski. PC: Left-Lione Clare  Right-Cassidy White

As my summer comes to a close I look back at all that I've done and wish I had the time to do more. Murkowski may not have made climate change a pillar of her campaign because of me (yet) but the climate conversation is continuing to grow and at least I can say I put a Cassidy-sized dent in the glass ceiling of our country's unhealthy dependence on fossil fuels.