A Journey Home: A Canoe Movement in Southeast Alaska, Part 3 of a 4 Part Series

Teaming up with SEARHC for Suicide Prevention and Mental Health

After speaking with the board of the Southeast Alaska Regional Health Consortium (or SEARHC), Doug Chilton was able to secure funding for the One Canoe Society to travel and give paddling workshops throughout Southeast Alaska. He suggested that the canoe society team up with SEARHC’s “One is Too Many” suicide prevention program. The journey, he said, aligns with the goals outlined in Behavioral Health programs at SEARHC: specifically, their initiatives to create spaces for building community.

“You feel like you have an extended family and those people care.”

Can the canoe journeys combat suicide? Early on, Chilton was able to see the connection between the canoe journeys and suicide prevention. “Honestly, if you think about the situation of people who commit suicide or attempt suicide,” he told me, “they’ve hit an all time low and they feel that they have nowhere to turn, nowhere to go. With (the canoe journeys), not only does it give you an activity to do or participate or coordinate, but you feel like it’s family. You feel like you have an extended family and those people care.” For people who lack those connections or a feeling of support, being a member of a canoe team may fill that void. For others still, the journey’s were about sobriety. For many, it has. Others that I spoke to in Hydaburg and throughout Southeast agreed that the sense of community they felt with their canoe team was indescribably powerful. “I think it probably changed everyone’s life that went on the trip,” said Stormy, “… I saw people that I’d known for a long time just completely in a different mindset and different behavior pattern while they were on that journey.” Reconnecting with the traditional practice, song and dance involved in the canoe journeys, also offers its own kind of healing. In the early 1900s, the loss of canoe culture coincided with aggressive policies that prohibited Alaska natives from learning about their language and traditions. “Canoe culture has been dormant,” Ken Hoyt explained to me, “It has never died. It was not forgotten.” For many, reliving this culture and connecting with the past is the most important aspect of the journey.

Fred Olsen, the chairman of the board at SEARHC, joined the Hamars in their paddle from Coffman Cove to Wrangell. When I spoke to him, he told me that he was overwhelmed by his experience. “It was incredible,” he said, “Sometimes I would just be paddling along and these kinds of things would just hit me… I wonder if this is what it was like for them.” Fred was instrumental in SEARHC’s decision to fund Chilton’s paddle workshops. For him, the journeys are first and foremost,  a way to reconnect with traditional Tlingit and Haida practices and lifestyle. He can clearly see the connection between loss of culture and suicide rates. To him, a canoe journey is suicide prevention because it bridges a gap where pride in tradition and culture has been torn away.

“There is no better suicide prevention then pride in yourself,” he told me. 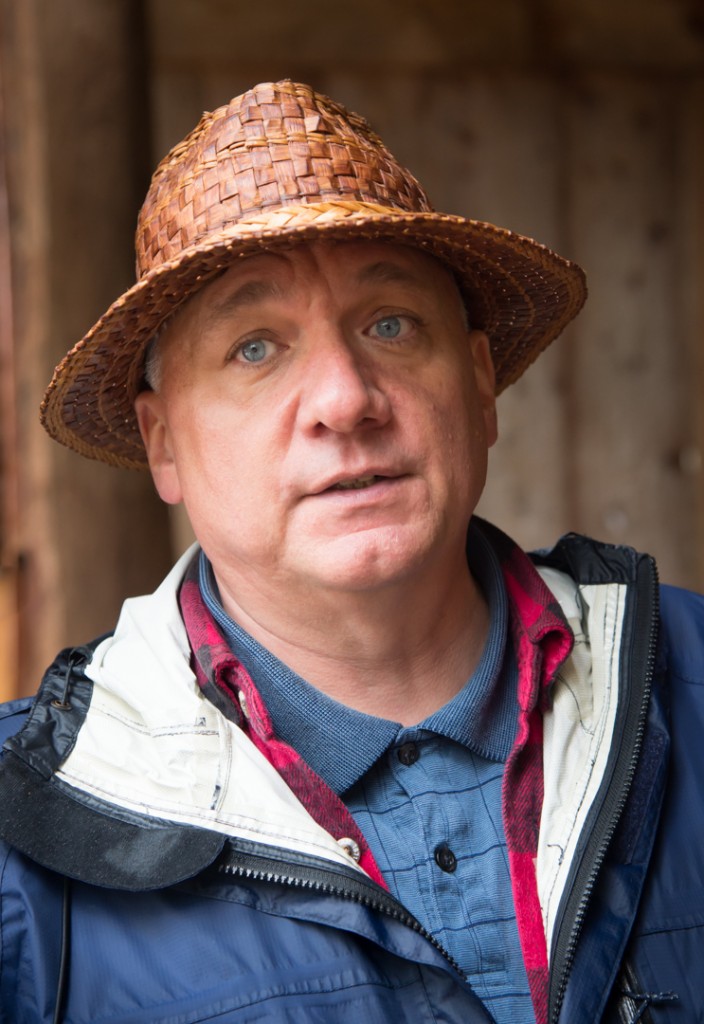 Fred argued that the activity of paddling the canoe is a form of behavioral health. The reason, though, isn’t just because it is physical exercise. “When we go out to get sockeye, or seaweed or collect berries, you have to go out and do this,” he explained, “These are all verbs, they are activities. And so just going to get this stuff makes you healthier. It is behavioral health.” When people stop regularly practicing these activities, as the result of modernization, they lose the “behavioral health” that naturally comes with them. Canoe travel, which was an integral part of living with the land in this region for centuries, is no different. It is a journey that was robbed when people converted to using skiffs and motorboats as a primary form of transportation. While for many it was a practical step in the process of assimilation, to Fred, by choosing that, people lost something vital to their deeper sense of health and existence.

“When we go out to get sockeye, or seaweed or collect berries, you have to go out and do this,” he explained, “These are all verbs, they are activities. And so just going to get this stuff makes you healthier. It is behavioral health.” 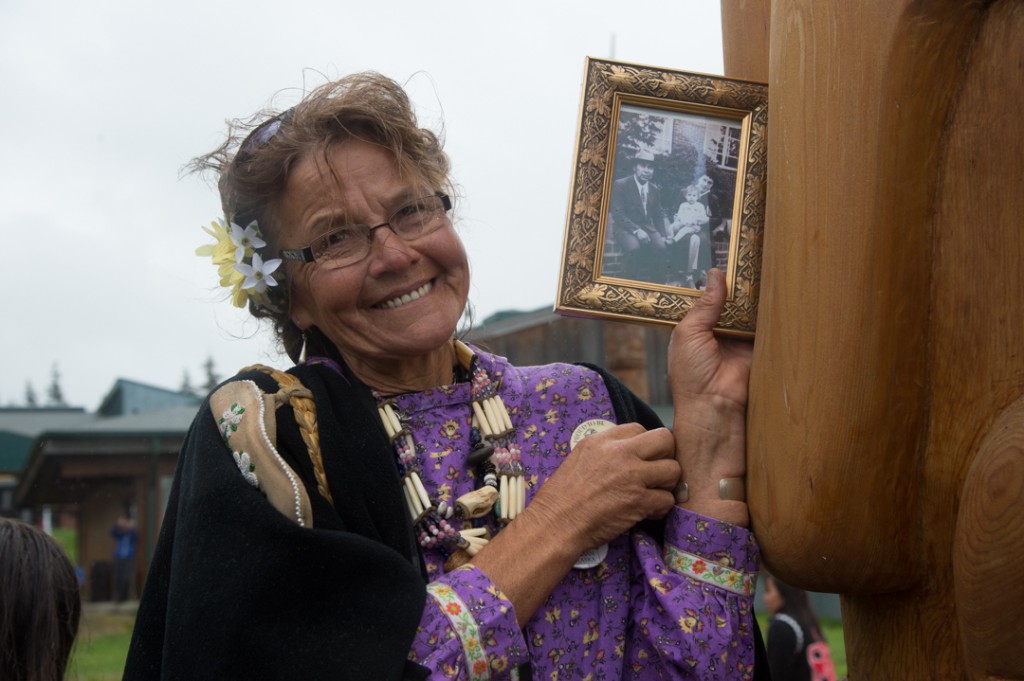 In many ways, the revitalization of canoe culture is motivated by the love for elders and children in Tlingit and Haida communities. Ken Hoyt. from Wrangell, told me that some of the elders in his family would have been old enough to see canoes tied up on the docks. For him, one of the most rewarding aspects of building and paddling a canoe is sharing the experience with those uncles and aunts. “(I love) seeing the look at the face of the elders, like my great aunt, my grandma, anyone who is over 65, seeing them be impressed,” he told me, “…That’s pretty cool to contribute something and in a way, give back to them, everything they’ve given to use.” Among many things, for Ken, the canoe-journey is a way prove to the elders that traditions are not lost and will continue.

On the other side, Doug Chilton from the One People Canoe Society, said that the youth were the primary motivation for his work. He sees the canoe journey as a way to connect youth with different aspects of the culture, like song, dance, carving and language. He told me about his experience hearing a young girl speak her native language during one of the first gatherings he witnessed in Washington. Listen to him tell that story here.

“Right in the middle of the stage they have this microphone and we are waiting for the next group to go on. And I am sitting there talking to my son and then this little girl, she must have been 5 or 6, this little girl went walking out onto the stage and I thought, uh-oh, somebody’s  little girl is getting away. And I thought somebody for sure was going to grab her. She started getting close to the front of the stage where the microphone was… I got worried and got up because I thought she was going to move up in that direction. Well, she walked right to the microphone, she reached up and grabbed the microphone, and she introduced her canoe family in their indigenous language and then led them out leading the song. So, I’m telling you, I was so impressed by that little girl. I don’t know who she was, I don’t know what group it was, I just remember looking at my son and thinking, this is exactly what we need back in southeast.”

Fred Olsen from Kasaan agreed that the benefit to young children and adolescents is indescribable. He was moved to tears by the idea that children in Hydaburg and Kasaan were “going to grow up thinking that we’ve always had canoes or we’ve always had totem raising.” When for so long cultural practices were lost, adults today are thrilled by the idea of raising their children in an environment rich with tradition. 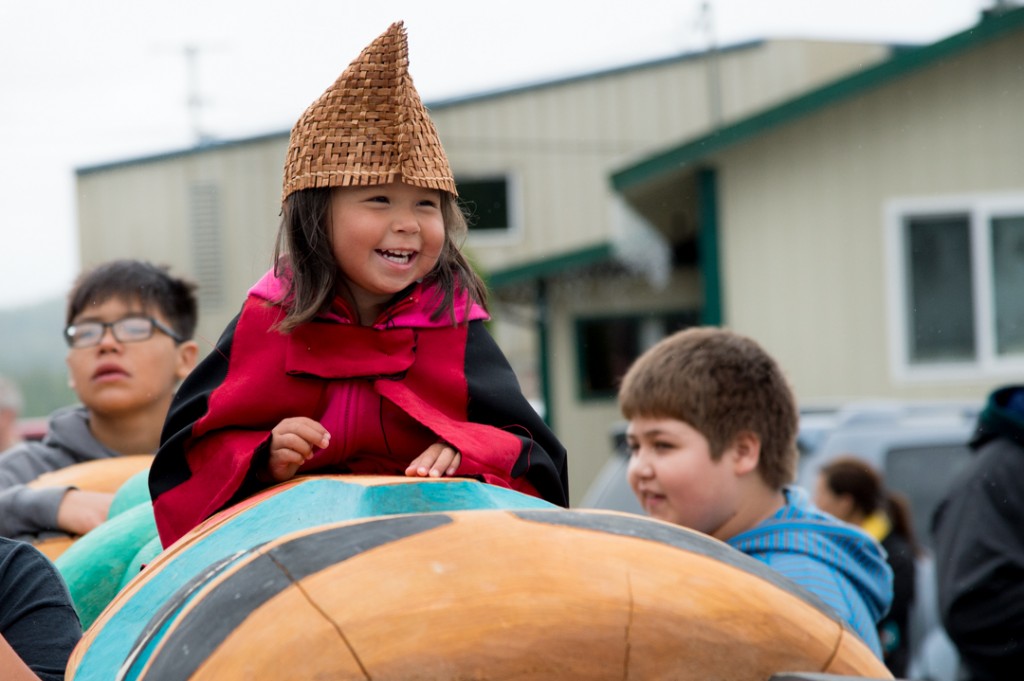 Building Connections to Nature and Place

There is also something deeply healing about connecting with the sheer width and depth of Southeast Alaska. Surrounded by the Tongass national forest, the landscape can feel as vast as the wild lands and waters that surround us, or as cramped as a few miles of road that pass through small towns. While people living in small communities like Kasaan and Hydaburg, go out in motor boats all the time, Stormy Hamar told me, “It’s different in a canoe.” On one journey to celebration, Doug Chilton told me, a canoe team was passed by a whole pod of killer whales. “The feeling was indescribable,” he told me. Timothy Willis Jr., who paddled with the team from Coffman Cove, spoke about how his perspective shifted moving slowly and that closely to the water. “Just getting a feeling of the size of the water,” he said, “The straight looked like it was just over the way, but it was just actually 4 or 5 miles across. Actually getting out there and getting to experience it was kind of impressive to think of someone paddling all the way down to Washington.” Timothy had gained a respect for sheer size of landscape as well as for the traditional Haida lifestyle.

There is a difference between knowing something (for him, that the straight was four miles across) and experiencing that space.  There is a difference between knowing that you live in a wild and abundant place, and having the ability to go out an experience it. Sometimes, it is the difference between feeling whole and feeling like taking your life.. Doug Chilton told me that he could barely find the vocabulary to describe the feeling of expansiveness and connection that he often experienced while paddling. “It’s such a huge thing when you’re there,” he confessed, “It’s hard to put into words what the experience feels like. So all you can do is try and convince people to come try it and experience it for themselves.” With help from an extended network of friends and fellow-paddlers, he is helping people to experience the waters and landscape of Southeast Alaska. The canoe-journeys are one more way that people are seeing the connection between community health, cultural health, and a relationship with the natural landscape. All this work can be summed up simply. Connecting with our past and our present, ourselves and our homes in the Tongass National Forest, inspires us to live healthier, fuller lives.